Asking for input on the RazIR

I’m trying to go through the tedious process of sorting out the best bang for my buck when buying or leasing an IR camera. Has anyone heard of a RazIR? I’ve been browsing this discussion group, looking for anyone who has reviewed it, but I kind of gave up at page 12.
They (company is called SPI) are really tooting their horn about this new camera. Its supposed to come in 3 different models – RazIR LITE, RazIR SX, and the RazIR PRO. I browsed all their literature, and danged if I can find any type of side-by-side comparision on the three models. A lot of difference in the price, but who knows why? Has anyone out there used one of these units? Are they any good? They have a special “lease to own” program through First Pacific Funding that states "$20.00 down and $99.00/month for the first six months. However, I have to fill out the lease application, that requires I disclose some pretty sensitive information, before, I know specifics – like what does the payment go to after six months? I’d like to know a little more about the specifics before, I go giving someone my bank account #'s. Has anyone seen this unit? Heard of this company? Heard of a salesman called Jim Santana? What do you think?:roll: I sent him an email this morning, but have had no reply. Looks like a cool camera, but the internet can make even an old nag look like a race horse sometimes. Any feedback would be most appreciated.

i asked about it last month.
Hit search.

Hit search, and did not find hardly any answers to my concerns that I posted. Anyone with useful info? Sorry – After hitting “search” and searching for “RazIR”, I didn’t come up with a single post with your name on it – it has escaped my grasp I guess.
Looking for the basic difference in specs between the 3 models – RazIR LITE, RazIR SX, RazIR PRO Anyone know? Must be something significant – looks like a couple of grand difference.
Has anyone “Leased to Own” through SPI?

I think the Razir is pretty cute.

I looked at one a few years ago when I was deciding on which camera to purchase. I demoed one from a local dealer. It’s an “ok” 160x120 sensor orientated in the vertical. Depending on model, it had voice annotation and a visual camera. The visual camera was very poor and dim. The included software was just “ok” too. It is small and light and had a belt holster that made it very convenient for use on inspections. The battery life was good. BTW, it’s made in China so having a good dealer to stand behind the warranty is essential.

If you are near a major metro area, try and find a local dealer. The SPI guys made me nervous. Kinda used-car-salesman-like. On the other hand, I know they do a lot of business and have been around for a long time. If I had purchased it, I would have used my local dealer. Ask to see the full lease agreeement before giving out any sensitive info.

FWIW, all this is just IMHO.

James- I am under the same opinion as rdawes. The former company I worked for bought a PM695 a few years ago from SPI and the deal went ok but the SPI guy we were dealing with was a total used car salesman. Never would answer a question straight out. Back then I thought the camera would be very convenient but 160x120 resolution isn’t the best for PdM work. I think the biggest concern would be the 2 hour battery life.
As far as First Pacific Funding; they are used by many of the camera distributors. I can’t tell you what the rate would go to after the first 6 months as it depends on your credit rating. If you need to talk with someone from there and don’t get the answers you want let me know and I will connect you with the guy I use that is with them. He has been good to me. 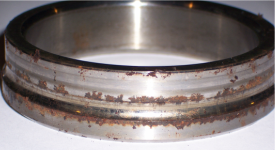 Utter Precision, Inc. specializes in reliability solutions. We are experts in Vibration Analysis and Infrared Thermography for all applications from predictive maintenance to electrical inspections to mechanical inspections, to housing inspections,...