Any idea what caused these blowouts? 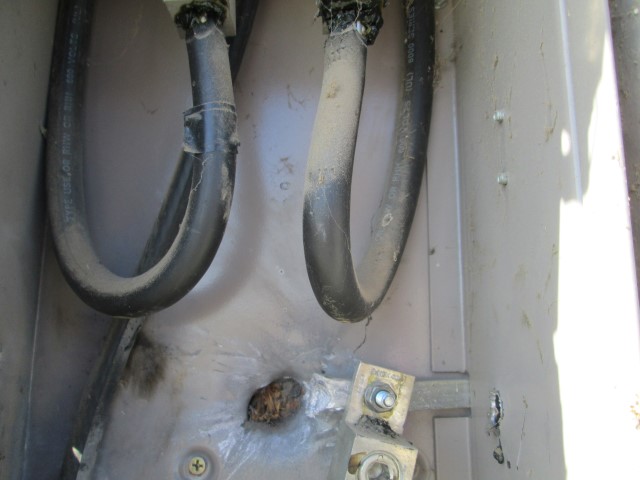 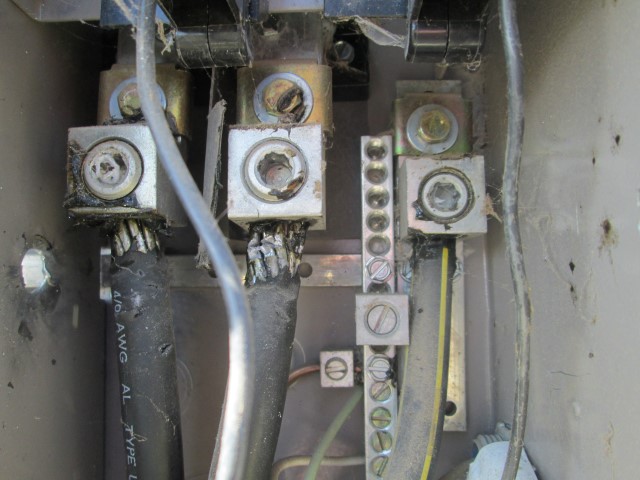 I generally refer to those as “tool marks.” This often happens when someone is working within the energized panel, and the tool they are using comes into contact with grounded and ungrounded components at the same time.

After looking at these two photo’s and the two in the other post I see no evidence of something being blown up. The hole between the two sections appears to have been drilled since it’s showing no damage to the surrounding paint. A ground fault at that spot is not likely to have taken place great enough to burn a hole through the metal with serious paint damage. At the large hole in the back of the left portion of the enclosure the neutral bar appears to have been cut, ground or sheared off. Without higher res photo’s it’s hard to make a more educated guess.