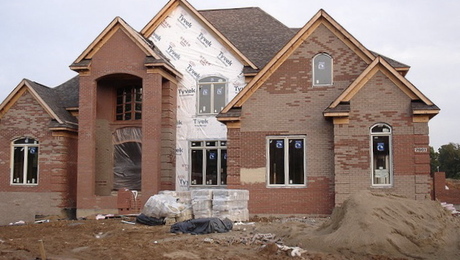 With almost 19 million homes standing empty in a time of high housing costs and widespread homelessness, we should consider all our options--including the unthinkable ones.

There is no housing crisis. There is plenty of housing for anyone currently in the market…or projected to be in the immediate future.

The percieved “crisis” has to do with changing paradigm for builders and used house salesmen.

When the dust settles and the smoke clears, the new economy will be driven (in a large part) by those who are skilled in retrofitting/upgrading existing structures to become more comfortable and energy efficient.

As is being demonstrated in Florida and California, once thriving markets for builders and used house salesmen, instead of developing land for new dwelling units it is being used for wind farms and other alternative energy generating activities. The world has changed and the economy will be pulled in that direction in spite of the reluctance of those insisting that the “buggy whip manufacturers” are still secure.

There is no housing crisis. There is plenty of housing for anyone currently in the market…or projected to be in the immediate future.

The article says that. It’s how can we afford to get people into the "18.8 million housing units now standing empty".

Stop the incentives companies get for doing business overseas. Then the companies will hire more people here in the U.S. who will then have money to buy homes. Taxing 30% on all imports may do it also.

Home builders have had the perception that bigger is better. Larger homes over the years have been the result. We need smaller homes. The American family is now smaller, and no longer demands a large home. People are retiring, and demanding more condos and maintenance free living. It is no longer “trendy” to live in a nice home. Now days, all you need a fancy cell phone and knowledge of the best place to get coffee. Even car dealers are hurting, because driving a car is not as trendy as it used to be.

This must be a good idea because when I first started seeing them pop up I had the same thoughts.
Here in Chicago many of the old Grey stone buildings were split in two so there were more living units for soldiers returning home.

They did that in the soviet union also. But not by choice. The good thing about the prices is my Daughter and several will now be able to afford to buy as we were at a young age. But the rates were double digits then.