Do you Texans really BBQ your Thanksgiving turkeys?

… or do you just BBQ the leftovers?

BBQ’d turkey has already been ordered from Greenbergs in Tyler, TX for delivery of Thanksgiving week at daughter’s family house in Houston for dinner with grandkids.

My wife is going down and I’ll be laying low at home recovering from surgery that I’m having tomorrow morning.

BTW - Greenberg Smoked Turkeys is a longtime tradition for many folks.

Like Nolan I assume by BBQ you mean smoke it. That’s pretty standard along with an oven baked turkey but it’s not really just a Texas thing. Smoked turkeys are probably available throughout the US. I’ve not done a baked or smoked turkey in probably 25 years though…once you’ve had a deep fried turkey many folks don’t want to go back to any other kind. Tender, moist, flavorful and it’s just a lot of fun to fire up the gas burner in the back yard and deep fry it.

I have smoked a few. Though they are kind of hard to get a paper around the

I prefer deep fried myself. I am frying 3 for the consulting firm Monday and 1 for the family on Thanksgiving.

I’m not even a Texan and I have barbecued a turkey or two!
Smoked as well.

Did someone just say smoking a Turkey?

I had my first Greenburg turkey last year and it was the best I have EVER had!!! 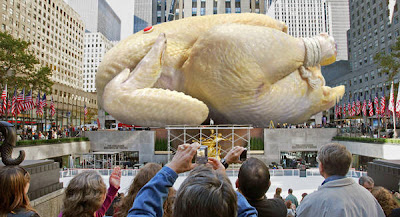 igmfc
i’ll be smokin’ bird, venison & ham
fam tradition around here since i was a teen