Every time I find this defect I hear "I had the home inspected, no one said a word"

Doors get added into the sides garages all the time, many times the areas where the plate was cut lacks the addition of bolts/hardware or the framing was not designed properly for the addition of the door… an easy place to notice amateur like work? Doors with out exterior light fixtures… they are required here (and most places) at grade level exterior doors

Of the many older homes I inspect, if there is a seller present, I will usually get a comment or feedback that they had the home inspected and no one said a word. 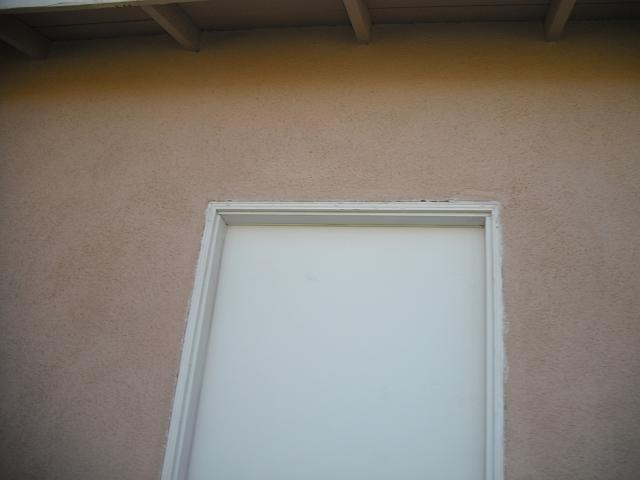 Tim
looking at the photo provided, I can understand listing the missing exterior light fixture.
the comment regarding “the framing was not designed properly for the addition of the door”, is something I can not see. if the work was completed and then covered up or closed in, I’m not sure how an inspector could comment on the framing, etc.

What I’m saying is… noticing a missing light fixture, is likely good reason to look for related defects

You can plainly see the recessed framing and the EFIS has been damaged slightly during the fitting…
The framing ( wood diameter ) is to small and insufficient. 2/8 2/10 with a header.
I see not header cut.

You can plainly see the recessed framing and the EFIS has been damaged slightly during the fitting…
The framing ( wood diameter ) is to small and insufficient. 2/8 2/10 with a header.
I see not header cut.

It does look a little recessed.

Serious doubts too that the EIFS was correctly retrofitted around the new door and frame. At the top you can see the jagged edges of the EIFS finish. No back wrapping or transition joint and sealant around the brick molding. Hope you called it out as well as any place else like around windows, other exterior features that require it. It is extremely rare that I find any EIFS system that was installed according to the manufacturer’s instructions, pretty much making it a nightmare waiting to happen. We have whole neighborhoods where it is installed wrong. Unfortunately no one wants to pay for an EIFS inspection until well after the serious damage has occurred. If it is as I suspect, no light is the least of their worries. In fact the lack of a light fixture may be a blessing in this case. One less place for moisture intrusion behind the EIFS.

Another good point.
The EFIS should have been sealed and insulate the void with minamul expansive foam and the header would carry the electrical housing ( boxed insulated for wiring and meret ) . and light would be affixed to the top header plate.

Guys how do you know it is EIFS? Very few places in Calif have EIFS. That is a pretty big assumption.

Yep. Looks like hundreds of doors installed in hard coat stucco in SoCal. Not sure when the exterior light was required around exterior garage doors. Homes from the 50’s and 60’s don’t have them. They do around the home doors but not the rear garage door usually.

Were the inside wall visible to see if the modifications were more recent? The two homes I have in Santa Barbara are both from the 50’s and look identical to this on the exterior. Both are lacking any drywall on the exterior walls.

Mr.Lambert.
Hard coat stucco falls within the definition of the 8 types of IFIS and its 3 subcatagories.
Here is a link to NACHI TV and the wonderful online courses it offers.
At 8 dollars a month you can not afford to NOT spend that pittens for such a large collection of residential knowledge in my view. .

Recent (last 10-15 years) modification. Typical stuff… no bolts @ plates where cut, no king studs (was on gable end, but hey!) and so on. Just your typical scabbed in door.

Robert, in our SoCal world, traditional / 3 coat stucco doesn’t fall into the same definition of EIFS. By definition, we generally classify synthetics as those with a different base, such as foam core backing, polystyrene etc… A traditional / scratch / brown / finish type of stucco system does not gain the similarities or reputation of EIFS or synthetics.

Sounds like just about every 1950’s - 60’s tract house down there. :mrgreen: Now if you tell me there were snapdragons planted along that wall I will have a hearty laugh.

sorry to disappoint, no snapdragons there.

“Updated and ready to move in Ranch Style Home”

All the snapdragons, olive green metal cabinets and appliances were all gone. $0.75 a square foot laminate and in-stock cabinets… badda bing!

Thanks for the update.
Lots of hard coat in Montreal also.
Just thought that good terminology was the bases for a proper narrative.
Never applied 3 step hard coat.
EFIS is the rage in Montreal seeing it has good insulation property’s along with a better pricing and the many visual effects from crown moldings to signage that can be incorporated into the form.
Thanks.

Shed some light for me on the “method” they used and apparently is common practice there. Why did they make the brick molding flush with the siding? Typically, the brick molding stands proud out away from the exterior wall surface. This makes it dang near impossible to make minor repairs for when the bottom of the door frame and the molding will rot out and makes the door look unfinished. Just don’t know any better or don’t give a fig?

Stucco mould is very common here, it is similar to brick mould, but has less of a profile in width and height, it also provides a mechanical key for the stucco. Whereas brick mould has square / flat surfaces.

Once in awhile, you’ll see a 7/8" metal casing bead being used around older windows and doors, ie. a re-stucco. 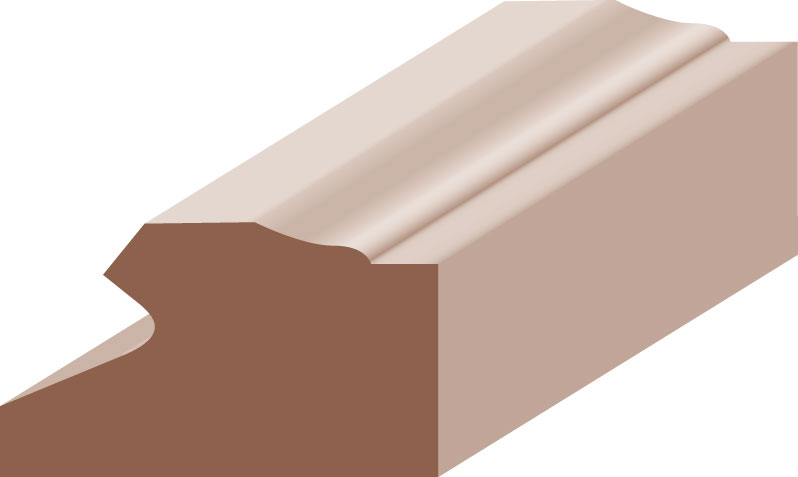 Recent (last 10-15 years) modification. Typical stuff… no bolts @ plates where cut, no king studs (was on gable end, but hey!) and so on. Just your typical scabbed in door.
It is anything but typical door mount in my neck of the woods.
It is a half azz job.
I myself have never worked nor seen many reto fits like that.
I am not be condescending , but it is a poor job to say the least.
I would be fined heavily for doing work like that In Montreal, by the RBQ…

A question Tim.
That molding is put on before the stucco and to allow for sealing between the layers.
That is the reason for the concave left section being longer at the bottom portion. It is to accept the the brown and stucco coats
Am I mistaken.
I have watched it only a few times by some old school Europeans.
If the is a garage door entrance I do believe a metal cased door would be the proper venue.
I am not sure because I have only installed wooden framed, and cutout brick application.
I would hire my iron worker to install metal door frames.

Yes, the “key” or concave section allows for a mechanical fit of the stucco and the moulding. I may have some installation / removal pictures… I’ll look, but I’ll likely forget

The “typical” comment was sarcastic, it was meant as “typical” crap or substandard work and is mentioned as such.

The gable end comment is one that, well… I was at an inspection a few years back… the seller said he was a “General Contractor” <-- (a loosely used term, by the way) and was finishing a wall cooler installation where the studs were cut and no header/lintel had been installed. He said “It’s Ok, there’s not much weight on a Gable End of a home, a header is just a waste of wood, so it’s OK”

Tim
looking at the photo provided, I can understand listing the missing exterior light fixture.
the comment regarding “the framing was not designed properly for the addition of the door”, is something I can not see. if the work was completed and then covered up or closed in, I’m not sure how an inspector could comment on the framing, etc.

Gosh, I wonder if thermal imaging would have seen the improper framing beneath the wall covering!