Gable end wall in attic. Wood siding installed over lapped felt placed upon studs. From the attic view point you can see the felt. It was common in older homes.

Is exposed felt in an attic against code or an item to write up? Argument is flame spread rating. 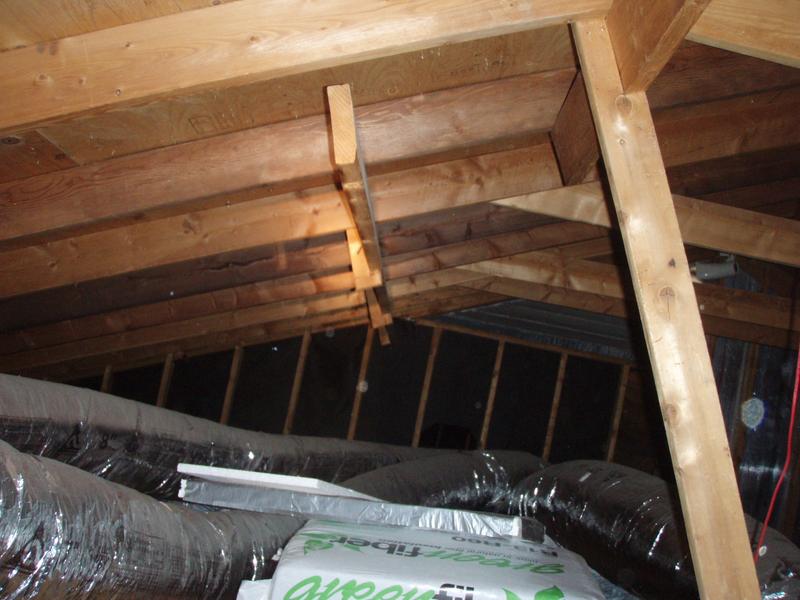 It also looks like you had braces removed from purlin bracing / support in order to put a air handler in the attic…just food for thought.

Yes I have seen this in Montreal. Common I would disagree.
Now it looks like a knee wall was cut away in my opinion. It was replaced by a jack stud. Any more photos or the attic?

Good point Mr.Haynes.I did not see your posting.
Purlin or knee wall?