I just inspected a house that claims to have a floor warming system. Attached are photos of what I believe are part of this system. One seems to be a distribution manifold for the system and the other appears to be a separate furnace and pumps for the system. There was another larger forced air furnace and ductwork in the attic.

Since the gas and water was off, I could not test anything. Short sale as is transaction. 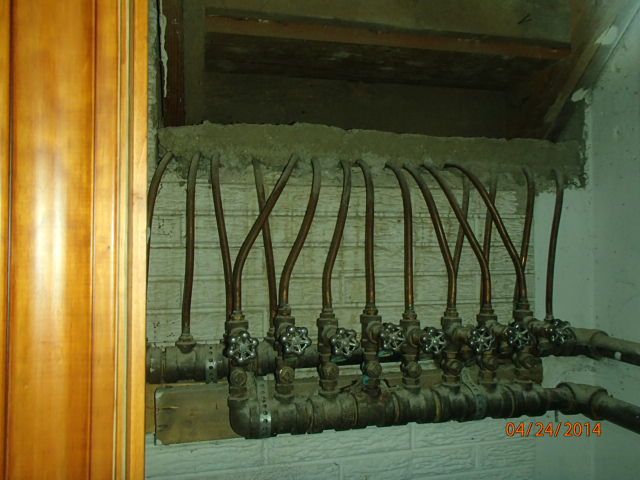 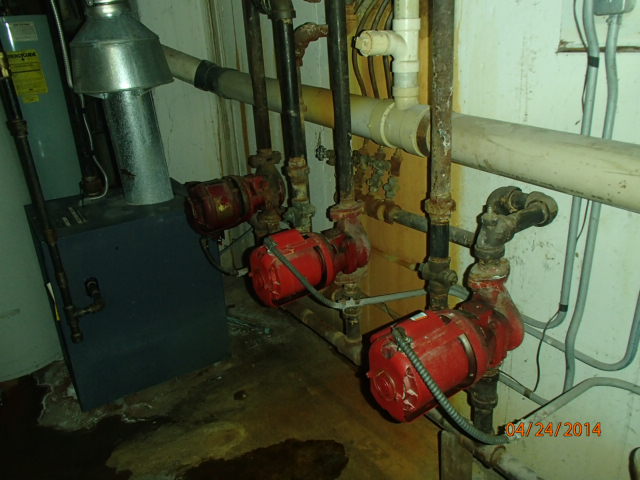 It is,top picture is the zoning header second are your reciclying pumps and boiler

It also doesn’t show an expansion tank for the boiler but we’ll assume there is one. It’s a closed system so you should be able to turn it on. Without gas there would be no means of pressure testing anything. It also appears to be zoned whereby the recirculating pumps are dedicated to a certain area if the house… Copper lines suggest sixties or late fifties. Boiler should be newer. Pass of to a licensed plumber who is familiar with how to test for any leaks that may be present.

radiant heating, its typically a lower temp forced water system, although they do make electric yours is (obviously) water. The entire floor is warmed and radiates the heat through the home. Some folks really love 'em. The floor will not get hot like typical baseboard (hopefully, LOL) but warm.