Upon successful completion of this course, students will be able to: understand general abbreviations and definitions used to describe a home and its systems; discuss the development of dwellings and housing; and understand health concerns regarding urbanization and housing development.

Students are free to pose questions and comments here and join in the conversation with other students. The thread will be monitored by the course instructor.

Here is a home we expect to see in our current age. Prior to this many people lived in multi family dwellings or in housing provided to them by the companies they worked for. Greater spacing between houses reduces the possible damage from fires. 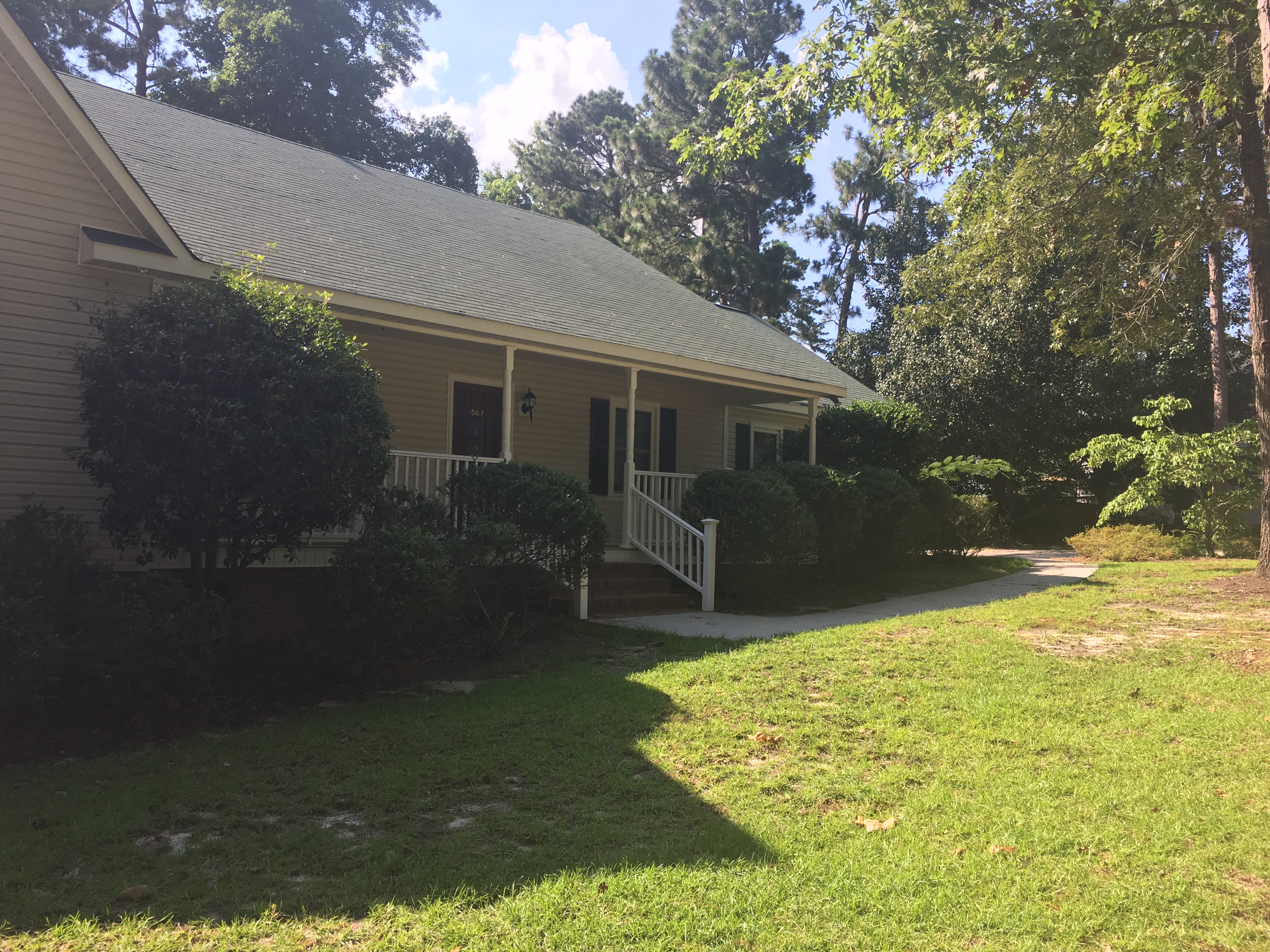 I looked at a picture of a modern house. As technology and travel advanced during the 20th century, people were able to commute further to their place of employment. Many people prefer the larger space that comes with living in the suburbs or a rural area.

There are many double and triple lugged neutral wires found in the main service panel box. This can be a safety or equipment hazard under certain conditions. I recommend a licensed electrical contractor further inspect and repair if deemed necessary. 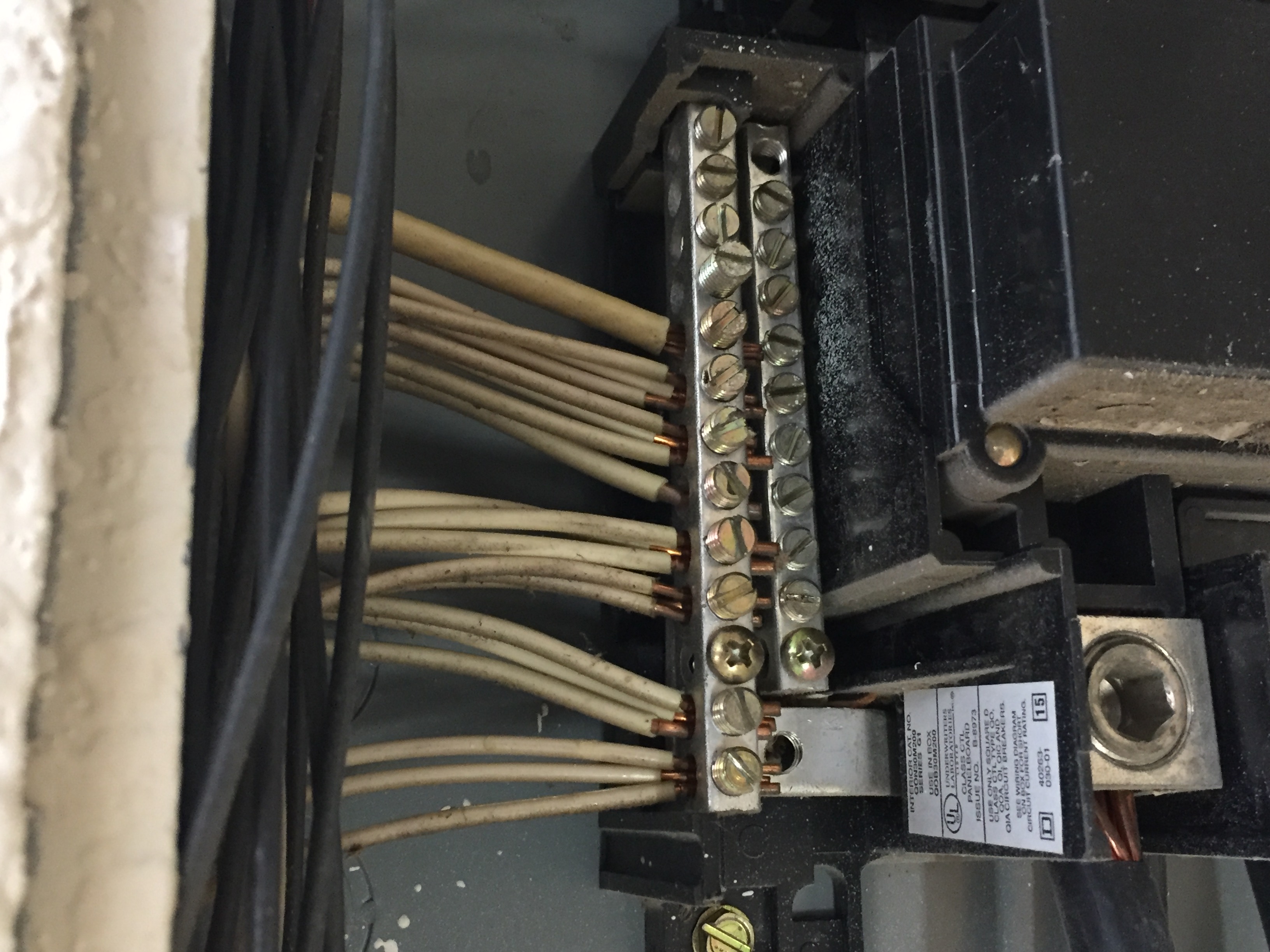 Most air cleaners are designed to filter either particles and/or gases such as odor. They contain two filters. High-efficiency particulate air (HEPA) filter is used for removing particles and an activated carbon filter for absorbing gases like odors. In some cases, they may help reduce odors but they will solve radon and volatile organic compounds (VOCs).

Tenement housing was prevalent in New York City and other large urban areas. As you can see from the photos building codes and requirements were not geared towards safety of residents and especially children. Certainly the railings and stairs don’t meet today’s safety standards. 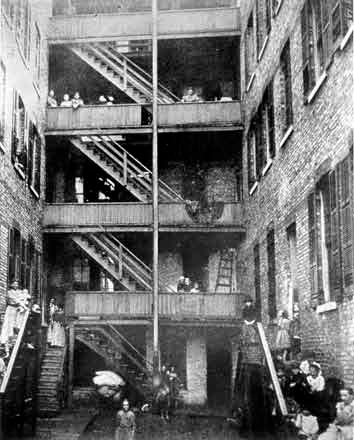 Tenement housing was prevalent in New York City and other large urban areas. As you can see from the photos building codes and requirements were not geared towards safety of residents and especially children. Certainly the railings and stairs don’t meet today’s safety standards. 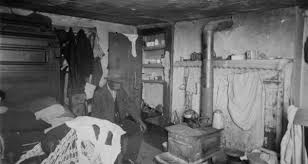 I reviewed the article on Carpet Mold: Identification, Prevention and Removal. Although slight cases of mold in carpet may be able to be removed, as a general rule if the time has exceeded 48 hours, it should be replaced. Plan the areas you will have carpeting and maintain the correct humidity level in your home.

I researched pictures of the interiors for some of the living spaces mentioned in this training found in New York. I found this one of the interior of what the training refereed to as a “slum”. Many of the images showed very poor living conditions. 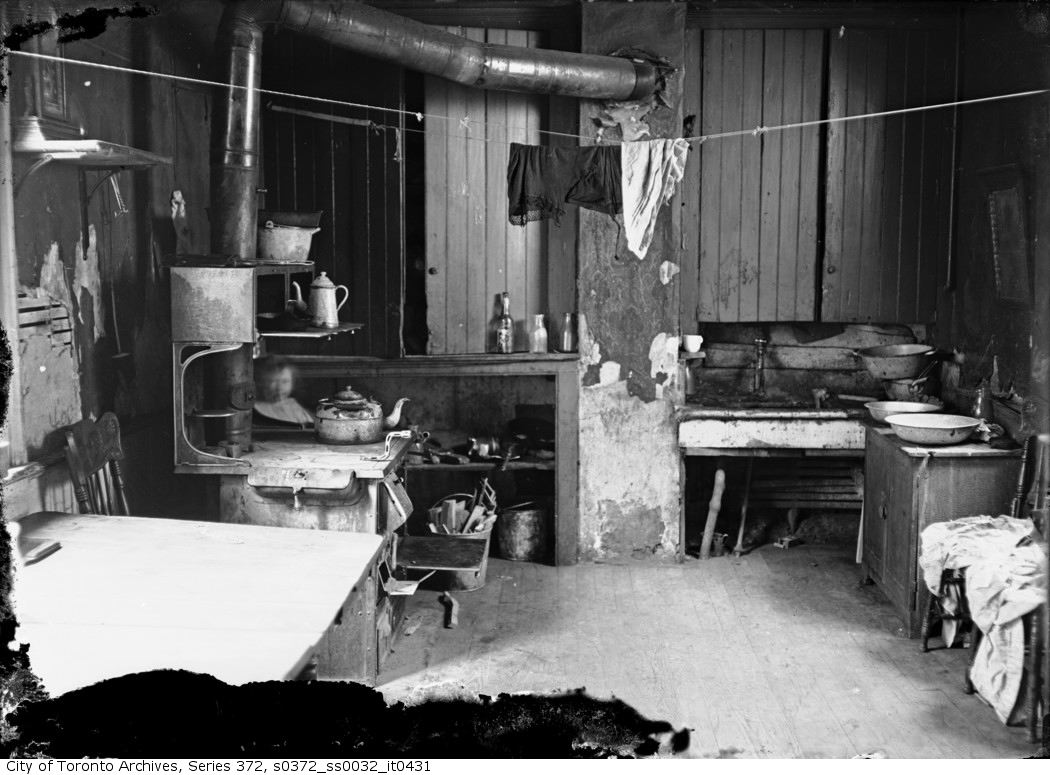 I reviewed the article on lead facts for the consumer. If you are considering renting or buying a home built prior to or around 1978 this there is a lot of great info to be found here regarding how to keep you family safe. Kids are especially at risk to lead poisoning.

Although these little towns seemed like a good idea for the company, they weren’t good for the workers. Most of their checks went to the company through the stores on site or for the housing they were living in. Just a start to corporate greed. 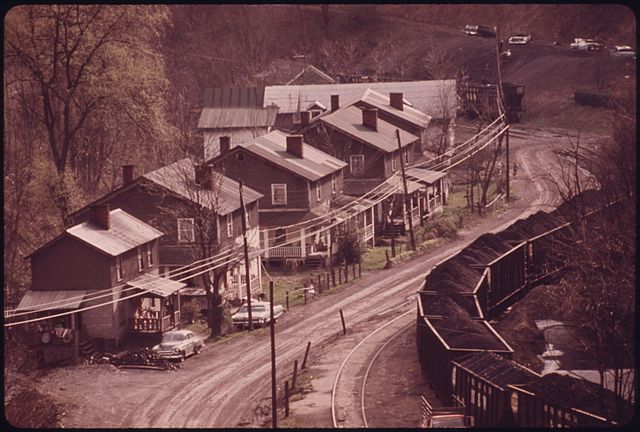 As the population grows throughout the country, the need for more multi-unit housing is greater than ever. These units often attract younger folks that aren’t ready for the responsibilities of single family homes. With the ability to build up instead of out means more units can be added to a single city block versus single family housing.

In densely populated buildings noise becomes an issue. It gats transmitted through air, water and solids. It can originated from equipment and people. The noise itself is defined by frequency amplitude and wavelength. Selecting building material can lessen the impact of close living.

Row homes; these units have separate water, sewage, natural gas and electric utility hook ups. This improves quality of living in that the units are independent of each other. It is not visible that the units are separated by a fire wall. This would not protect units from fire in another unit and us a safety hazard. 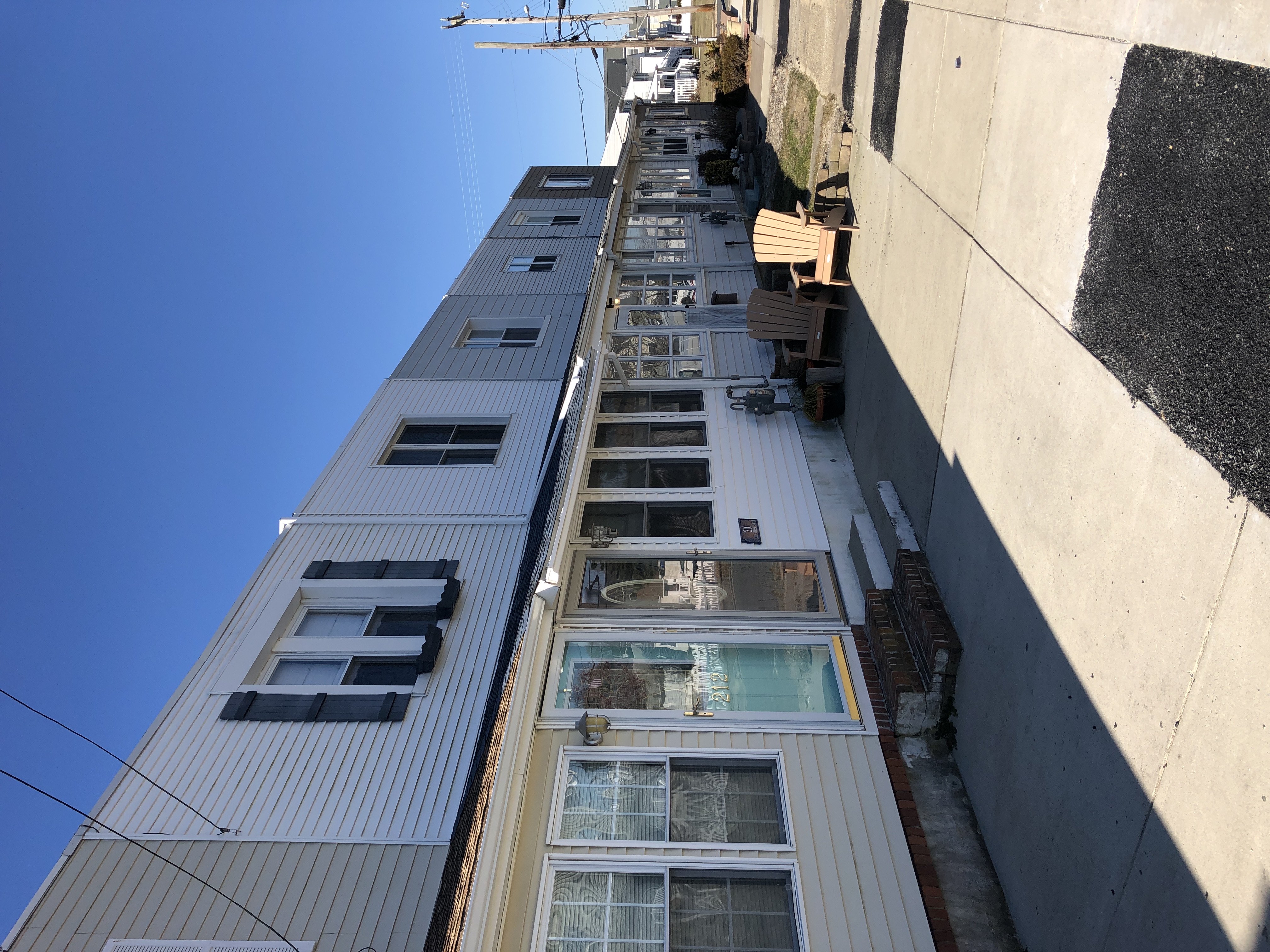 Manufactured homes were invented as an inexpensive form of housing dating back to the 1950’s. These homes were used as temporary housing designed to be left in a location for a longer period of time. Sometimes even used a permanent housing ans installed and anchored to a permanent foundation. 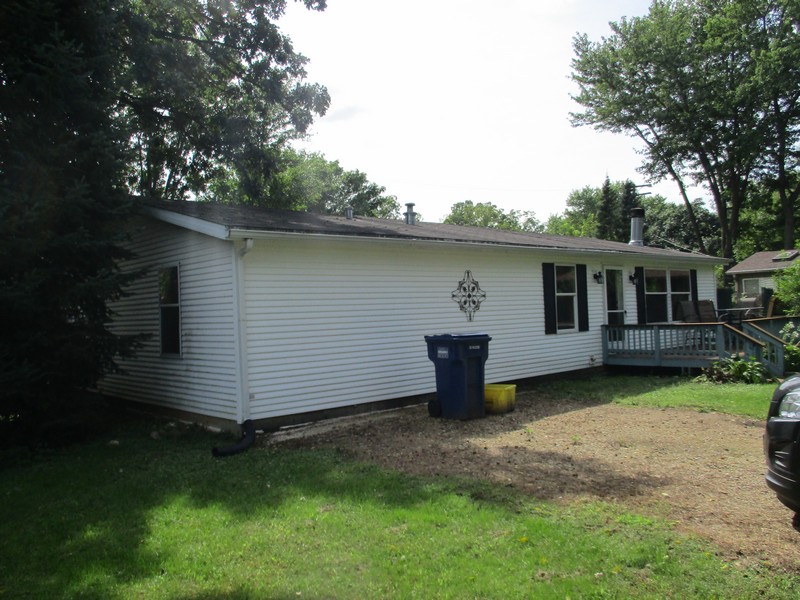 Foreclosures can happen for a multitude of reasons, one being outstanding Home Owner’s Association dues (HOA). This may be very uncommon but should be investigated prior to closing on a home. Unpaid dues can result in foreclosure, which is likely not realized by many home owners.

This is a picture of suspected biological growth, apparant mold. Modern housing and increased sanitation have lowered the rates of mold inside residences, however, high levels of moisture inside buildings still allows mold to be a problem. Lowered interior humidity and cleanlyness all play a factor in mold growth. 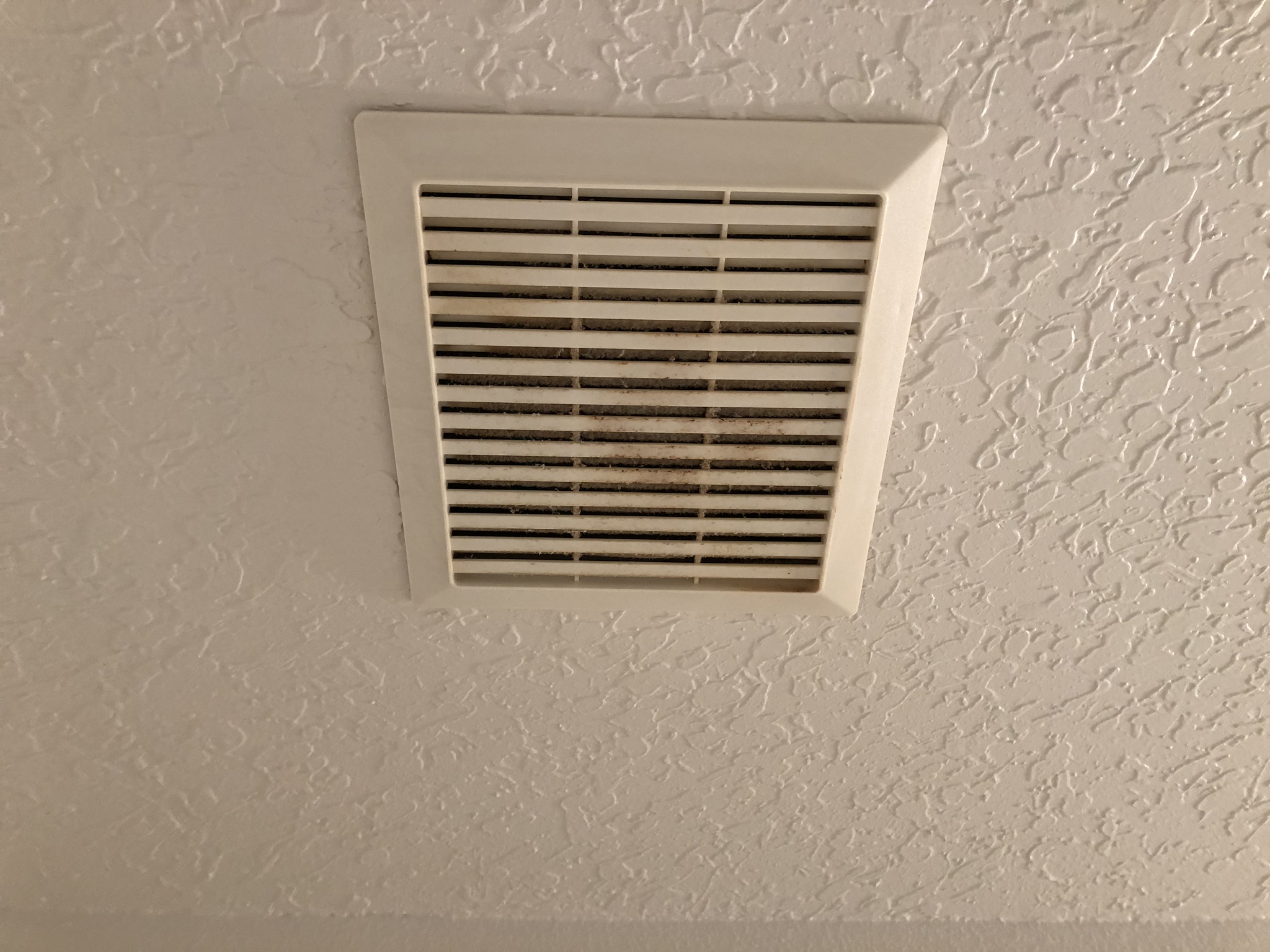 In the article ceiling fan inspection it talks about two of the most common issues found regarding ceiling fan use. The first is the direction of the fan spin for summer and winter. The second is too be aware that homes may have an interior fan mounted in an exterior location.

This photo is in regards to the requirements government started after WWI. Each dwelling should have at least one private toilet. However, doors were not a requirement. That would not come for years later. I believe this should be acceptable. 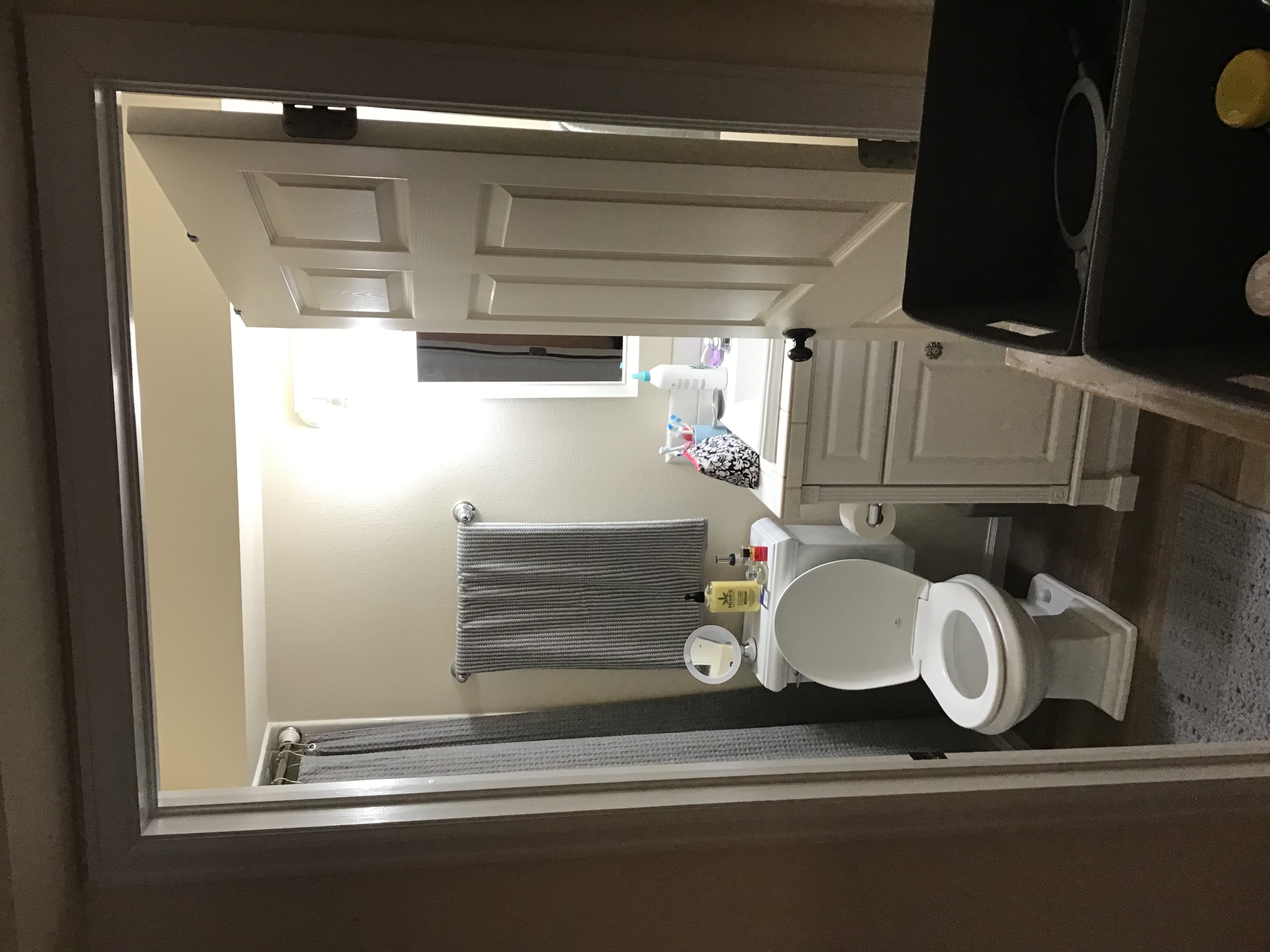