This reality is not reflected in the Tampa Bay area which is under another housing boom. My guess it stems from the horrible winter most of the country sufferer through.

WASHINGTON (MarketWatch) — In the latest sign of a changing housing market, homeownership rates are at a quarter-century low, while the rental-vacancy rate is close to the slimmest proportion in more than two decades, according to government data released Tuesday.

The seasonally adjusted homeownership rate, which shows the share of occupied homes in which an owner lives, fell to 63.8% in the first quarter — the lowest proportion since the end of 1989, the U.S. Census Bureau said.

Families with income both above and below the median have seen drops in homeownership rates over the past year.

Weak income growth and difficult-to-get mortgages are likely behind homeownership drops, experts say. Home prices that are running higher aren’t helping, either. Nor are the millions of properties that are underwater — these homes are worth less than owners owe for their mortgage — with borrowers struggling to make monthly payments,

However, long-term trends show that the drop in homeownership is actually pushing the U.S. back to “normal” levels, said Sam Khater, deputy chief economist at CoreLogic, an Irvine, Calif.–based analysis firm. The market may even see further drops, he added. 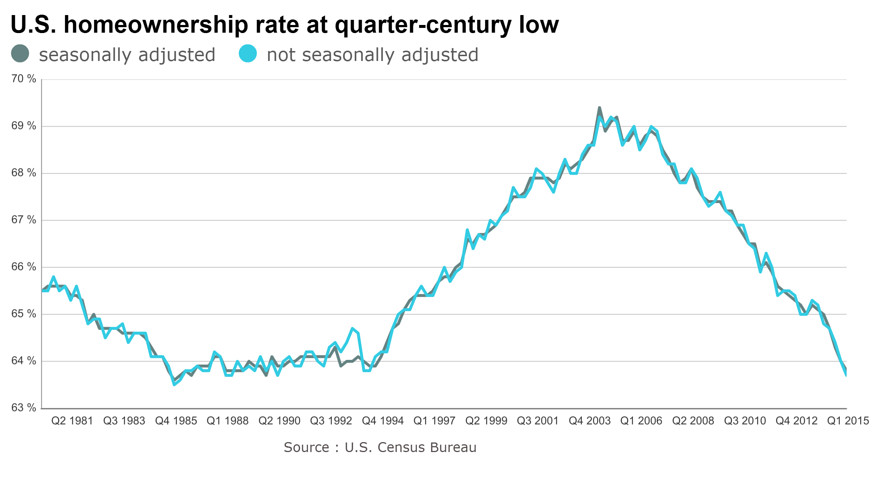