How about another Challenge with a prize!

Here you go, guess both the issue and the resulting effect to win. The result will be an educated guess as there is nothing in the photo which shows it.

$20 for Dunkin Donuts for the winner.

P.S. And Chris Currins can’t win this time as he already has a gift card heading his way from the last challenge. 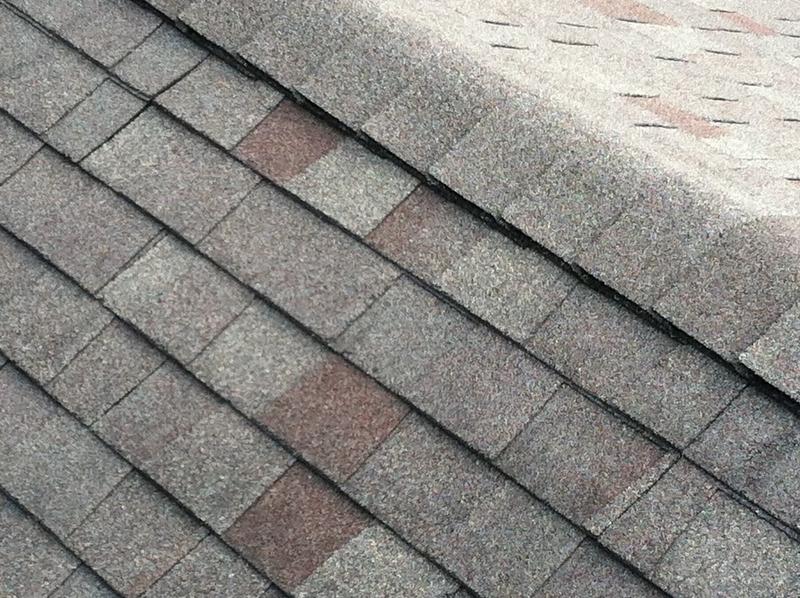 Appears improper installation. Looks like the rows were not properly started/aligned, causing some joints to be layered directly over each other.

This should be in the roof section.

Roofing shingles are not properly lined, allowing moisture into the structure because of lack of tar paper.

This is outside the box but. The shingles and decking were cut and removed to replace or install an ac unit. jmo

It looks like the top layer was not staggered correctly. Moisture is going to get under the shingles now.

This will help someone.
Those tabs spaces are lined up near top and I see stains from missing shingles (unless that is the pattern).

I think that is the natural coloring. I think its colonial slate

Several of you got it right, but Gary got it first. Good eye! (Though Gary should get docked 3 doughnuts for trying to police the placement of this challenge!

The top two rows of shingles were perfectly aligned with each other and water leaked all along the length of this area of the attic.

The owners addressed the leaks by caulking all the joints at the decking and the rafters and by laying down a plastic sheet over the entire attic section. :roll: The best part of it all is that it had been that way since 1992. Leaking only occurred during heavy rains so the owners apparently never got too concerned about it.

Send me a PM Gary with the address for your prize. Good answers guys! 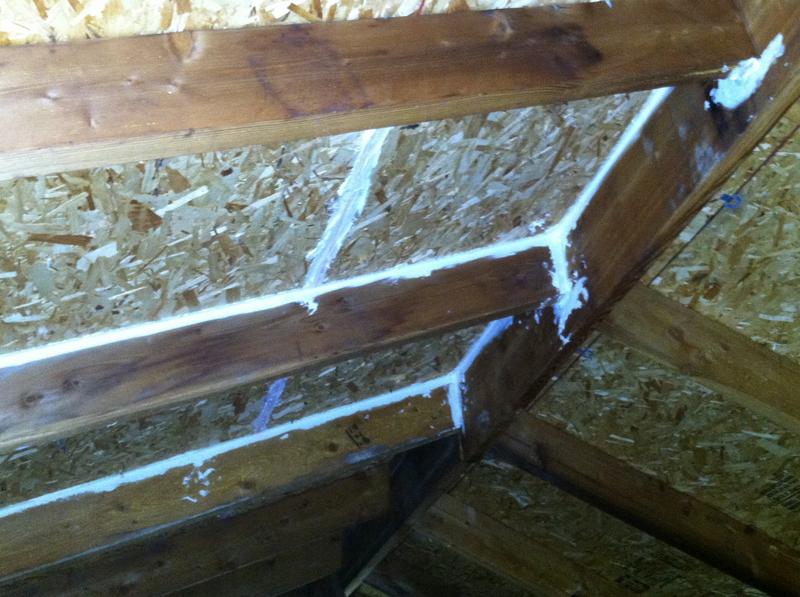 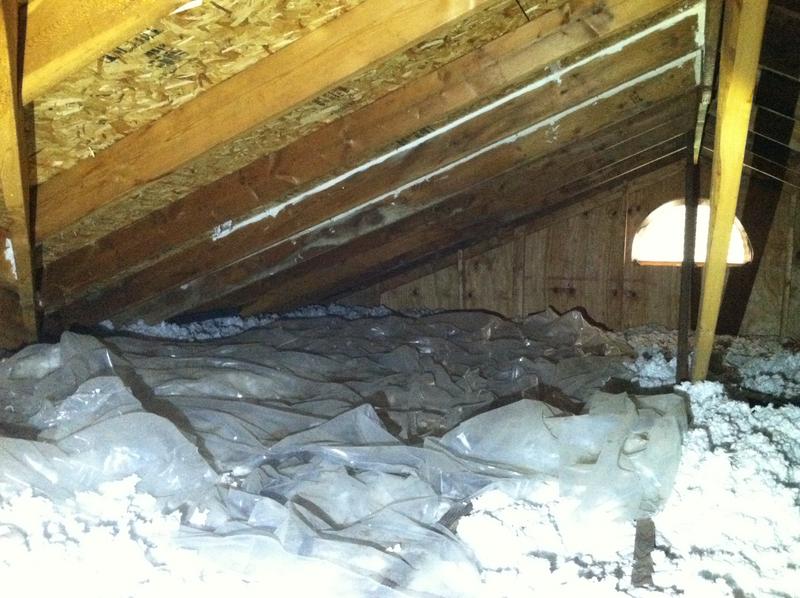 It is on the contacts page of my web site.

When installing enhanced comp roofs, the first row is laid in full at the lower corner of one end of the roof. The second is started by cutting up one full shingle by thirds. The second row uses the two-thirds wide piece, and the third row starts at the gable edge with the one-third piece. Then full pieces/sections are used throughout. It is important to start the first three rows of shingles at the lower corners this way, or you get serious open shingle joints, as what happened here.

May roof installers do not, or cannot, read the instructions on the bags of the shingles.

Actually, my renewal date isn’t up yet and I’ve already “re-enlisted”, that is, they have my money. InterNACHI must be using a Windows based computer.

When installing enhanced comp roofs, the first row is laid in full at the lower corner of one end of the roof. The second…It is important to start the first three rows of shingles at the lower corners this way, or you get serious open shingle joints, as what happened here.

Good description Gary, I would just add for the newbies that the stairstepping you describe has to repeat beyond the first three rows which is I’m sure what you meant. The majority of this roof was properly staggered but for some reason only the top two courses were aligned. It made no sense at all except that there were original construction mistakes similar to this throughout the home. I think the owner took on some of the construction themselves.

These architectural grade shingles aren’t as easy to spot when the seams aren’t staggered correctly, or at least they don’t jump out at you like a common three-tab will.