How much time do you spent inspecting?

How much time do you spend inspecting the electrical system in a one family home built before 1980? Did you ever encounter a situation similar this this one?

Usuallly when I see them they are in the skeletal state.

This guy was such a sound sleeper, he never woke up. 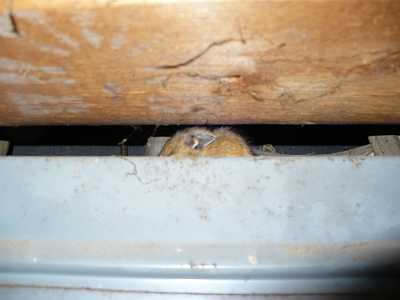 For me, the time is the same regardless of when it was built. I always look for the same things on every panel…the only things I do differently is look for solid alum. wire in older panels as opposed to the newer ones. But, checking for proper wire size, double taps, neutral connections, etc…is a constant on all panels so the time doesn’t really differ.

Seen it many times.
A good reason to ensure the knock outs are capped and panel cover secure.