is BC Home Inspection a failure

Oh no here we go again!!!
http://www.cahpi.bc.ca/become-a-home-inspector/education
CAHPI(BC)** highly recommends** the Carson Dunlop Home Inspection course. This course consists of 10 text books and CD’s and includes technical support. It is available through home study. The technical support is provided by Carson Dunlop and is available for one year after date of purchase. Cost for the complete course, including technical support, is $3995 plus $78.40 shipping (this includes the applicable HST) and is tax deductible. Click HERE](http://www.cahpi.bc.ca/wp-content/uploads/2011/09/CD-HOME-INSPECTION-TRAINING-PROGRAM1.pdf) for more information and HERE](http://www.cahpi.bc.ca/wp-content/uploads/2011/09/CAHPIBC-ORDER-FORM-Carson-Dunlop-June-12.pdf) for an order form.

Thats awesome! Only because to 2 largest lawsuits filed against a Home Inspector in Canada are from BC, and award winning CAHPI members! What a joke!!!

…and licensing doesn’t protect anyone but only pads the governments pockets. Security guards are licensed, yet I’ve met many who can’t write English. Says a lot I think.

A recent W5 program has brought to light how flawed the BC Government regulated *Vehicle Safety Inspection Program *actually is. Under the governmental regulation all rebuilt or repaired cars involved in accidents have to pass a safety inspection before they can be offered for sale again.

The inspections are being carried out by private inspectors** “*authorized” ***by the Ministry of *Transportation. *Several of these cars declared safe by the “licenced” inspectors were in fact not roadworthy. The TV program documented that the entire governmental involvement is worthless, and does simply not provide any reliable consumer protection whatsoever.

It also became obvious that there is a similarity between used car dealers and real estate salespeople. Most of them engaged the services of their** *“preferred inspectors” ***to obtain a favourable inspection report to secure a sale.

**As long as real estate agents are permitted to recommend the services of home inspectors to any of their potential purchasers, no governmental licensing process will ever provide the consumer protection as claimed. **

The critical statement issued by the CAHPI (BC) President certainly confirms the failure of the licencing process in British Columbia. 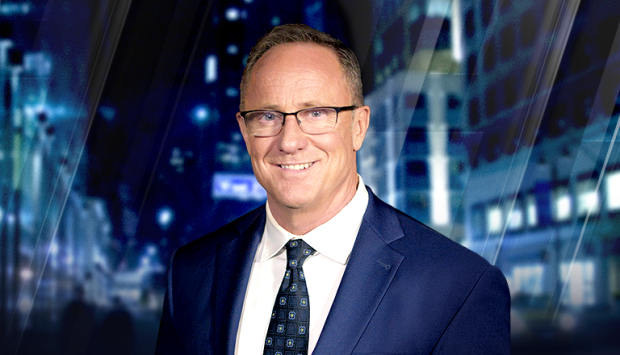 The Automobile Protection Association turns its attention on the used car market in Vancouver this year – and finds dealer deceit, extra fees and dangerous cars.


Published Saturday, March 23, 2013 4:00PM EDT
We all know the stereotype of the shady used car dealer, and the Automobile Protection Association’s annual survey of used car dealers usually shows that there might be some truth to that notion.
In this year’s survey there were the usual suspects - dealers who misrepresent the condition of cars for sale, salesmen who don’t reveal a car’s full accident history, and even a few dealers who pass their test with flying colours.
But this year, the APA visited 20 Vancouver-area dealers and when W5 tagged along with our hidden cameras, we uncovered something more serious than ever before: dangerous, rebuilt cars that should have never passed a government-regulated safety inspection.

The dealer reported that the frame of this Honda was not damaged. APA investigators found the right side subframe rail was indeed damaged. It was straightened, very crudely re-welded and damage concealed with body filler.
[FONT=Arial]](http://www.ctvnews.ca/polopoly_fs/1.1207999!/httpImage/image.jpg_gen/derivatives/landscape_960/image.jpg)[/FONT]

An APA-approved mechanic inspects a car from a used car lot, revealing damage that was not accounted for.
[FONT=Arial]](http://www.ctvnews.ca/polopoly_fs/1.1207991!/httpImage/image.jpg_gen/derivatives/landscape_960/image.jpg)[/FONT]

George Iny is the president of the Automobile Protection Association.
Even if a car has been written off after an accident in British Columbia, it can sometimes be rebuilt and re-sold, but only after passing two different government-regulated safety inspections – one to make sure the car is structurally sound, and the other to make sure it’s mechanically sound.
In our investigation, we saw dealers using these inspection records as part of their sales pitch; proof that the car they were trying to sell was safe.
During its visits to used car lots the APA saw approximately 50 rebuilt vehicles offered for sale. Eight were fully inspected by the APA ](http://www.apa.ca/)and four of these were so poorly repaired they were not roadworthy.
So how did those cars pass a safety inspection? That’s what we wanted to know – and our reporting discovered a gap in the oversight of the safety inspection system.
One car in particular stood out as being the worst in this year’s survey – a 2009 Subaru Legacy.
The salesman at Lucky 8 Auto Sales admitted the car had been in an accident, but claimed that only the back of the vehicle had been damaged. When APA’s expert mechanics checked it out, they found the damage was much more severe than he had let on.
The car had actually been hit in the front quite severely and some of the repairs weren’t even complete – there was even an open weld.
APA President George Iny found “a very long gap where two pieces of metal had bent after a collision and nobody had repaired them.”
When we tracked down the car’s inspection records, they offered few clues on how the car had passed inspection; the paperwork was incomplete, yet somehow the car had been certified both structurally ](http://ctvnews.ca/polopoly_fs/1.1207602!/httpFile/file.pdf)and mechanically safe.
Iny compared the form to a blank cheque: “They haven’t put in who it’s payable to or the amount that’s the equivalent. It’s not clear to APA how that car would pass. You would either need a form of willful blindness by the two inspection authorities or some kind of collusion maybe between the repair shop and the sellers,” Iny said.
The salesman at Lucky 8 Auto Sales, Stephen Lu, claimed that the car had passed all the required safety inspections.
"This car has no safety issue on the car. The government does the inspection,” he said.
But during an interview with W5 he admitted that the car had been very badly repaired, and when they discovered this the vehicle was returned to the wholesaler.
W5 asked British Columbia’s Ministry of Transportation about the APA’s survey and the inspection records we uncovered.
Perry Dennis, the Deputy Director of Commercial Vehicle Safety and Enforcement defended his department’s oversight, insisting that his division does hold the authorized inspectors at the inspection facilities responsible.
“We audit them every two years. If we suspect that there are facilities out there that are not following the rules, we have numerous ways of watching and ensuring that they’re inspecting to standard,” Dennis said.
However, Iny said that the inspection paperwork is no guarantee. “You have the illusion that a vigorous authority is looking over the rebuild process and what we are telling you at APA is no such thing, not in the Vancouver market.
It’s a problem Dennis Pieschel has seen first-hand. He used to work for the provincial insurance company, ICBC, as an estimator. Now he’s an independent consultant.
He calls the vehicle inspection system in the province a farce and told W5 he finds “vehicles that are being repaired improperly and being sold to people that are totally dangerous, totally dangerous