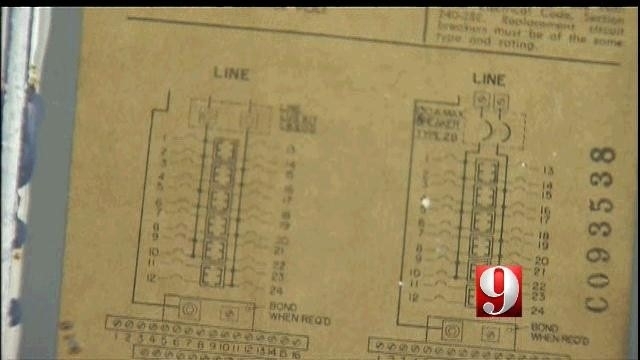 Action 9 has investigated an electrical panel that some experts call a fire waiting to happen. The breaker boxes are used in thousands of local homes even though the panels are blamed for fires in Central Florida and across the country.

Monitor Home Security System from ANYWHERE!
$150 OFF Re-Piping Your Home!
Click for web specials! Whatever It Takes!
Your source for Kitchen Remodeling!
Orlando,Fla. — Action 9 has investigated an electrical panel that some experts call a fire waiting to happen. The breaker boxes are used in thousands of local homes even though the panels are blamed for fires in Central Florida and across the country. Todd Ulrich found the risk is so real that some insurance companies now refuse to cover homes that have the power box.
There was nothing to save by the time firefighters arrived at the Orange County home filled with 30 years of family memories for Karla Galant. “The devastation and horror of it all. My life had gone up in flames.”
Karla found out the fire was blamed on an electrical panel, a breaker box, that many experts had considered defective and dangerous for years. “That box (did not protect my family) it failed miserably.’’
The panel was a **Federal Pacific Stab Lok **circuit breaker that builders used in thousands of Central Florida homes from 1960 into the early 1980’s. Many engineers claimed when a circuit overloaded, the breakers frequently failed to trip and fueled a fire.
Near Winter Park, Thea Portigiani’s home burned 6 years ago and inspectors told her a Federal Pacific panel was the top suspect. It’s a risk Thea never heard about but now tells everyone, “ whatever you have to do, change out the box.”
Most homeowners have no idea the circuit breaker is at best controversial, at worst dangerous, because federal regulators failed to answer the question. The Consumer Product Safety Commission ended a 1983 investigation because it ran out of money and could not say if the panel was risky or not. Many consumer experts have called that a cop out.
What regulators have failed to do, some insurance companies now do on their own. An insurer just denied Carrie Tutera coverage after it inspected her College Park home and told her she has a fire hazard inside her home. The company would not insure her unless this FPS breaker box is removed. Carrie will pay to have it replaced, average cost about a thousand dollars. “It’s making my heart beat quickly thinking I need to have this breaker box changed immediately.”
Federal Pacific had no comment—the company went out of business years ago. If you are concerned about the panel, contact an electrician or a home inspector.