Who is going to pay for the CO2 you and your life exhale?.. You

Until there is an alternative fuel source, the main theory behind the “Cap and Trade” Tax scheme, is to price fuels, products and services out of your affordability range, to make it so unaffordable, you will have to choose between feeding your family or heating your home in winter. That is this bill’s idea of how to reduce emissions.

This is the point, draconian legislation is seriously being considered that stands a very significant chance of failing to meet any of it’s stated goals, the height of insanity.

Creating a tax on industry does not help reduce emissions; it is poor reasoning to think that it will. It makes industry just that much more expensive, and that cost is passed on to you. 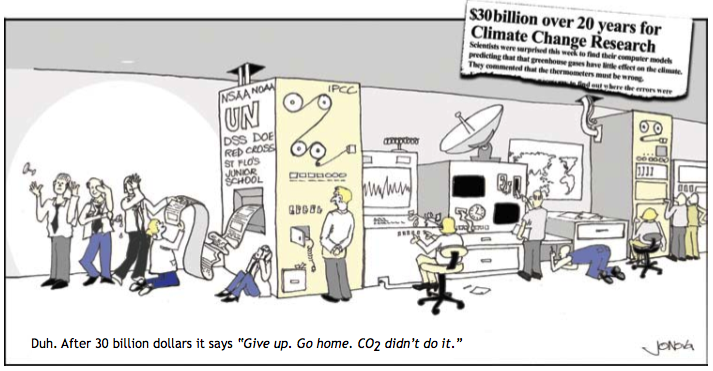 EPA Administrator Jackson confirmed an EPA analysis showing that unilateral U.S. action to reduce greenhouse gas emissions would have no effect on climate. Moreover, when presented with an EPA chart depicting that outcome, Energy Secretary Steven Chu said he disagreed with EPA’s analysis. “I believe the central parts of the [EPA] chart are that U.S. action alone will not impact world CO2 levels,” Administrator Jackson said.
Sen. James Inhofe (R-Okla.) presented the chart to both Jackson and Secretary Chu, which shows that meaningful emissions reductions cannot occur without aggressive action by China, India, and other developing countries. “I am encouraged that Administrator Jackson agrees that unilateral action by the U.S. will be all cost for no climate gain,” Sen. Inhofe said. “With China and India recently issuing statements of defiant opposition to mandatory emissions controls, acting alone through the job-killing Waxman-Markey bill would impose severe economic burdens on American consumers, businesses, and families, all without any impact on climate.”

Record low high temperatures are forecast for southern Wisconsin on Friday as a very cool Canadian air mass covers the region.
The high on Friday is only expected to be in the low 60s, which would be under the record coldest high temperature in Madison for July 17 of 67 degrees, set in 1900.

July 12, 2007 I had spot frost. Aug. 19-22 2007 I had killing frost aka hard freeze. We have had record lows and lower highs for several years now. Any experts have a clue when we also may start enjoying the global warming effect?

Gore can’t even catch a break in his own home town.

When the temperature at the National Weather Service station dipped to 58 degrees at 5:30 a.m. on Tuesday, it wiped out the previous record low for the date of 60 degrees, which was set in 1877.

NWS forecaster Bobby Boyd noted it was the third consecutive morning when Nashville either tied or broke a daily low temperature record.

**SOLAR MINIMUM VS. GLOBAL WARMING: ** From 2002 to 2008, decreasing solar irradiance has countered much anthropogenic warming of Earth’s surface.

That’s the conclusion of researchers Judith Lean (NRL) and David Rind (NASA/GISS), who have just published a new analysis of global temperatures in the Geophysical Research Letters.

Lean and Rind considered four drivers of climate change: solar activity, volcanic eruptions, ENSO (El Nino), and the accumulation of greenhouse gases. The following plot shows how much each has contributed to the changing temperature of Earth’s surface since 1980:

If a peer review fails in the woods…

By Andrew Orlowski • Get more from this author
Posted in Environment, 29th September 2009 16:03 GMT

A scientific scandal is casting a shadow over a number of recent peer-reviewed climate papers.

At least eight papers purporting to reconstruct the historical temperature record times may need to be revisited, with significant implications for contemporary climate studies, the basis of the IPCC’s assessments. A number of these involve senior climatologists at the British climate research centre CRU at the University East Anglia. In every case, peer review failed to pick up the errors.

The scandal has serious implications for public trust in science. The IPCC’s mission is to reflect the science, not create it.

As the panel states, its duty is “assessing the scientific, technical and socioeconomic information relevant for the understanding of the risk of human-induced climate change. It does not carry out new research nor does it monitor climate-related data.” But as lead author, Briffa was a key contributor in shaping (no pun intended) the assessment.

A small group was able to rewrite history.

When the IPCC was alerted to peer-reviewed research that refuted the idea, it declined to include it. This leads to the more general, and more serious issue: what happens when peer-review fails - as it did here?

The scandal has only come to light because of the dogged persistence of a Canadian mathematician who attempted to reproduce the results. Steve McIntyre has written dozens of letters requesting the data and methodology, and over 7,000 blog posts. Yet Yamal has remained elusive for almost a decade. ®

Leave it to a bloody Canadain to upset the apple cart!!

Scaring our children with lies.

“Please Help the World”, film from the opening ceremony of the United Nations Climate Change Conference 2009 (COP15) in Copenhagen from the Ministry of Foreign Affairs of Denmark. Shown on December 7, 2009 at COP15.](http://www.youtube.com/watch?v=NVGGgncVq-4&feature=player_embedded#)

DO SMOKING GUNS CAUSE GLOBAL WARMING, TOO?

**Climategate has already affected Russia. On Tuesday, the Moscow-based Institute of Economic Analysis (IEA) issued a report claiming that the Hadley Center for Climate Change based at the headquarters of the British Meteorological Office in Exeter (Devon, England) had probably tampered with Russian-climate data.
The IEA believes that Russian meteorological-station data did not substantiate the anthropogenic global-warming theory. Analysts say Russian meteorological stations cover most of the country’s territory, and that the Hadley Center had used data submitted by only 25% of such stations in its reports. Over 40% of Russian territory was not included in global-temperature calculations for some other reasons, rather than the lack of meteorological stations and observations.

Does anyone care about truth anymore?

"Does anyone care about truth anymore?"

Sorry Michael. There is no Santa Claus either.

Sorry Michael. There is no Santa Claus either.

This new French carbon tax was scheduled to go into law on Jan1, 2010. The tax was steep: 14 euros per ton of carbon dioxide (USD $20). In a stunning move, and surely a blow to warmists everywhere, the tax has been found unconstitutional and thrown out. Originally found here](http://translate.google.com/translate?hl=en&sl=fr&tl=en&u=http%3A%2F%2Fskyfal.free.fr%2F%3Fp%3D468) (Google Translation). Lord Monckton was kind enough to assist me in deciphering the meaning of the ruling and writes:*In France, if at least 60 Deputies of the House and 60 Senators appeal to the Constitutional Council, it has the power to pronounce on the constitutionality of a proposed law – in the present case, the 2010 national budget of France, which contained enabling provisions (*loi deferee) for a carbon levy. The Council found that these enabling provisions were unconstitutional on two grounds: that the exemptions contained within the provisions for a carbon levy vitiated the primary declared purpose of the levy, to combat carbon emissions and hence “global warming”; and that the exemptions would cause the levy to fall disproportionately on gasoline and heating oils and not on other carbon emissions, thereby breaching the principle that taxation should be evenly and fairly borne.