Never saw this type of main

Any info would be appreciated… 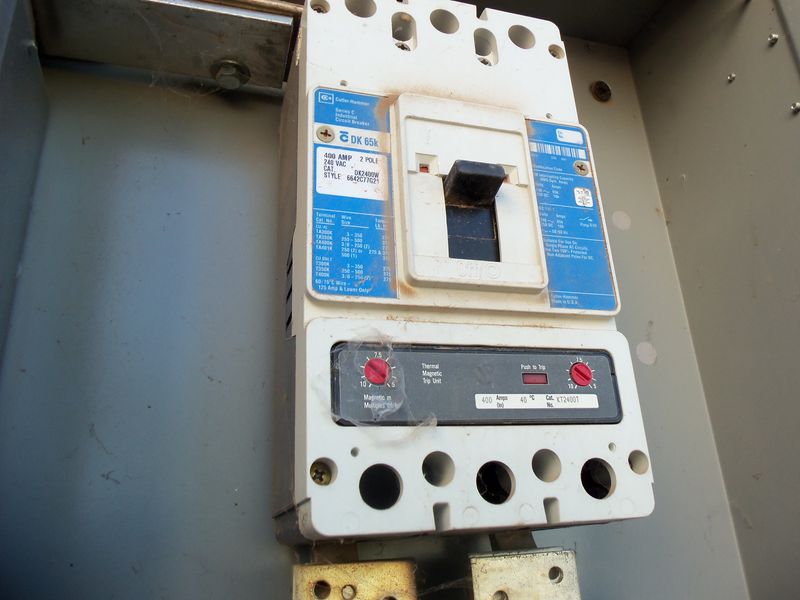 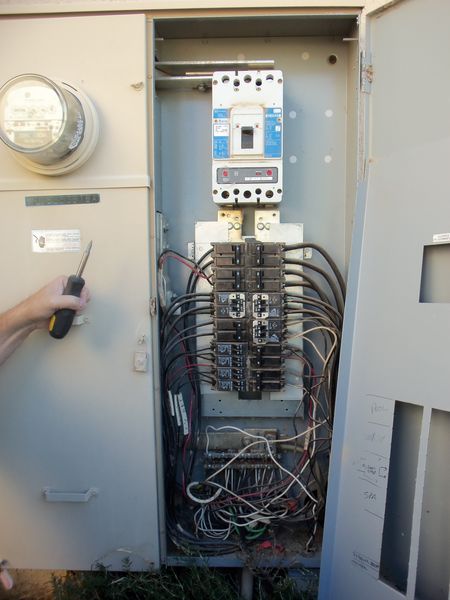 Any info would be appreciated…

Mark, what you are looking at is actually a 3 pole breaker with adjustable trip mechanism. Adjustment is accomplished by the 3 small screws mounted in the lower section of the breaker. Adjustment to the highest setting results in the breaker only interrupting at its highest rating.

I would recommend verifying the configuration based on the nameplate of the meter/panel (not the breaker) with the manufacturer. Field electricians are notorious for “making” things work. This would void the UL listing and increase the potential for issues.

After looking at the picture again, I looked closer and I was mistaken. It is a 2 pole breaker manufactured in a 3 pole case. These breakers are very common in 3 phase service and they apparently use the same case to limit cost. Still, it does have adjustable trip mechanisms as I previously stated.

I apologize for not noticing that before.

Pretty standard set up for larger residential services. I see these on a regular basis.

Thank you all for your help.

Another reason to use a CB like that one is the 65KAIC rating. Typically used when the utility has provided power with an AIC greater than the lower standard 22KAIC.