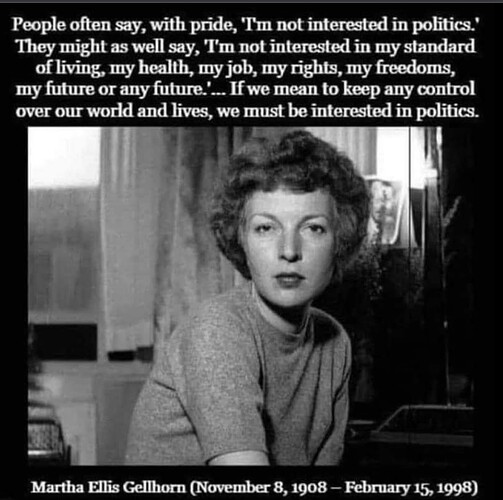 The problem with politics is, as we can see, is that both sides (at least in this country) are really not interested in solving any issues or problems other than filling their bank accounts and keeping their job. The only real solution to humankind’s problems is Gods Kingdom (government) which actually does have the power to solve all of mankind’s myriad of problems. This is the overall message of the Bible. Vote Theocratic !!!

The problem as I see it is our politicians aren’t interested in politics, certainly not as much as they are in lining their pockets & holding onto power.

The government is a direct reflection of its people – people are the problem, dead asleep, walking like zombies, blaming one another. Until people change, the government will never! change. Enjoy the ride 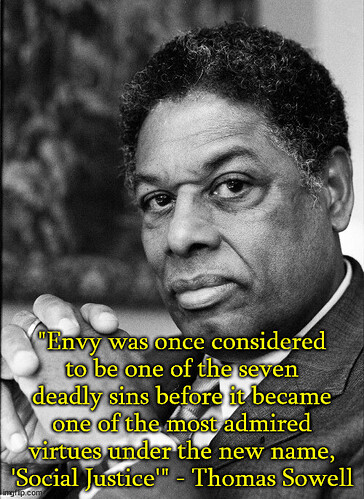 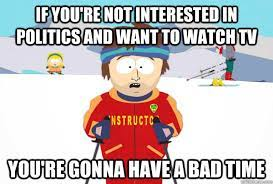 I never cared about politics until I realized politics cared so much about me. After the coup, I got very involved for the first time and it has been shocking & sad. The truth has never been more unpopular. After directly engaging my “elected” officials I have come to realize that even the people who claim to represent me and defend our constitution - don’t.

“Just as iron sharpens iron, one man sharpens another.”- Proverbs 27:17

Did you mean to say “coup attempt”? Or are you another election denier?

I thought this was a home inspection forum? Just saying.

I thought this was a home inspection forum?

It’s a whatever Nick says it is forum. You’re a member, plenty of threads here on home inspection you don’t contribute to.

I contribute when I can. I’m not going to contribute to a topic that someone else has already voiced what I was thinking.

wise men since the beginning of written time have advised people to not spend time/energy trying to change parts of our life that we have no control over.

You cannot affect politics. You can only control and improve yourself. Spend your time working on yourself, and you will begin to realize that no matter what happens in politics, you will be fine

“Politics” is defined as the art or science of government : a science dealing with the regulation and control of people living in society : a science concerned with the organization, direction, and administration of political units (as nations or states) in both internal and external affairs : the art of adjusting and ordering relationships between individuals and groups in a political community “Politics.” Merriam-Webster’s Unabridged Dictionary , Merriam-Webster, Login | Merriam-Webster Unabridged

By its definition, controlling people within a border or group is the intended goal of politics. Since no political entity can survive without the consent of the people which it is intended to govern, it is the entity that controls the popular opinion rather than the government that ultimately controls the people. That entity is what we call “the media”.

The people who manipulate today’s electronic inventions into tomorrow’s necessities, create and promote tastes in clothing, hairstyles, and entertainment, and determine which social cause or sexual perversion will become a protected right … control politics.

In the upcoming presidential election, they will pick two people out of 300 million for us to choose from and distract us with enough controversy to make it feel like we are exercising a right to choose. 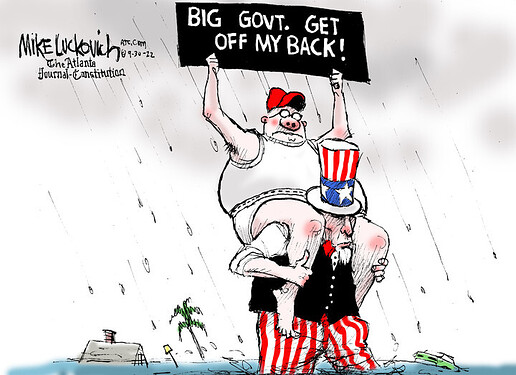 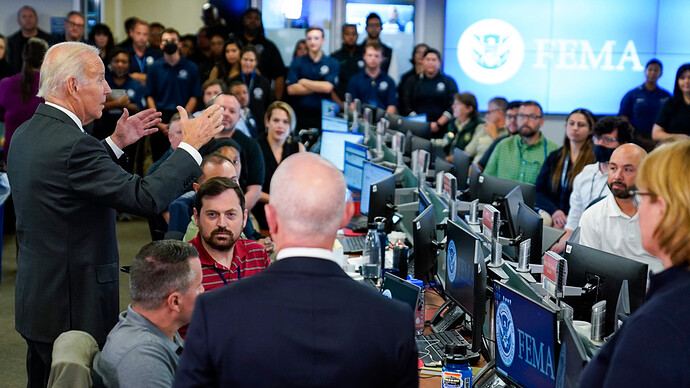 Restoring trust in government and its institutions has long been a pillar of the Biden’s agenda, and was a focal point of his campaign for president as he challenged Donald Trump in 2020. During Biden’s first year in office, he signed an executive order aimed at this priority, making it easier for Americans to renew passports, apply for Social Security and receive aid after facing natural disasters — the idea being to put public interest and customer service at the center of government operations.

distract us with enough controversy to make it feel like we are exercising a right to choose.

The controversy comes from real differences. Biden is a warmonger just like his boss oBOMBa is. oBOMBa dropped 26,171 bombs on other people (mostly civilians) in just his last year of presidency alone. Conversely, Trump, whom everyone said would start WWIII with North Korea, did this with only an hour notice to the Secret Service: 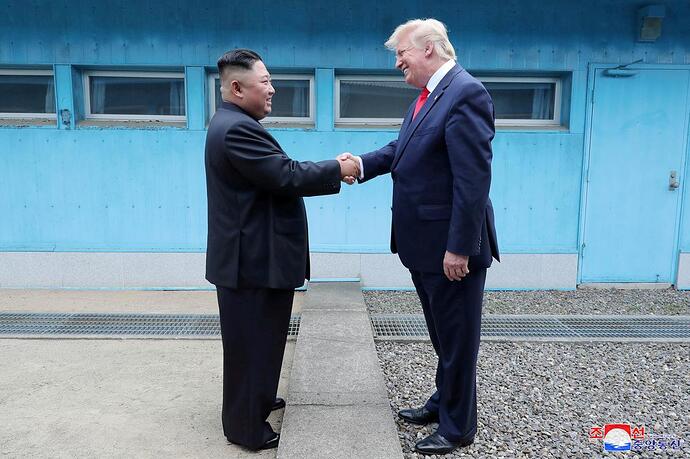 Trump is a tax evader which makes him my hero as the less money the government gets, the better for humans around the world. Biden hired 87,000 new IRS agents to steal not only our money, but our futures. Imagine all the technologies and jobs and infrastructure and inventions and joy that money would have provided to us if it were left in the productive economy.

The choices, coming up on Nov 7, couldn’t be more stark.

Restore my faith? My faith was never in government, therefore cannot be restored.

Exactly what was everyone’s expectation of FEMA?

Restoring trust in government and its institutions has long been a pillar of the Biden’s agenda,

You do realize the jerk is a loser TROLL that will say anything to get a reaction/response. 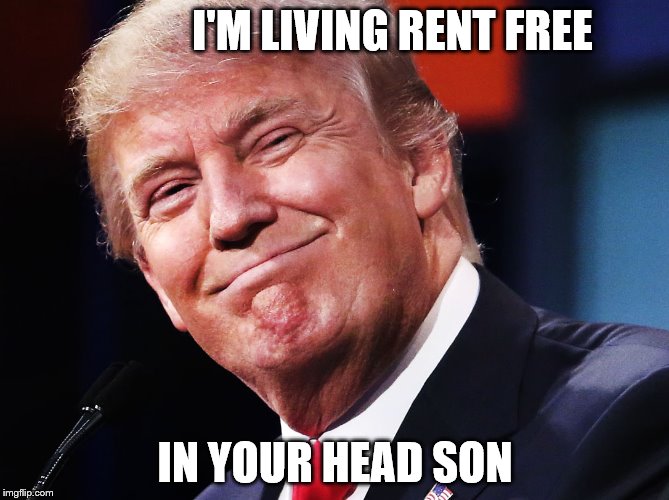