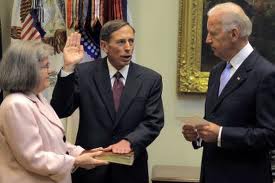 Only in your dreams John.

Nothing has changed, get back to me next Wednesday and we’ll chat.

Who did that silly poll…the company of Howard, Howard and Fine?

Does it not seem these polls do this every time the election gets with in a week. They all of a sudden start seeming to be more accurate. After all, they have to keep their credibility!

**A speechwriter for Obama, Edwards, and Clinton on why she’s voting McCain.

** Since I started writing speeches more than ten years ago, I have always believed in the Democratic Party. Not anymore. Not after the election of 2008. This transformation has been swift and complete and since I’m a woman writing in the election of 2008, “very emotional.”
When I entered this campaign, it was at the 2006 Edwards staff Christmas party. My nametag read “Millie Worker.” When former Senator John Edwards read it, he laughed and said, “That makes you like my parent.” He went on to say, “Would you please come down to Chapel Hill so we can talk about what’s coming up.” I sat in John and Elizabeth’s living room for two and half hours. I left North Carolina, energized about politics for the first time in months.

But thank God for election 2008. We can talk about the wardrobe and make-up even though most people don’t understand the details about Senator Obama’s plan with Iraq. When he says, “all combat troops,” he’s not talking about all troops—it leaves a residual force of as large as 55,000 indefinitely. That’s not ending the war; that’s half a war.
I was dead wrong about the surge and thought it would be a disaster. Senator John McCain led when many of us were ready to quit. Yet we march on as if nothing has changed, wedded to an old plan, and that too is a long way from the Democratic Party.
I can no longer justify what this party has done and can’t dismiss the treatment of women and working people as just part of the new kind of politics. It’s wrong and someone has to say that. And also say that the Democratic Party’s talking points—that Senator John McCain is just four more years of the same and that he’s President Bush—are now just hooker lines that fit a very effective and perhaps wave-winning political argument…doesn’t mean they’re true. After all, he is the only one who’s worked in a bipartisan way on big challenges.
Before I cast my vote, I will correct my party affiliation and change it to No Party or Independent. Then, in the spirit of election 2008, I’ll get a manicure, pedicure, and my hair done. Might as well look pretty when I am unemployed in a city swimming with “D’s.”
Whatever inspiration I had in Chapel Hill two years ago is gone. When people say how excited they are about this election, I can now say, “Maybe for you. But I lost my home.”

Obama states “Rev. Wright, The best of what the black church has to offer”