A man’s home is indeed his castle, but only in La-la-land will you find such architectural majesty. Gerry Beaumont and Carl Pennick, eat your English hearts out. 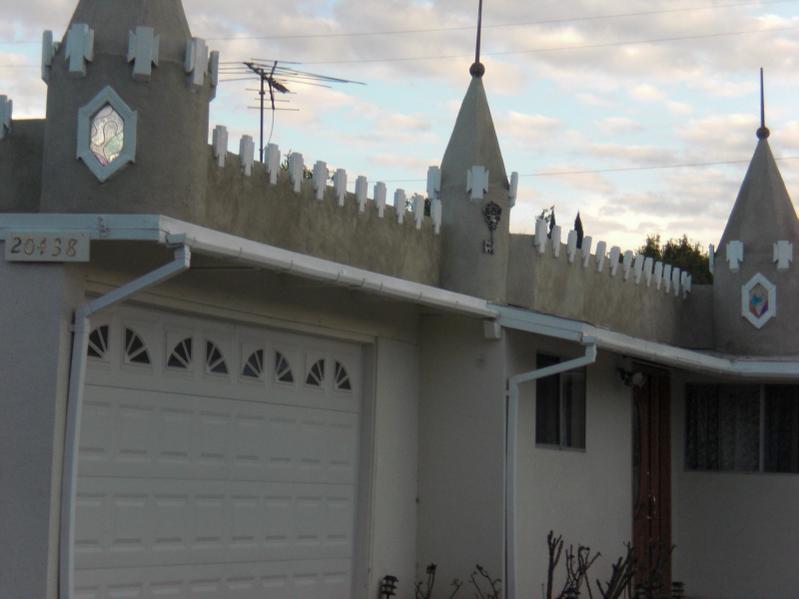 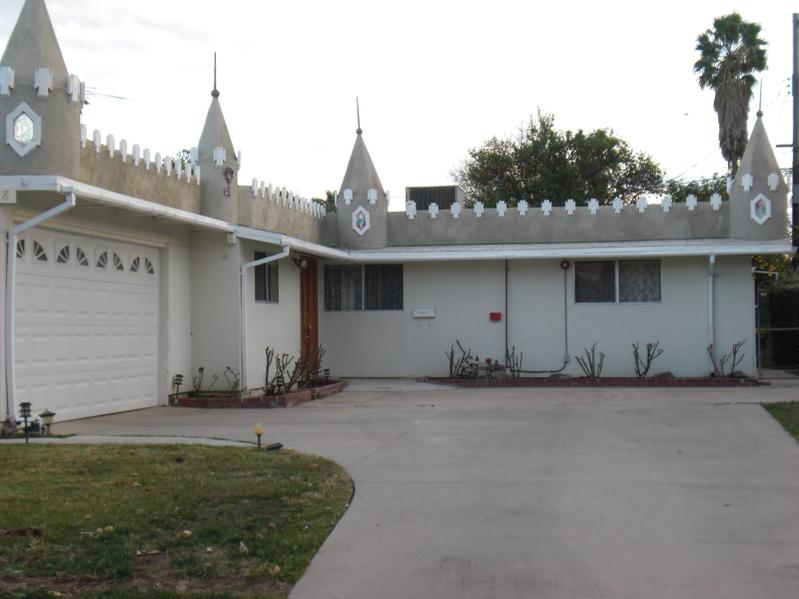 Archers behind the paraphet to repel the invaders??

Keith,
I see they spared no expense on incorporating the gutters :roll:

Ring the doorbell and get a bucket full of boiling oil on the head:D The sign did say no soliciting :shock: Didn’t it??:mrgreen:

Isn’t that the “It’s a Small World” ride at Disneyland?

A man’s home is indeed his castle, but only in La-la-land will you find such architectural majesty. Gerry Beaumont and Carl Pennick, eat your English hearts out.

I hope you wrote it up as being deficient in the boiling oil department, also if I’m not wrong we seem to be missing both the drawbridge and portcullis.

I’m not wrong we seem to be missing both the drawbridge and portcullis.

We just happen to have one of those in Kissimmee. Only it is 2 storey and looks more like a castle than a house. I will have to take a pic the next time I am in the area.

If you ever find yourself in Kentucky… http://www.thecastlepost.com/default.asp

Oh no. We got one here that puts this one to shame. I will have to take a photo of it. I damn near wrecked my truck first time I went by it. I’ll tell you this much. There is a lot of faux gold all over it, an onion shaped roof on one tower and lots of yard art. The thing is there is a Ferrari, a Rolls and a Hummer that sits in the driveway. Figure it is NEW money but no taste or class. I will be going by there today so I will snap a photo. I always reminds me of something from Disney World or Arabian Nights.

You guys just don’t recognize elegance when you see it :shock::mrgreen:

Mini-golf in the yard?

Just about. They must have gotten a deal at one of the local concrete yard art distributors. Probably got a deal based on sheer tonnage. Im getting ready to saddle up and go do a couple of inspections so I will make a point of going by this place today. It is in one of the “coveted” areas. Actually, there are two of them. The locals seem to think these two guys are related.

I didn’t inspect this. I caught a glimpse of it in a side street and circled back to get a better look and a couple pics, half expecting to be greeted by a Mad Hatter, a hookah-smoking rabbit, or Gerry Beaumont wearing a crown.

Just got back. Got this on the fly as it was about 3:45 and all the commuters were riding my bumper to get back across the bay before the 5 o’clock onslaught.