The myocarditis is from the vaccines. 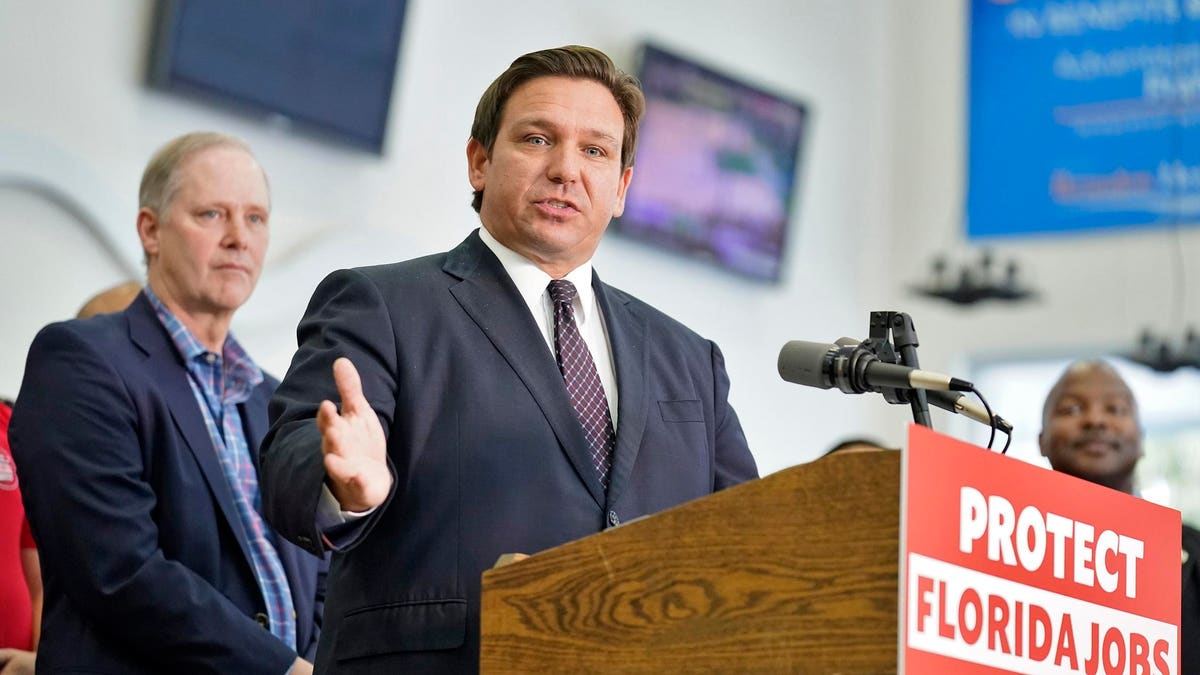 The state’s lawsuit is one of several steps Florida has taken to oppose the White House’s vaccine measures.

A federal judge ruled against Florida over the weekend and declined to temporarily block the Biden administration’s order mandating Covid-19 vaccines for healthcare workers, the first major setback in the state’s wide-ranging efforts to oppose the federal government’s vaccine requirements.

From your article:
Damaged muscle cells may heal over time or there may be cell death followed by scar formation. If this process is extensive and a large portion of the heart is involved, the heart’s ability to pump blood is impaired.

As a result, the key organs and tissues in the body do not get enough oxygen and nutrients and cannot get rid of waste products. This is often referred to as congestive heart failure.

It is not unusual for someone who has severe myocarditis to suffer from other problems such as liver or kidney failure, as well.

And from your post, did Little Miss Prissy nurse give a MD’s evaluation of the cause, or just another Truether spreading propaganda via a Shit Twit ?

Grab some vitamin d cream, get in bed, and enjoy rubbing pinky while reading.

There is a nut case in every family, yours included:

During the COVID-19 pandemic, Kennedy promoted multiple conspiracy theories related to COVID-19 including false claims both Anthony Fauci and the Bill & Melinda Gates Foundation are trying to profit off a vaccine,[209][210][211] and suggesting that Bill Gates would cut off access to money of people who do not get vaccinated, allowing them to starve.[212] In August 2020, Kennedy appeared in an hour-long interview with Alec Baldwin on Instagram, where he touted a number of incorrect and misleading claims about vaccines and public health measures related to the COVID-19 pandemic. Baldwin was criticized by public health officials and scientists for allowing Kennedy’s proclamations to go unchallenged.[213] Kennedy has promoted misinformation about the COVID-19 vaccine, falsely suggesting that it contributed to the death of 86-year-old Hank Aaron and others.[214][215][5] In February 2021 his Instagram account was blocked for “repeatedly sharing debunked claims about the coronavirus or vaccines.”[216][217] The Center for Countering Digital Hate identified Kennedy as one of the main propagators of conspiracy theories about Bill Gates and 5G phone technology. His success as a conspiracy theorist increased his social media impact considerably; between the Spring and the Fall of 2020, his Instagram account grew from 121,000 followers to 454,000.[173][218]

In November 2021, Kennedy’s book The Real Anthony Fauci: Bill Gates, Big Pharma, and the Global War on Democracy and Public Health was published wherein he alleges Fauci sabotaged treatments for AIDS, violated federal laws, and conspired with Bill Gates and social media giants such as Facebook to suppress any information about COVID-19 cures, to leave vaccines as the only options to fight the pandemic.[219][220]

He wrote the foreword for Plague of Corruption, a book by controversial former research scientist and anti-vaccine conspiracy theorist Judy Mikovits, published in 2020.[221]

Kennedy appeared as a speaker at the partially-violent demonstration in Berlin on August 29, 2020, where populist groups called for an end to restrictions caused by COVID-19.[222][223] His YouTube account was removed in late September 2021 for breaking the company’s new policies on vaccine misinformation.[224]

If Robert F. Kennedy were lying about Faux Chi, Gates, and Big Pharma, they would sue him for slander and libel and defamation. If they sued him, it would be free publicity for the truth.

Aaahhhh man, I was hoping to stay out of your nutcase file!!! Crap!!!

Just need to look at the post above yours. You should know me better than that by now

Wait for it…wait…here it comes…

You have proven to be every bit as crude and demented a piece of the Devil’s artwork as Joe B… How can you entertain your twisted sexual fantasies on a public forum such as this, where there are a significant number of ladies too? You destroy the professionalism that is otherwise present in a forum that is meant to be for discovery of new and cogent ideas and values.

WTF are you (ON) talking about fruit cake. It was an example of side effects you complete and utter moron!!!

Shit! I can’t believe he’s repeating what I said about him months ago. This is hilarious!!!

Dude walked himself down the wrong steps…LOLLLLLOLLLL!!!

His YouTube account was removed in late September 2021 for breaking the company’s new policies on vaccine misinformation.[224]

Dissenters shall be cast out. Iran just enforced a similar policy because a person criticized someone the majority believe in.

Many celebrate the mega tech companies police actions because they fear open content. This form of Neophobia has many sides and you will likely be on the opposite side at some point.

Who controls the gateway for “medical misinformation”?

Currently, it is a bunch of techies

You are comparing the US to Iran??? Who controls the gateway for medical information??? Correct me if i am wrong it would be your doctors??? Do you think YOUR doctor would knowingly give you something that will harm you. Again you can’t just pick and choose.

Do you think YOUR doctor would knowingly give you something that will harm you.

I never said that. You did. Sheesh.

Please read this entire article. No need to respond. I was 12 years old when this transpired and was vaccinated because of it. I remember it clearly, they did it in the library over two days.

When the US Government Tried to Fast-Track a Flu Vaccine

More than a quarter of the nation was inoculated in 1976 for a pandemic that never materialized.

Then this happened as well

Over 45 million people were vaccinated and there were increased reports of GBS following vaccination. Those who received the 1976 swine flu vaccine had a slight increased risk for developing GBS of approximately one additional case of GBS for every 100,000 people who got the swine flu vaccine.

It was a debacle to say the least. Partly political, partly fear.