Wait for it… here it comes… :mrgreen: 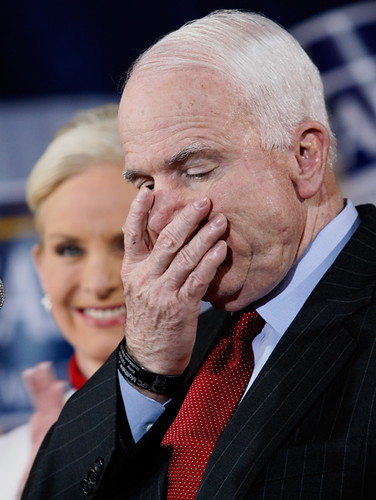 During the fiscal years for which Sarah Palin exercised budgetary authority as Governor of Alaska, the State’s General Fund averaged an annual surplus of more than $2.6 billion (up from $1.0 billion under her predecessor), amounting to 24.4% of average revenues over the same period.
Among the records of other current or former governors in the GOP field, Mitt Romney’s tenure in Massachusetts comes closest, with an average annual surplus of $897 million, equal to 3.92% of average revenues. Jon Huntsman’s governorship fared the worst, Utah’s General Fund ran an average annual deficit of $1 million, or -0.03% of revenues.
At the close of Gov. Palin’s final fiscal year, Alaska’s General Fund had grown to $15.5 billion, equal to 158% of yearly revenues. Mitt Romney comes closest, having left Massachusetts with a balance of $4.9 billion, or 19% of revenues. Tim Pawlenty places last, having left Minnesota with a balance of -$886 million, or -6% of revenues.

Of all current or former governors among the leading candidates for the 2012 Republican presidential nomination, no one’s record of dealing with his or her state’s debt and unfunded liabilities compares with that of Sarah Palin during her three fiscal years at the helm in Alaska.

Palin’s Jobs Record Beats All Others in the GOP Field

During Sarah Palin’s governorship (December 2006 – July 2009)
• Alaska ranked 2nd in the nation for job growth.
• Alaska ranked 3rd in the nation for change in the unemployment rate relative to the national average.
In terms of bringing down state unemployment rates versus the national average, Palin leads all other governors and former governors in the GOP field. In terms of growth in the number of jobs versus the nation as a whole, the ranking is exactly the same.

Palin’s Record of Economic Growth #1 in the GOP Field

During the seven-year period in which Sarah Palin served as Mayor/City Manager of Wasilla, the City’s General Fund averaged an annual surplus of roughly $2.5 million. Palin inherited a surplus of just $350,000 from her predecessor John Stein (fiscal year 1996). By 2003 she had grown the surplus to almost $3 million, with a 22.4% increase in revenue and a 15.6% reduction in spending.

At the end of fiscal year 2007, Gov. Frank Murkowski, Palin’s immediate predecessor (whom she defeated in the 2006 Republican gubernatorial primary), left the State’s General Fund with a balance of roughly $7.6 billion. During the three fiscal years for which Gov. Palin oversaw the budget, the General Fund averaged an annual surplus of more than $2.6 billion, resulting in a total increase of $7.9 billion ‒ more than 100% ‒ over the fiscal year 2007 balance.

Requests for federal earmarks declined dramatically in each of the fiscal years for which Sarah Palin exercised budgetary authority for the State of Alaska. In FY2007, Gov. Frank Murkowski requested $350 million in federal appropriations, which Gov. Palin reduced to $256 million in FY2008, $198 million in FY2009, and $69 million in FY2010. Overall, Palin cut earmark requests by more than 80% during her tenure as Governor.