Crawlspace has neatly installed red bricks with wood 2x4 piece on top of foundation cinder block, acting as numerous columns/support of 2 sided wall support. Appears they converted an outdoor concrete patio into an interior room and I dont know why they didnt just make a knee wall or put new cinder block in instead of these bricks.
I know bricks can be used on top of a cinder block column, but what about the full length of 2 perimeter walls. 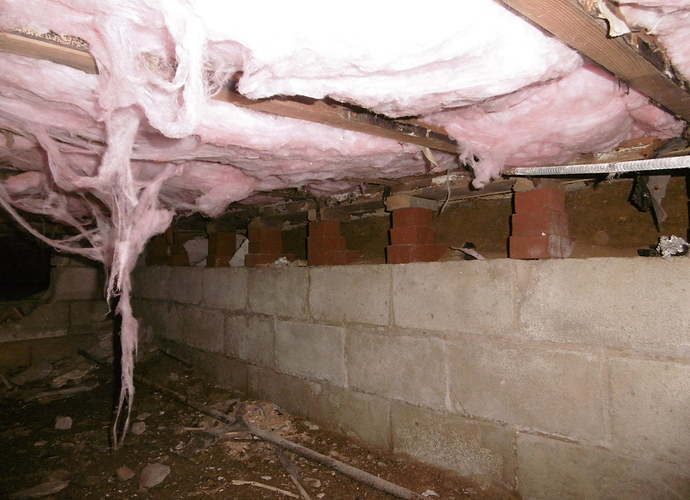 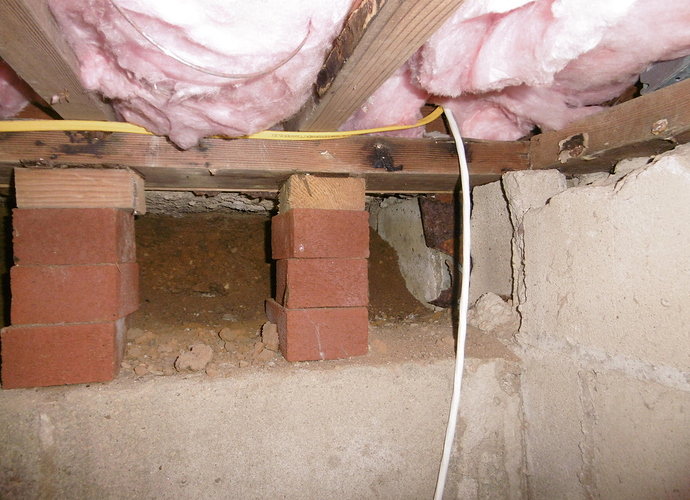 Single stack bricks should not be used in a load bearing application. Block would be preferred. Also, wood should not be used as shims/blocking as it will compress and allow the floor to settle. Metal shims are required between wood/masonry bearing points.