What is this, where and how should it be installed and what’s it’s purpose?

(hint: its ommision is widespread across North America and results in improper structural conditions) 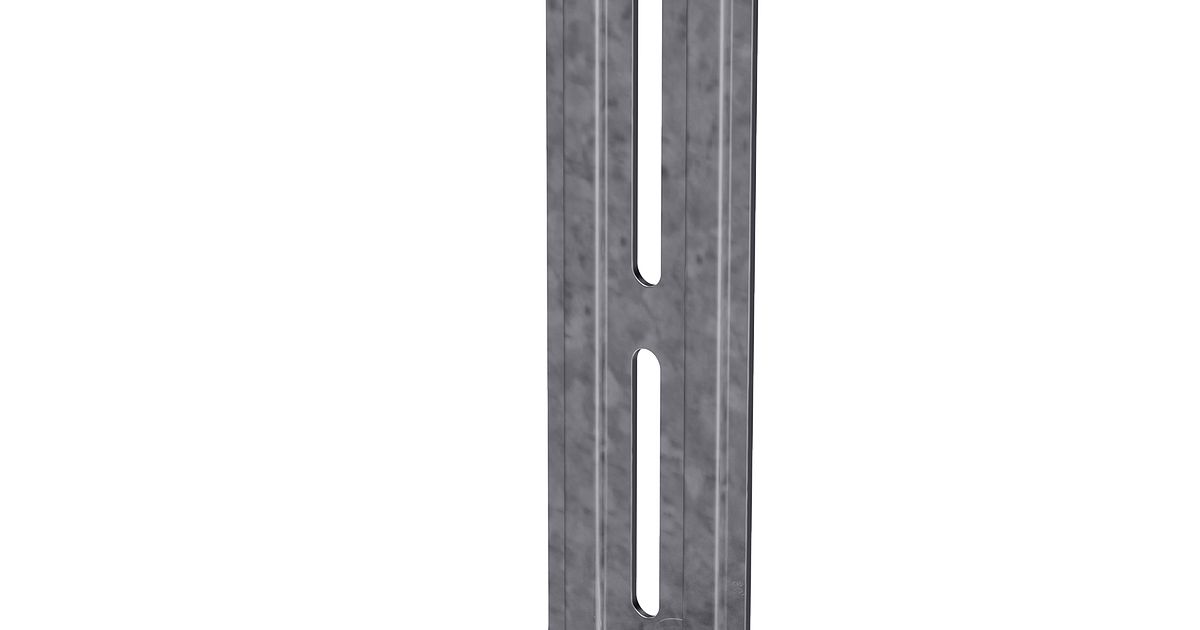 For alignment control between a roof truss and nonbearing walls; the 1 1/2" slot permits vertical truss chord movement when loads are applied.

And what does Steven win?

I just answered that on issue dealing with your question about trusses. (laugh)

That fact is though, you rarely ever see them…and many times they are not practical depending on the camber the manufacturer puts on the bottom chord…you end up getting call backs about cracks in the tape joints between wall and ceiling. See previous post.

And what does Steven win?

Steven, you can collect your truss clip any time by flying to Lagos, Nigeria and taking a taxi to the west end of Nnamdi Azikawi Rd. Look for a red house. Sorry I can’t be more specific but none of the buildings in Lagos have addresses.

Take a nail-puller and hammer with you becuase that clip is holding up one corner of the house.

Most trusses are designed to not touch interior walls. In CA, interior walls had 1x4 top plates to avoid this. If the trusses bear on interior walls, theoretically, it can create two problems.

The purpose of the truss clips is to tie interior walls to trusses to help stabilize those walls and keep the bottom chords of trusses aligned.
Clips are tall so they can span the gap between the top of the wall and the bottom of the truss. The tall side is slotted to allow for movement. Nails are not sunk all the way, which allows the bottom chord of the truss to flex, although obviously much movement will split drywall tape.

Almost every house with trusses I look at here has the bottom chord resting on (and toe-nailed to) the interior walls. I only call visible failure unless it’s a new home, then I mention it, but don’t make a big deal out of it because I never see failure. But that’s just here.

I just spoke with a friend who’s a general contractor in Califormia. He told me that yes, we used to put 1x4 top plates on walls to avoid contact with interior walls, but they stopped doing it for a while and after some “exploding truss” events, building insepctors are now calling contractors on truss contact with inside walls and forcing them to make corrections.
My friend was told this by a county building inspector in Ventura County, CA

If it hasn’t moved in a longtime it’s probably OK unless something happens to change things. Something like excavating footings for an addition causing the existing exterior footings to sag a little, or a burst water main or gutter failure or…