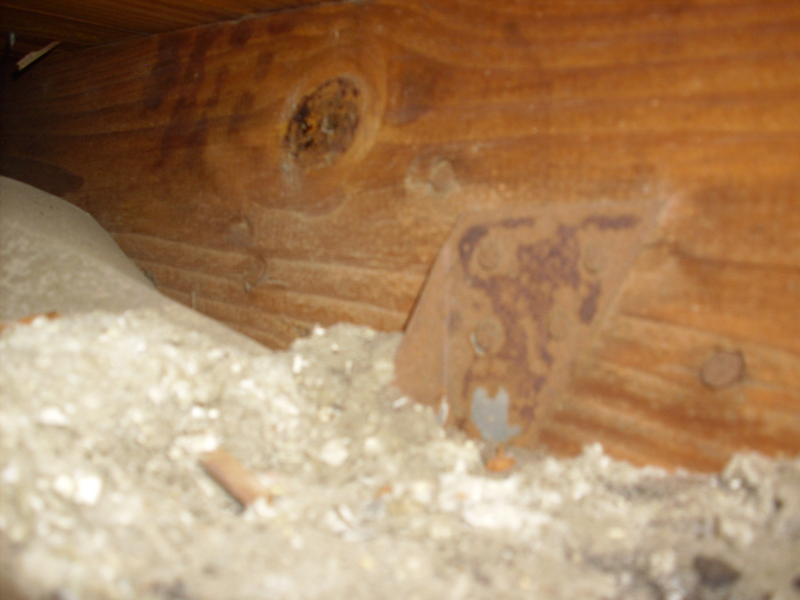 I try to avoid most adjectives like that. Ive been meaning to ask what other people think of them.

Hi Juan, I appreciate your input. In this instance, I’m trying to get feedback from my fellow inspectors in Florida specifically - as this issue and precise terminology relates to a state-specific inspection type commonly performed here.

Thank you for your reply though

I would define severe corrosion as corrosion to the point that the object could no longer do what it was intended to. If the holes were all rusted out and the nails are just hanging there, then that would be severe corrosion. What you have there is a clip with surface rust. If one wanted to, and I seem to remember a homeowner here posting it, you could just take a wire brush and shine that right up.

Eric, yes - I read that thread as well.

I appreciate your opinion and concur with your view.

Sorry I didn’t realize it was florida only. I just clicked on New Posts as I was avoiding writing this summary for my own report lol.

From the photo submitted I only see surface rust,

Surface corrosion, if anything, it actually makes the connection a bit stronger having it on there.

Just surface rust. If all the connections look like that, I’d right under picture “minor surface ruct/cosmetic”

Appreciate your input - thanks Glenn, Jay.