Just came home from dinner at my in-laws place, I thought you guys might like to see what their solar panel install techs did to the sill plate of their home. 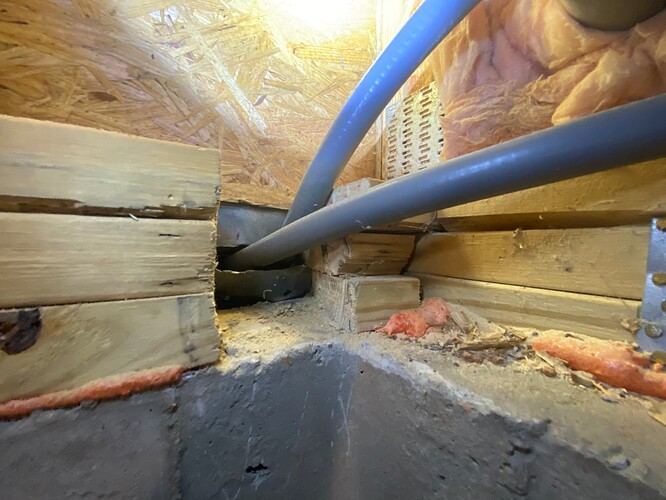 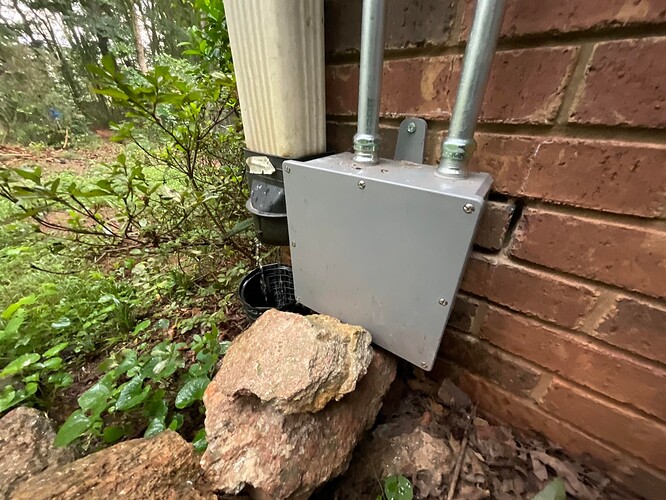 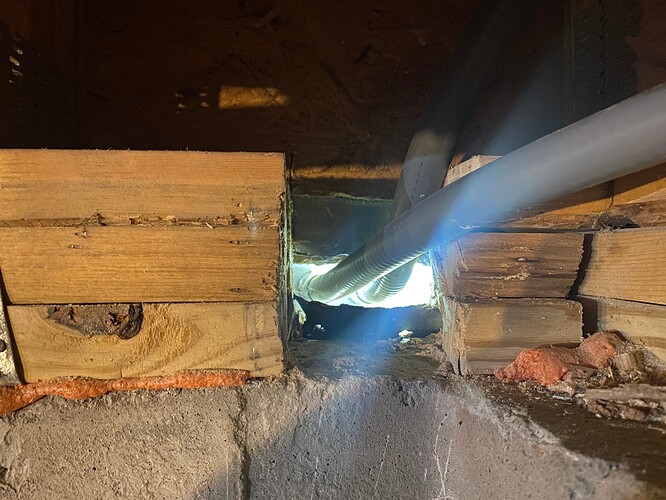 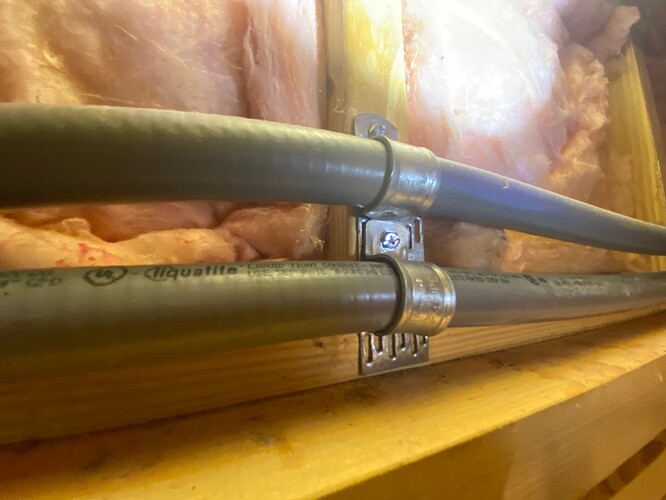 I was unaware of this until it came up over dinner, but this is just the latest in a long series of problems this company has caused. From what I understand, this portion of the install is “done.” They were coming back to mount the solar panels and connect them to the control box on the exterior, that’s it. Ha, speaking of, they also mounted the control panel in a totally different location than originally agreed upon.

They could have moved up 4 inches and punched right thru. Crazy.

Lack of planning and experience, someone should keep an eye on them in the next phase of installation.

Lack of planning and experience,

There are hacks in EVERY industry…

Oh it’s even worse if you know the backstory. 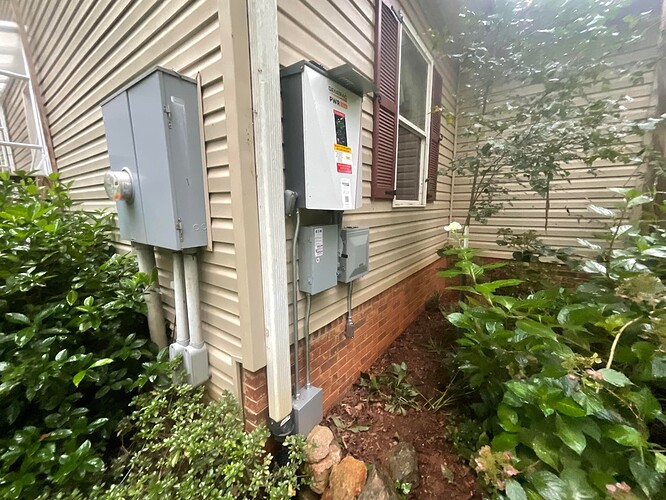 Per their agreement with the sales team, the control panel and junction boxes were originally supposed to be installed to the left of the electric meter. The install techs changed the location without informing the homeowners. There’s no brick veneer to drill through in the original location.

Just a guess, but I’d bet they changed the location just so they wouldn’t have to work around the bush.

There are more items for anyone curious about this saga of incompetence:

At the very least the notched sill plates should have been reinforced with a rigid steel strap or plate and the opening flashed and made water tight, rodent/vermin/insect proof. They literally punctured/penetrated the envelope without a second thought.
Notching is secondary. You can see a sill plate anchor strap to the left.
I can not see any adverse structural affects arise in the future due to the sill plate being notched that way if the sill plates and framing members were properly installed. Envelope water/weather infiltration yes.

That’s what I told them almost verbatim. Their primary concern is this coming back to bite them on an inspection report if/when they decide to sell the house.

Right now they’re pushing the company to fix these issues before moving forward with the project.

Mice will love their new home.

Right now they’re pushing the company to fix these issues before moving forward with the project.

Hopefully they have a clearly defined scope of work and design plans agreed upon by all parties involved. If not, it will get smelly.

Winter is coming. Be kind to vermin.

You are always asking us to be kind to you!

Bob, I ask for respect and professionalism. Sorry for any miscommunications.