I have a question though. In this parallel wiring, would a break in the ground here show an open ground downstream at all receptacles?

The example given and referenced was “Hot / Neutral reversed” not an open conductor.

edit: and a similar example with 2 ac’s in a tight side-yard 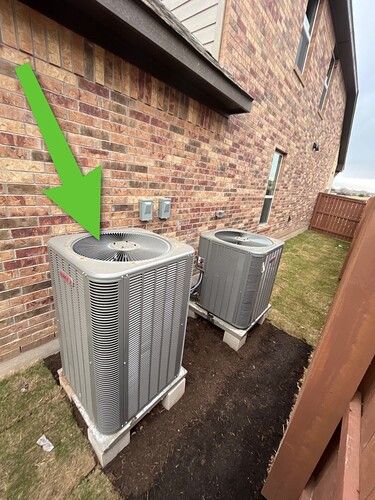 That is goofy looking 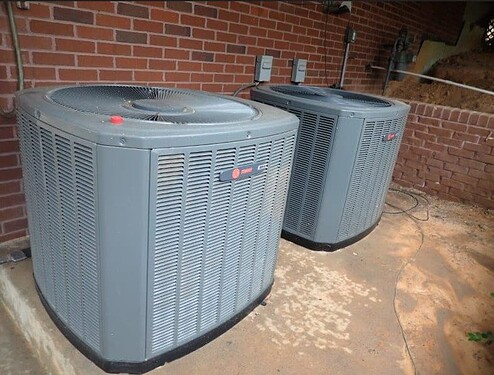 Here I am standing the same place you are.

The example given and referenced was “Hot / Neutral reversed” not an open conductor.

sometimes its hard to get a clear shot of both of them in a tight attic.

Curiously, when 1 and 2 are written the number 1 logically appears to the left of the number 2. The same is true of A and B. Which leads me to the question, “Why didn’t you just call them left and right?” which is their logical sequence when facing them. This is easily understood by even the most childlike client.

That is goofy looking

it’s distorted, yes. but i think it’s a little less harsh on the eyes when there is more of the surroundings. I try to always include the surrounding area, unless it’s a close up shot proceeding a context shot. i think a quick glance of mine gives a little more understanding of the location in a little less time.

I’ve said it before, but if you’re using your camera for a web photo or a pdf too many megapixels is a waste. All your doing with high megapixel photos is making them take longer to load and require more space to store. PDFs will be too large to email. Either way the pictures will be displayed on a low resolution (comparatively) computer screen.

If you have a high megapixel camera you would be well advised to use an app like Fast Stone picture resizer to bulk change all your pictures to a smaller (lower resolution) size and you can add a custom watermark at the same time.

Just to add to that… All true, however if you need to use the photos as evidence OR you want to provide the option of a printed report (call me old school) you will need a substantially higher resolution of at least 150dpi (300dpi is better) and as large as you can take them (4K is gonna be 3840x2160 minimum) to provide the best possible output for any printed documents. So absolutely uploading 4k or larger images to the web for report delivery is probably not necessary, but having that resolution available is indispensable for other purposes.
Just my .02 worth

i think a quick glance of mine gives a little more understanding of the item in a little less time.

I think you just like the fisheye. Gives you that “edge”

No worries, have fun with it. No one is coming for you. 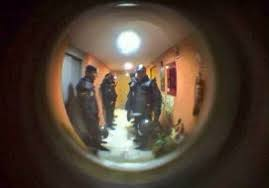 Curiously, when 1 and 2 are written the number 1 logically appears to the left of the number 2. The same is true of A and B. Which leads me to the question, “Why didn’t you just call them left and right?” which is their logical sequence when facing them. This is easily understood by even the most childlike client.

valid point! i do that with some things, like left and right sinks in a bathroom.

like a wise person once said here on this forum, you gotta stay ahead of the crazies. i take a lot of effort to make the report absolutely fool proof.

I think you just like the fisheye. Gives you that “edge”

hahaha, you’re not wrong I suppose. there’s a bit of technological novelty 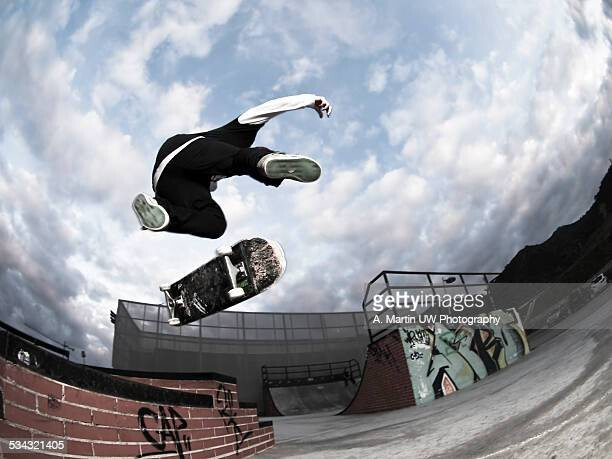 but having that resolution available is indispensable for other purposes.

In my software, if I do not reduce my pictures prior to uploading them into my report. My .pdf file is way too large. All reports are delivered electronically, either html or pdf.

However, the high resolution of the photos prior to resizing is awesome and helps with my inspection. Back to finer details on defects or even data tags. For example, if I snap a photo of a chimney I can zoom in on my computer in high resolution for a second look. Maybe I find a crack? Who knows?

This thread has been HIJACKED.

The bedroom you just showed could likely have one that is bad causing everything downstream to indicate a fault.

Not. Every outlet would have to be miswired even if they are on the same circuit. Outlets are wired in parallel not series. Miswiring one outlet won’t affect the others if they are wired properly.

That’s not entirely accurate Bob…
If different outlets are run to say a junction box using two different conductor runs, one of those runs could be reversed in the box and will test with reversed polarity at the outlet(s). The outlets may or may not be installed in a sequential pattern on that run, such as when additional outlets (placed at random locations) are added to a room at a later date during a remodel. So any number of outlets when physically pulled for inspection could appear to be wired correctly, yet the problem is where the junction connections are made. Essentially this would give you some outlets testing with correct polarity and some not, all appearing to be on the same “circuit” (because technically they are), but the problem isn’t with the outlet itself, it’s back at a junction box (that may or may not be visible) that was used to expand the circuit. However since they are ALL physically wired to the same OPD they are on the same circuit.
I’m not sure if I explained that well, so feel free to ask and I’ll try to draw up a diagram for further clarification.

This part is true however:

Miswiring one outlet won’t affect the others if they are wired properly.

I do not use it mainly for the reasons that Brian mentioned. Roy brings up another good reason.

Plus, some new phones zoom 100x

Remember, phones zoom digitally, not optically.
Huge difference in quality and digital is much more sensitive to shake/blur.

This thread has been HIJACKED.

Right? All I did was ask why people don’t just use their phone camera…

All I did was ask why

What, are you new here or something??

It started with the phones… not really PPE, but it is still “gear” so even I responded. I would like to see the post get back on topic though. I think it’s been an informative discussion, even if a little “spirited” at times.

From your original list I have 2,3,4 and 6. Don’t use any of them on a regular basis. Don’t believe anyone mentioned shoe covers (not really PPE although many worried about Covid request them?). Someone mentioned band-aids which is good for a small cut but you should really have a more complete emergency medical kit - hopefully you never need it.

Anyone mention Knee pads. Don’t have them but I was thinking of just getting a thick foam gardeners type knee pad to put in the bag.

In the shoe department high rubber boots are needed from time to time and I have a slip on pair of wet weather rubber soled shoes for slopping around outdoors (change them before I enter the home).

I use the Kodak PIXPRO AZ401 I believe it cost around $150, I don’t spend a lot on cameras knowing they will get beat up on inspections. I don’t mind the size but may look into the slimmer models the next time I need one.

Also, it sounded like you use regular batteries, I highly recommend buying rechargeable batteries, you can easily get a couple years of use out of them. There was an old-timer on here a few years ago who was set in his ways and refused to use rechargeable ones, I asked him if he had stock in the battery company. Such a huge waste of money considering how quickly digital cameras eat up batteries.

I bought both used on Evil-Bay. for less than a buck.