The shame of obama

WE LET THEM DIE

[American life must be cheap.
At least in the valuation of the White House and the other big buildings around Washington.
Must be the men and women sent overseas mean nothing. We’ll meet your coffin at Andrews, if there are TV cameras, but damned if we’ll come to your rescue.
That’s what we learned at Benghazi.
As details have come out in dribs and drabs, each new revelation has illustrated the uncomfortable fact that we left those men to fight and die alone.
We did not defend them, we did not relieve them, we just watched them. Our drone circled overhead, providing a real-time video feed, but it did not fire its missiles, it was not used to guide in a relief force, it just took pictures.
Grisly souvenirs of a gutless administration.
For most of a year, our Libyan ambassador and various members of his security detachment warned of danger and pleaded for assistance. Time and time again the people on the ground said it wasn’t safe and they needed protection. Time and time again people in Washington declined the requests. Instead of increasing our security forces there, the administration cut them.
And then the attack came.
On September 11, in a concerted and effective three-pronged attack, well-rehearsed terrorist soldiers moved against our consulate.
It was like shooting fish in a barrel.
We were outgunned and defenseless. Our “safe room” became a death trap and our “safe house” was a point of ambush.
Almost immediately, the consulate contacted Washington and passed steady information about the attack. Maybe Washington didn’t need to be told. At some point before or during the attack, a Predator drone began circling the fight, sending video back to Washington.
The State Department quickly and repeatedly sent secure e-mail updates to senior officials and organizations across the government – to include the White House situation room. Two hours into an eight-hour attack, the State Department reported that an al Qaeda-linked local militia had taken credit for the action.
Much attention has been paid to what the White House and senior officials did, not to what they didn’t do.
What they did do is swear for almost two weeks that the attack was a passionate outgrowth of protests over a YouTube video. Over and over, including on a taxpayer-funded ad in Pakistan, the president and secretary of State apologized for the video and condemned it as disrespectful to Islam.
That’s what they did.
And it’s worthy of attention.
But even more worthy is what they didn’t do.
And what they didn’t do is help the besieged Americans in Benghazi.
They let them die, live on surveillance TV.
The fight, we have learned in the last two days, lasted not two or six hours, but eight. For eight hours our men and women were under fire. At the end of those eight hours, apparently from some sort of explosive, the last two Americans – former Navy SEALs – lost their lives.
While we did nothing.
Yes, the government had endangered the Libyan mission by gutting its security and denying its requests for more.
But, yes, when the attack began, and for a couple of hours after, American forces seem to have been well within quick-response distance.
Though our Sixth Fleet supposedly asserts American power in the Mediterranean and northern Africa, it has been gutted to such an extent that it is almost meaningless. President Obama says this has something to do with horses and bayonets.
Almost any naval vessel, however, could send missiles to Benghazi. Further, U.S. Navy aircraft in Spain and Crete seem to be within easy range of Libya.
Not a one of them was sent to relieve the besieged Americans.
But that’s not the worst part. In a situation like this, the Navy was the junior varsity. Sitting an hour’s flying time north of Benghazi is an entire U.S. Air Force base in Italy.
It is incomprehensible that over the course of an eight-hour battle in which Americans were fighting and dying that not a single one of those aircraft was scrambled. We had attack aircraft, fighters and gunships a plenty, parked on the pavement in Italy, and none of them were brought to bear.
Further, we have an airborne Brigade Combat Team in Italy. Not a one of those soldiers was moved. The only report of military response to the Benghazi attack was the activation of a quick-response force in Stuttgart, Germany.
But it wasn’t that quick and it wasn’t that close. And by the time it got to Sicily the fight had been over for several hours.
The bottom line: We didn’t do anything.
Which means we are either impotent posers, incapable of actually pulling our sword from its sheath, or we decided to let them die.
Either our head was so far up our backside that through several hours of fighting nobody had the brains or the balls to order a sortie, or we just decided to let them die.
Neither explanation is very comforting.
Neither explanation is consistent with American values.
Our ethic is to leave no man behind.
In this situation, we left a lot of men behind, and we took pictures.
And then we blamed it all on a movie.
When we knew that it was a terrorist attack that had nothing to do with a movie.
That’s not the American way. It’s the way things are done in Washington under the current regime, it’s not the American way.
American life must be cheap.
At least in the eyes of the people in charge.

The lid isn’t going to stay on this much longer folks.

General Inspection Discussion This is a place for general discussion about the home inspection industry. Try to keep the posts topical, but they need not be as specific as the other areas of this board.

George (and Mike, you now better), Please delete your post andmove it over here.

This thread- George (and Mike, you now better), Please delete your post andmove it over here.

Make your complaint to the management to have them move it.

My American friends deserve to know that their ‘President’ is lying to them. What Mike said.

Where were you guys when King George started the Iraq War?

Where were you guys when King George started the Iraq War?

So Mr. Larsen, how many “facts” (whispers and scare tactics) were used to confound the American people to support the president’s decisionto go into Iraq? How many “facts” (especially the ones that Iraq did not have WMD’s) were buried so that the people would support him?

Would a poll of the population today still say the Iraq war was a good decision for the country? What about a poll of injured or disabled vets?

And once again the left steps in to try to deflect blame from their President by blaming Bush.

FOUR AMERICANS WERE KILLED WHILE THE PRESIDENT WATCHED. GET IT?

TheBlaze is your source for news and information, original reporting and insightful opinions about the stories that matter most.

TheBlaze is your source for news and information, original reporting and insightful opinions about the stories that matter most. 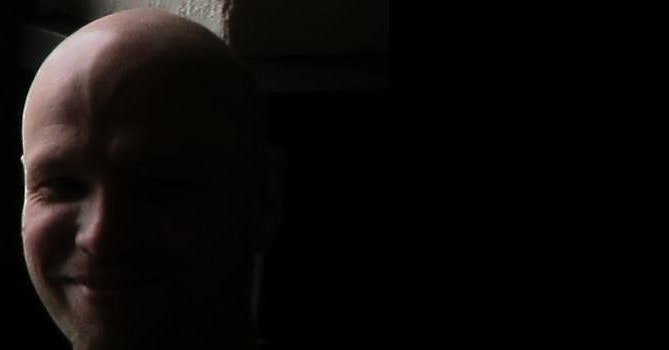 On Tuesday, Sean Smith, a Foreign Service Information Management Officer assigned to the American consulate in Benghazi, Libya, typed a message to the director of his online gaming guild: "Assuming we don’t die tonight. We saw one of our 'police'...

Something that has never been widely posted…

How is it that none of the reported Survivors have been interviewed?
or
is this the source of the continued intelligence leaks…

This thread- George (and Mike, you now better), Please delete your post andmove it over here.

I am sure their families would disagree.

One of the most important discussions that all should be having.

People die saving americans, the politicians ignore their pleas for help and the news don’t cover it. I am feeling disgusted and saddened by the lack of action and reporting.

I feel pity for those that have the faith to believe one sided biased media’s propoganda on any given matter. I also think anyone is foolish to believe our president runs our country.

Something that has never been widely posted…

How is it that none of the reported Survivors have been interviewed?
or
is this the source of the continued intelligence leaks…

hours before his death, he was on a gamer’s forum? … really?

I agree with Charles Woods when he said, “I wish that the leadership in the White House had the same level of moral courage and heroism that my son displayed.”

Fox News senior political analyst Brit Hume upbraided the press for its lack of interest in pursuing the Obama administration’s misstatements and dissembling on what they knew before and after the Benghazi terrorist attacks, lamenting on Fox News Sunday that “one of the problems we’re having here is, that it has fallen to this news organization, Fox News and a couple others, to do all the heavy lifting on this story.”

A “couple of others” may be generous. CBS’s Sharyl Attkisson is about the only other major news outlet journalist showing any interest. “The mainstream organs of the media that would be after this like a pack of hounds, if this were a Republican President,” Hume observed, “have been remarkably reticent.”

You Republicans need to make up your mind. First you guys complained about Obama getting out military invved in Libya. Now you guys are complain

You Republicans need to make up your mind. First you guys complained about Obama getting our mitary involved in Libya. Now you guys are complaining he does not have enough military in Libya.
At least has not lied about why we are there. Too bad you cannot say that about your King George.

You Republicans need to make up your mind. First you guys complained about Obama getting our mitary involved in Libya. Now you guys are complaining he does not have enough military in Libya.
At least has not lied about why we are there. Too bad you cannot say that about your King George.

I’m not surprised as you guys really have trouble dealing with reality.:roll::roll: