Hmmmm panel cover was warm when I went to open…
Glad I wasn’t shocked and grabbed the thermal camera only to find it 89 degrees with nothing other than two light fixtures on.
The second pic is jus to round out the rest of the electrical picture on this place. 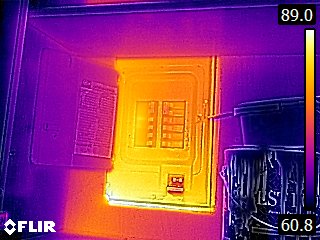 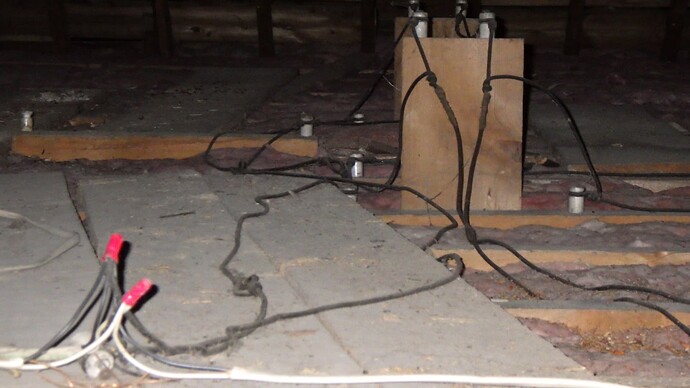 So what caused the heat?

For the attic picture: wow. I don’t see hack work of that age very often, maybe because it caught fire before I was born. Is that the original placement of the knobs, or were they moved? What happened to the tubes? Do you have more pics (maybe send a gallery link)?

What happened to the tubes?

Who needs tubes when it is all just lying on top?

Who needs tubes when it is all just lying on top?

It’s far easier to rework the wiring that way.
Now seriously: the pink Owens-Corning fibeglass is newer than the wiring. The knobs were used when nobody responsible would let two wires touch (they did not trust insulation back then). But the standard was to run through the joists in tubes.

So how the heck did this come to be?
A fire that took out the original ceiling, then someone smashed off all the knobs? A drunk foreman on the job in 1930? Everything was ripped down from the rafters and nailed back on the ceiling joists?

Tubes are used when passing thru a wall or board. 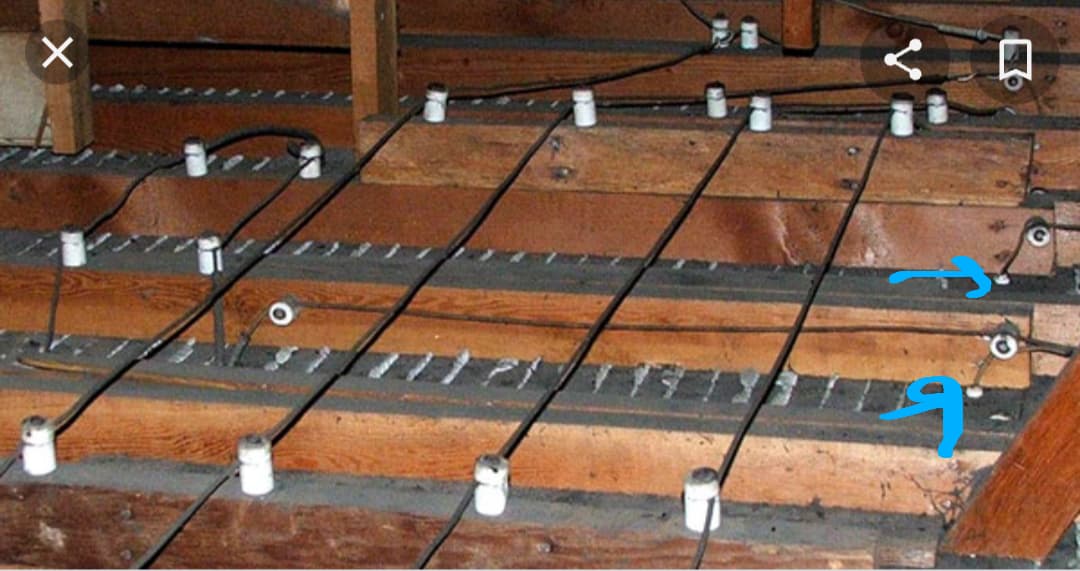 Tubes are used when passing thru a wall or board.

I my area tubes were used for all crossing wires, even if not passing through a wall. And 90% of the time the wires went through studs not over the top. Your photo shows both hot and neutral sharing the same hole without a tube, just loom, and that’s pretty rare here.

Something’s still weird about the OP’s picture: it just does not look like original K&T.

After finding a live, loose outlet, not in a fixture box, near the attic opening, I opted to stop right where I was. This and the newer wire splice on left side of picture was enough to stop any further attic exploration.

The panel temp was also enough to stop me from opening. Plus it was 60 Amp.

My client was right there and I indicated to start his process with calling and electrician in.