Maybe A new way of insulating the water as it comes from the street ? :shock: 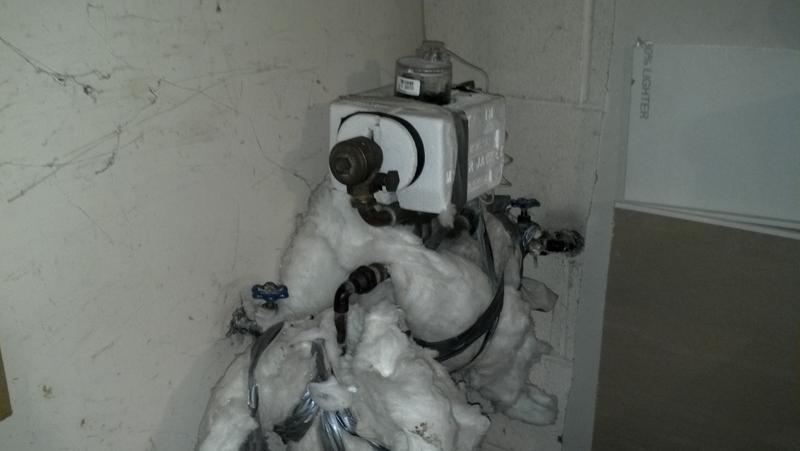 I have seen this in homes that were vacant and not winterized (Winter).

I have seen this in homes that were vacant and not winterized (Winter).

Well Jeff apparently the occupants have been there for a while. So the property was not vacant, however I can understand why the styro-foam is on the meter itself , but what about the other fluff? Just a bad attempt I guess ?

“*You can never have too much insulation”! *

“*You can never have too much insulation”! *

It would appear that way. lol DIY are great

makes for a great Friday.

perhaps he has walked into it several times and was tired of getting hurt, safety padding?