Richard White, an inspector friend in California, had me going with this gizmo for a while when he asked what is it. Hint… it’s not new. 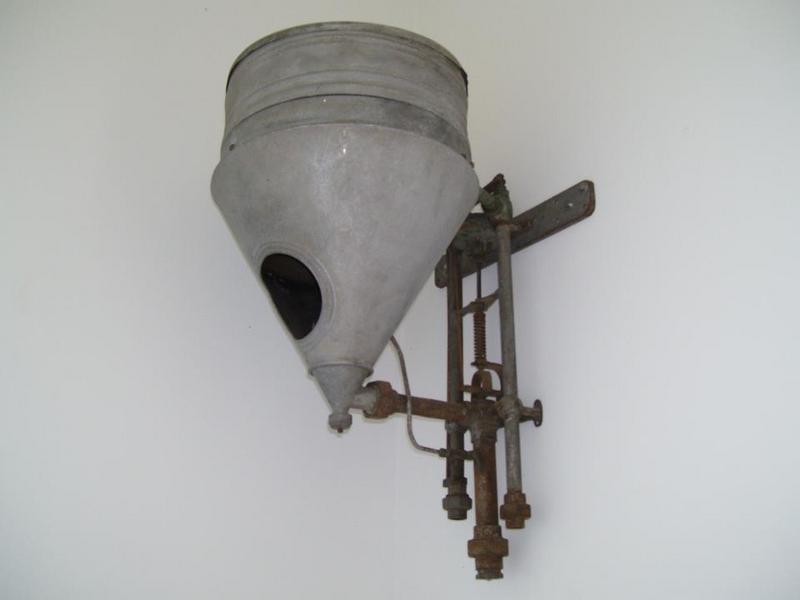 I’ve never seen one in that good of a condition before.

Clearly, it is an old handstand style bidet circa 1930’s. The price of toilet paper was through the roof because of inflation.

It’s a gas fired hot water heater. One of the first for home use. Gas is the center pipe with the little pipe for the pilot then water circulates through the outside pipes.