What is the best budget HI software for beginners in 2022?

Thanks Gregg… I learned a long time ago not to try to sell on the InterNACHI forums. Inspectors like Jeffery set the vendors straight. That’s definitely not why I chimed in. Hopefully it counts that when Spectacular started 10 years ago, we were apart of InterNACHI, so it was started with InterNACHI standards in mind. Nowadays, inspectors who truly want strict InterNACHI standards in their reports will get Kenton’s narratives for their inspection software of choice. In that case, it’s more about the comments than the program. Also, hopefully you’ll reconsider your rule that you want software created by an inspector. That’s the same principle of having your electrical work done by a plumber. You want a computer person to build your software. Just like you mentioned how PalmTech didn’t know what redundancy and cloud backups were, that’s not expected by inspector run software companies. I spoke with an inspector client yesterday who uses our 4Point & WindMit services, but hadn’t converted his PalmTech home inspection narratives over yet and said their system was still down (2 days) and converted it right away. Trust me, with computer person run companies in this industry like Dominic w/ HIP, Mike Wagstaff w/ Spectora, or me with Spectacular to name a few, there are thousands of inspectors giving input to make the program that they use better for the inspector…

Hi Aaron, just to be clear I don’t expect a home inspector to be hands on the keyboard in C++ developing the program. I do expect, someone who has worked as a home inspector operating in the capacity of something like a Product Manager to drive what the Python and C++ software developers are writing.

I’m looking at Inspect Express at the moment and so far, I like what I see… you can even go in AFTER you’ve completed your report to make tweaks if desired via MS Word. I haven’t asked Michael yet if they would customize the report template for an inspector, but if you have a decent working knowledge of MS Word, it should be pretty easy, if not, I would imagine they would work with you - based on my interaction so far.

There’s a relatively new reporting software company based in Texas that has some of the cleanest reports for the price. Quick Inspect is the name. And you can do a report for $5 per if you don’t want to buy into a package. 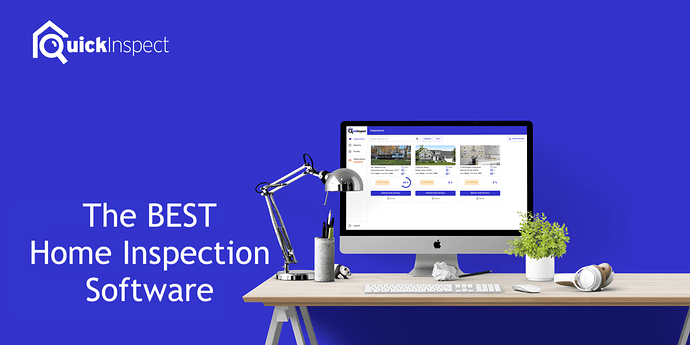 Thanks, but this is simply not for me… I won’t expose my client data like that, and I really don’t want my clients to go to a third-party website to retrieve their reports. Call me old school, but I already have my website setup to deliver my reports. I just need a faster way to create them and that is what Inspect Express seems to offer - without having to pay monthly subscription fees in perpetuity, never mind the user interface changes and all the other disruptions that will ultimately be experienced by a cloud based system… did I mention the exorbitant cost of such an arrangement?

If you have suggestions for a completely OFFLINE type of system I would like to hear about that… but I’m not doing the “cloud” thing.

A budget option for offline reporting could be Whisper reporter. It’s another texas-based company that’s been doing inspection reporting software for 20 years, and totally offline. It’s a buy once and done kind of thing.

Have you used either Whisper Reporter or Inspect Express?

I haven’t heard of Inspect Express and have not used Whisper. A lot of the OG inspectors swear by Whisper but to me it looks like a glorified Word doc.

I used to use HIP but moved to Spectora. Both have their pros and cons. Both store info on their own servers and both are subscription based.

HIP… have their pros and cons… are subscription based.

Only true for Mobile version, NOT Desktop as it does not require the Cloud to operate. (it’s just no longer listed on their website to avoid confusion as most want the mobile version only). Call them for details.