What is this electrical fixture?

This is in the house I’m renting. Can anybody tell me what it is or what it’s for? It’s near the kitchen in the back of the house. It’s on the inside of an exterior wall. 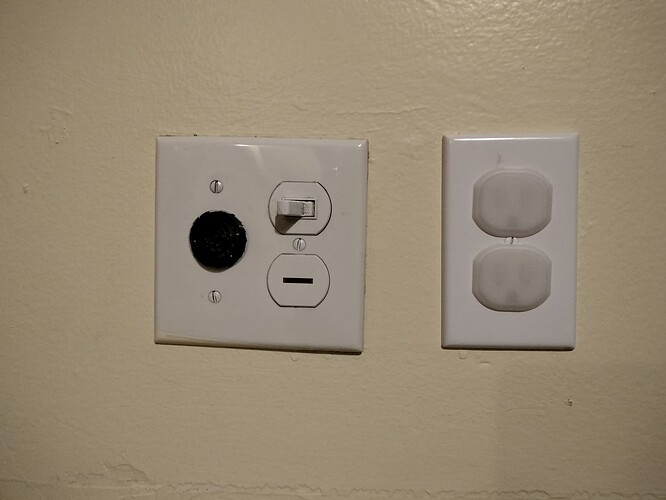 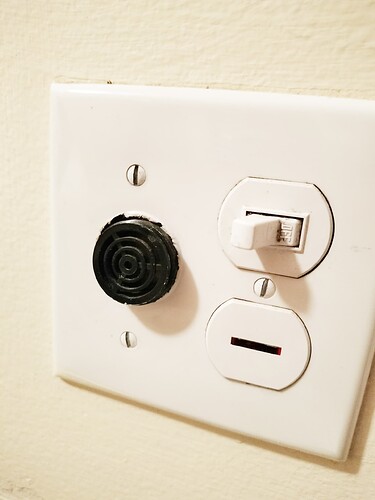 Whatever it is, the switchplate has been modified to accept it.

A wall switch with an indicator light, and an alarm buzzer.

This is in the house I’m renting. Can anybody tell me what it is or what it’s for? It’s near the kitchen in the back of the house. It’s on the inside of an exterior wall.

It appears to be a switch with a pilot light to indicate it’s on similar to this https://www.homedepot.com/p/Leviton-1-25W-125V-Combination-Switch-with-Neon-Pilot-Light-White-R52-05226-0WS/202035018 . As stated the cover plate was modified to add the sonalert device on the left. Those damn things can be real noisy!

What does the switch itself control? Have you removed the cover plate to see if the sonalert is tied to the switch or if there is a second set of wires coming into the outlet box and to the sonalert? Was this the only other oddity in the home? Any idea if the home was occupied or owned by a hearing impaired person in the past? That’s about the only type person who can stand those damn sonalerts activating for any length of time.

I concur with Bob on this. On/Off Switch Handle orientation. As well the gang box plate has been modified. This would be a safety issue. Not OEM pieces,
Request disclosure from the vender. 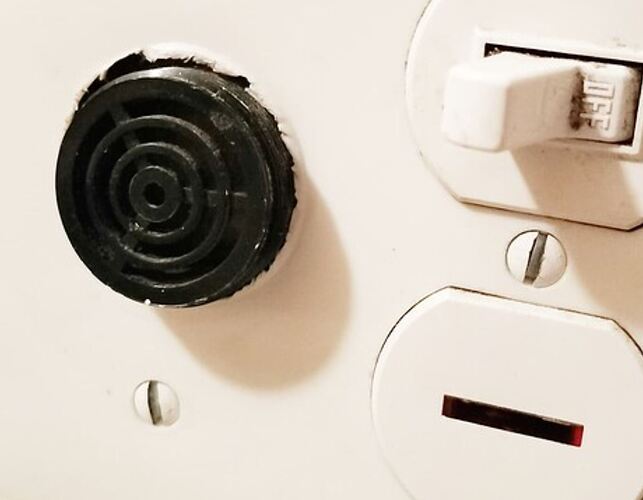 in the house I’m renting. Can anybody tell me what it is or what it’s for?

The black round faceplate appears to be a sensor/sniffer. To the right, On/Off switch on the top. Bottom, power indicator.

Switch should be in the ‘ON’ position when it is “pushed away” from the doorway, so when entering a room in the dark and searching for the switch, your hand hits it and “pushes away”, turning it on!

Horizontal light switch - which way is on? - HomeOwnersHub

The switch with the indicator light is most likely for a light in a crawlspace or attic, and the gadget is a water overflow indicator buzzer? 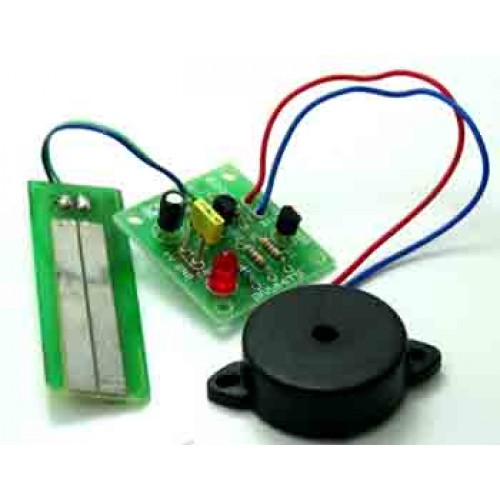 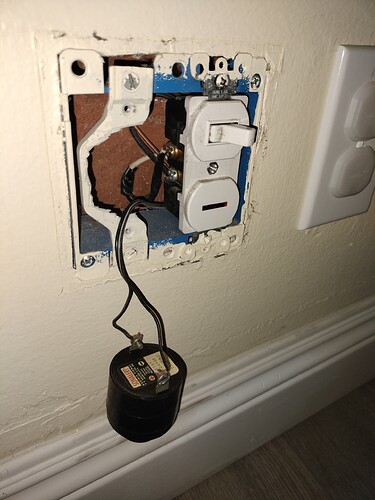 Sure is low on the wall. Is it possible the switch controls the outlets to the right?

Motion sensor? Turn it on when you head to bed.