Why would you do that?

Any thoughts why a homeowner would do this to the bottom of a laundry room sink base cabinet? Just curious myself. 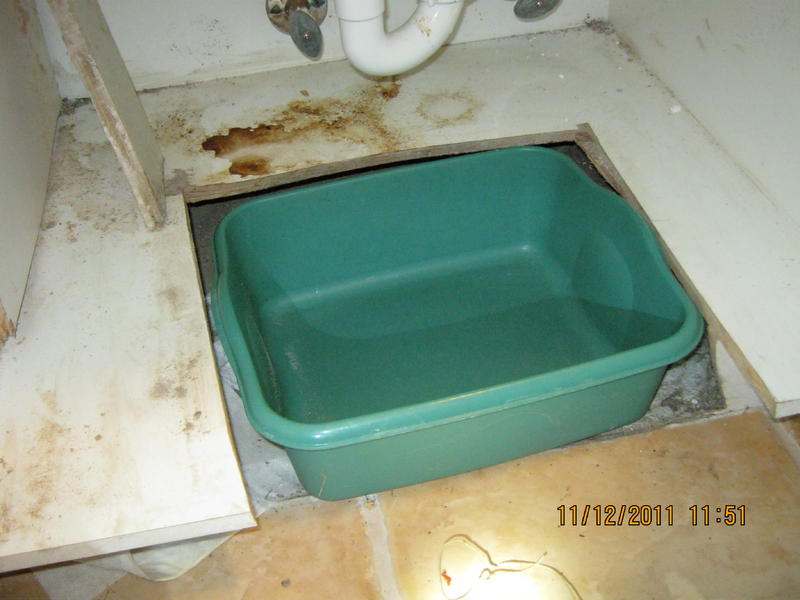 No idea but I stopped asking myself why people do stupid things to their homes long time ago. Chances are good they can’t even tell you themselves. I have seen worse than this…5 gal bucket under an open sink drain in the kitchen for instance…straight open drain down into the crawl space…p trap held up with a rusty coffee can and a bottle of dishwashing liquid and a brick and tied up with a doo rag.

Good point Doug. Forgot to add this picture which was directly above. Probably unrelated but maybe someone else can piece it together. 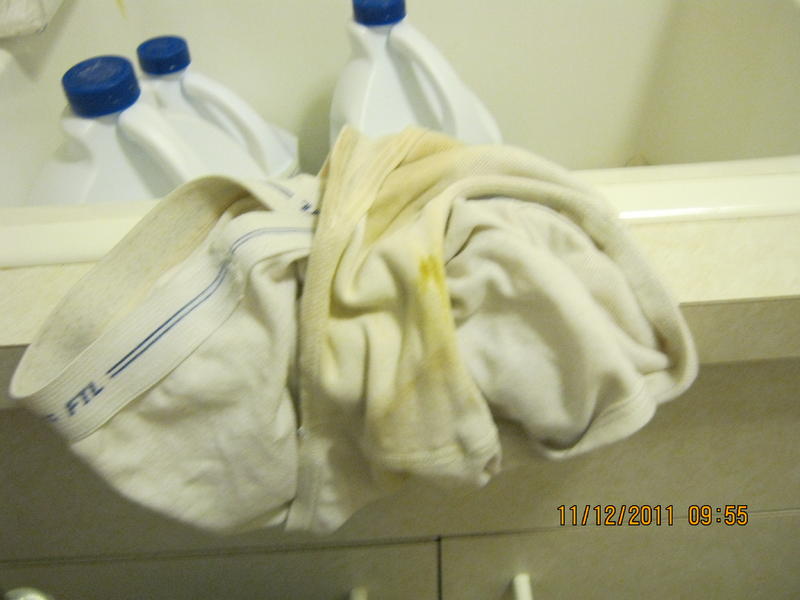 I’m not touching those rags, thank you.

My guess would be that the bottom rotted out and they just cut it out, then just put the bucket in because they didn’t know how to fix the leak

Really,I thought it was a kitty pool.