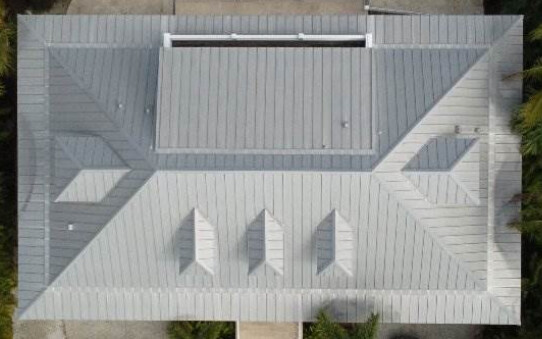 It’s the whole roof structure. Include the dorma windows

Hip dormers do not get added as they are not part of the perimeter.

Well, I really appreciate the comments! But I’m no better off than where I started… Still no clear answer.

Anything considered a living space. Excluded are garages and covered walkways toward the main house.

You’ve already measured the perimeter. Hip features inside the perimeter don’t count toward the total because they’re not attached to an exterior wall.

Any gable feature Anywhere on the roof system (on the perimeter or inside it) counts against the Hip credit or in other words, adds to the 10% limit.

Is this more helpful?

Thanks for the clarification! That helps a lot.