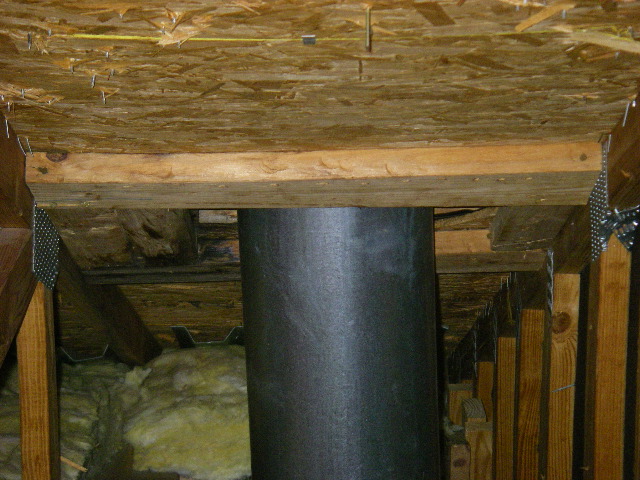 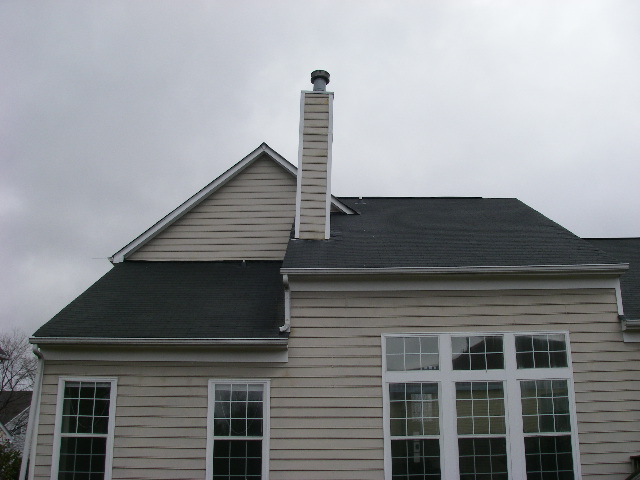 Prefabricated chimney systems are very common around here Bruce. Am I missing something?

Prefabricated chimney systems are very common around here Bruce. Am I missing something?

That flue looks like its leaning a little. The framework is just sitting on top of the roof which provides little or no wind resistance.

That flue looks like its leaning a little. The framework is just sitting on top of the roof which provides little or no wind resistance.

The lean was even more noticeable in person, the first look at it was a quick glance over my shoulder as I walked towards the rear. I thought, uh oh, even after a one second glance I could see the lean. As I stood there and estimated the height and amount of lean, I remembered the lightweight framing that I has saw an hour earlier in the attic.

14 year old, bank owned house, guessing the structural warranty is expired but someone should be responsible for that oversight.

The gable end truss has lots of webs and support but the one at the low side is a basic 2x4 truss.
Then of course, the resistance to wind is really poor as Randy said.

As long as the liners are zero clearance.
I have never seen liners like that. I use and see only stainless.
Code in Montreal Canada were I work.
They look galvanized.
Is the leak in the crown? capped with aluminum and it is not one full piece but seams are caulked and caulking is dry and shrunken?

I think I see a problem because the structure ( chase ) is erected on top of the roof decking and there is no lateral support that I can see below tied into the web trusses. Then you would need approved plans.They look built onto the truss work.
I blew up the photo and also see no flashing and the left piece of 2/4 wood below the decking looks black because of water infiltration due to poor flashing and poor anchorage to the structure.
It would not pass building code here.
We mostly built chase chimneys agents a wall.
Not many free standing chases unless the architectural engineer has approved plans and then you tie into the framing of the home and elevations are limited to x number of feet. I have never seen more the 7 but its more like 5…
That’s me.
May call out a carpenter is needed for chase evaluation.