My question is, can you have 4 water heaters in series. I did an apartment building the other day and its the first time I have seen this. I see there are no TP lines, and they are missing their pans. Anything else I am missing? Thanks for your help. 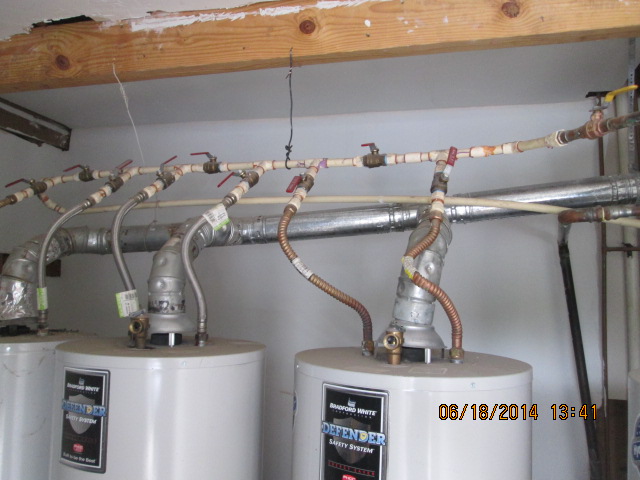 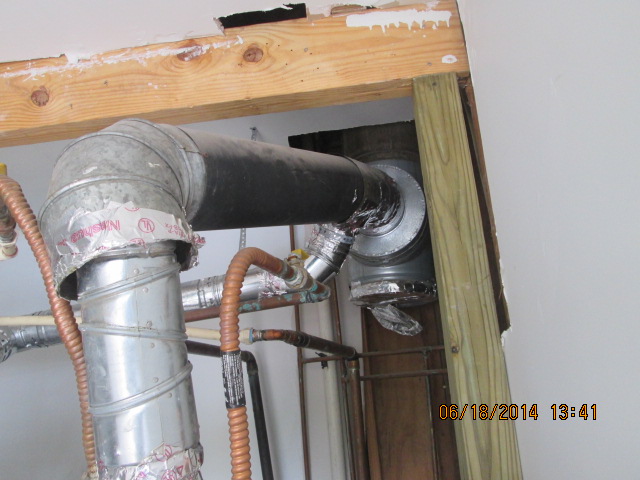 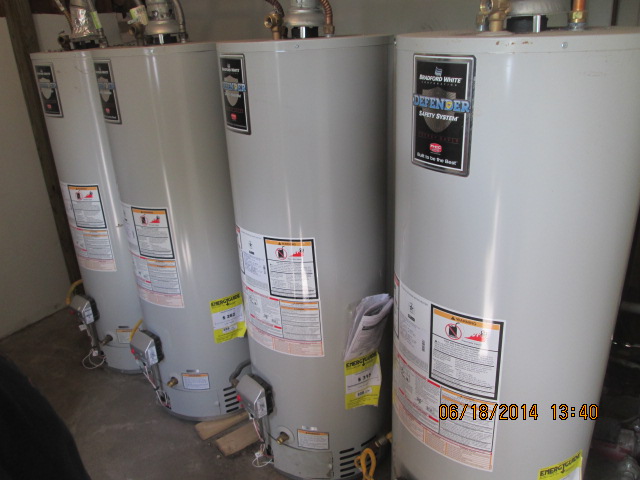 Hard to tell from the pictures but it looks like the draft hoods are loose, and the first vent connector is open at the connection. Sloppy, poorly supported piping. Amateurish installation.

The ‘breeching’ (the vent connector the four vents are running into) looks wrong in the pic. It should be sized for the combined BTU as per the gas code tables, and typically breeching gets larger as each appliance is added in. Maybe it is the picture, but it looks as if the breeching is the same diameter as each vent connector, about 4".
Refer to qualified gas fitter for evaluation.

Spencer, I may be looking at it wrong, but are the hot and cold water lines feeding to and from the same pipe?

Here is a simple series pic: 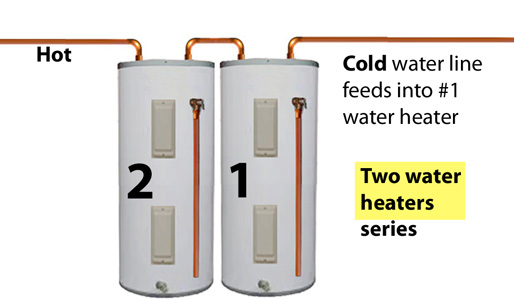 Spencer, I may be looking at it wrong, but are the hot and cold water lines feeding to and from the same pipe?

Here is a simple series pic:

Yes. look at the valving carefully.

Yes. look at the valving carefully.

It looks like all of the valves thay would make it in series look open. I agree with you, it’s a mess.

Amateur at best. Yes, the bypass valves are closed which makes it series. Doesn’t seem to be sized right…I would recommend a plumber evaluate.

…and, it looks like the single wall vent pipe is closer that 6" to combustibles above, from here.

Being a commercial property, I would be surprised if no permit was required. There certainly was not an inspection by the AHJ!