Anyone know what this is for

This is a bathroom in an office building. The grey pipe appears to be PB, but what is it used for??? 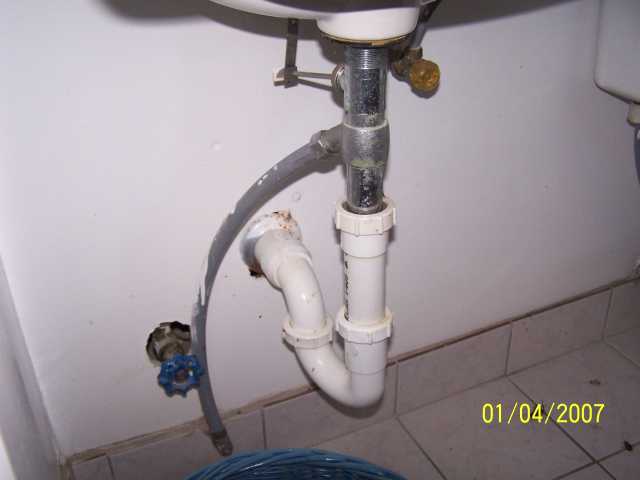 Might be a trap primer for a floor drain.

I found one like this traced it to the TPR valve discharge .
Great if it goes of when some one is washing .
A definite Hazard immediate repair or replace.

It is not for the water heater. The heater drains to the outside of the building. There is also one in the other bathroom.

When I first looked at it, it did put me in mind of a dishwasher type tailpiece, except that the branch is tipped the opposite way on your picture. That’s what made me think that maybe it was for a trap primer.

I just Google’d “trap primer tailpiece” under images, and this is the picture that came up. It appears identical to yours:

It’s not a trap primer like I’ve ever seen. Without seen where it terminates I can only guess and I don’t have a good guess.

It’s not a trap primer like I’ve ever seen. .

Did you check the source for water to the office coffee maker?:lol: