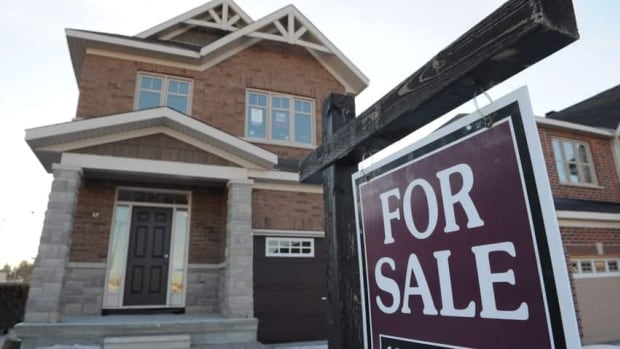 Whether a home is old or new, an inspection is recommended before purchasing it. Following are some things to remember to get the most from your home inspector.

Whether a home is old or new, an inspection is recommended before purchasing it.

Following are things to remember to get the most from a home inspector in Canada:

1. Read Mike’s book Holmes Inspection so you will have some idea what your home inspector should be looking for.
2. Go over the report with you inspector and ask questions - lots of them.
*3. If you suspect that your home inspector missed something have another inspector do another inspection. (Would you rather spend $500 for a second inspection or risk spending $50,000 for major repairs?)Rating3Agree with comment (3 people agree)](http://www.cbc.ca/news/canada/story/2011/11/08/home-inspection-tips.html?cmp=rss#)Disagree with comment (0 people disagree)](http://www.cbc.ca/news/canada/story/2011/11/08/home-inspection-tips.html?cmp=rss#)ReplyPolicyReport abuse (0)

Now I know why it sounds like add … Roy

CampusAve is excited to offer online classified ads to Lake Superior State University and the city of
Sault Ste Marie, Michigan. From student housing to roommates to textbooks to jobs and internships,
there is something for everyone here. Gregory, Neil

Well that puts everyone in Ontario on notice that we must get a license to continue doing Home Inspections.
Since CAPHI says we must be
licensed and qualified.
I wonder if they know how stupid that sounds!

Thanks I will keep my eyes open for him!
There is one RHI and one that is an associate.

He may be a teacher but he is not associated with oahi. 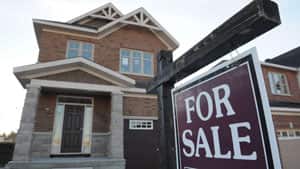 Even consumers looking to buy a new home should have it evaluated by a licensed and qualified home inspector, industry members urge. (Sean Kilpatrick/Canadian Press) The case of a B.C. consumer who bought a home that required $50,000 in water-leakage repairs even after the seller signed a disclosure statement and the home was inspected stresses the need for national inspection standards regulated by the provinces, some industry members and educators say.
British Columbia and Alberta are the only provinces that have regulated the home inspection industry, requiring that inspectors be licensed.
Elsewhere in the country, the industry is self-regulated by various associations with different sets of standards, and membership is largely voluntary.
Blain Swan, president of the Canadian Association of Home & Property Inspectors (CAHPI), says there needs to be a unified set of standards made mandatory across the country.
’A home is probably the biggest purchase we make, and it can have a huge impact on us financially. It can have far-reaching and fairly consequential results if you don’t get it right."—Colin Kirkwood, dean,technology programs,Sault College in Ontario.“At least there is a bar somewhere [in B.C. and Alberta] that someone has to meet,” Swan, a home inspector in Truro, N.S., said in an interview Tuesday. "We [CAHPI] are pushing for higher bars because we believe they belong high in order to provide adequate consumer protection.
“We would like to see one national licensing standard that would be administered at the provincial level.”
Swan and other industry members and educators were contacted to comment on a CBC Go Public story Monday involving Glen Plummer, who says the $596,000 home he bought in Victoria required $50,000 in repairs even after the seller signed a disclosure statement denying he was aware of any water issues.
Plummer said the home inspector he hired “was very clear that they can look for visible defects. They can’t look for anything that can’t be seen by just kind of poking around.”
’Just poking around’ not enough

According to industry interests, “just poking around” isn’t good enough.
Industry figures estimate 77 per cent of Canadians use the services of a home inspector. The CAHPI calls home inspection one of the fastest growing professions in North America because of increased consumer awareness, some government legislation and increased liability.
Home inspectors must understand how the systems and components found in a home perform and mature over time, according to the CAHPI. These systems include items such as structural components, exterior components, roofing, plumbing, electrical, heating, air conditioning, interior, insulation and ventilation. The cost for a home inspection varies, but is generally between $400 and $600.
CAHPI is developing a national program based on its registered home inspection designation “to raise the bar for competency across the country,” Swan says.
“Our goal would be to have the registered home inspector designation recognized by all governments, and to be the accepted level of competency.”
In March 2009, B.C. became the first province to mandate that all home and property inspectors be licensed. The regulation was in place several months before the **(http://www.cbc.ca/news/canada/british-columbia/story/2009/11/11/bc-home-inspection-lawsuit.html) to pay nearly $200,000 in compensation to a North Vancouver couple for a faulty inspection he performed on the home they bought for $1.1 million in 2006.
Alberta’s Home Inspection Business Regulation took force earlier this year after consumers, home inspectors and the real estate industry indicated widespread support for regulation during public consultations with government.
“Many Albertans take the prudent step of getting an inspection when buying a home and they trust that advice when making their decision,” Gael MacLeod, who chaired a committee advising the government on the regulation, said in May when the new law was announced. “Alberta’s new rules will give homebuyers the assurance that the inspector is a qualified professional.”
Thinking of buying a home? For tips on using a home inspector, click here.

The law also requires, among other things, that home inspection businesses carry errors and omission insurance — which covers any claims against inspectors if consumers files complaints that they are negligent or made mistakes. As well, Service Alberta investigates consumers complaints, and any home inspector who violate the regulation could be suspended, have his or her licence cancelled, and may be subject to a maximum fine of $100,000 and up to two years in jail.
One of the biggest complaints Swan and other industry leaders have is that getting licensed or certified can just mean taking a three-day course over the internet. Some courses also don’t necessarily require that inspectors-in-training be evaluated for their performances on the job.
“What’s really critical to licensing is a competency review, and not just a written test,” says Swan. “There has to be a home inspection performed in front of a senior inspector – someone with credentials.”
New homes also need scrutiny

Another school of thought in raising the standards of the home inspection industry is offering the profession in post-secondary schools.
Colin Kirkwood, dean of technology programs at Sault College in Sault Ste. Marie, Ont., says the school’s Home Inspection Technician program was launched in September with 34 students after an advisory committee determined a formal education program would benefit homeowners.
“A home is probably the biggest purchase we make, and it can have a huge impact on us financially,” Kirkwood said. “It can have far-reaching and fairly consequential results if you don’t get it right. This [Sault College program] hopefully will be a catalyst for the industry in terms of change,” Kirkwood said. He noted the college has received requests from other schools across the country about possibly helping them develop their own home inspection programs.

Sault College’s two-year program is much like the other apprenticeship programs at the college, giving students trade skills such as plumbing, carpentry and electrical training, he said.
“Students go through the training they would go through to actually build a house, and know how to build it right and understand the codes from the inside out,” Kirkwood said, adding there’s also a co-op placement component to the program, where students may work with a home inspector or do residential construction job.
Swan says his association would also like home inspections be made mandatory, for instance, whenever someone is taking out a mortgage, and he warns someone buying a newly built home or condominium also shouldn’t just assume it would pass any inspection.
“The trouble with newer housing is it’s built to the national building code [NBC], and the NBC is minimum requirements,” he says, adding, “Sometimes a newer building is not insulated properly, for instance.”**