I dont see foundations that actually shear at the bottom block to often. Normally there are step cracks or horizontal/vertical type cracks.

I recommended a structural engineer.

You could see the floor cracking along with the wall cracking. The photo doesnt show the picture to well.

For my own knowledge. What is the usually cause of the sheared block & what typically is the remedy. 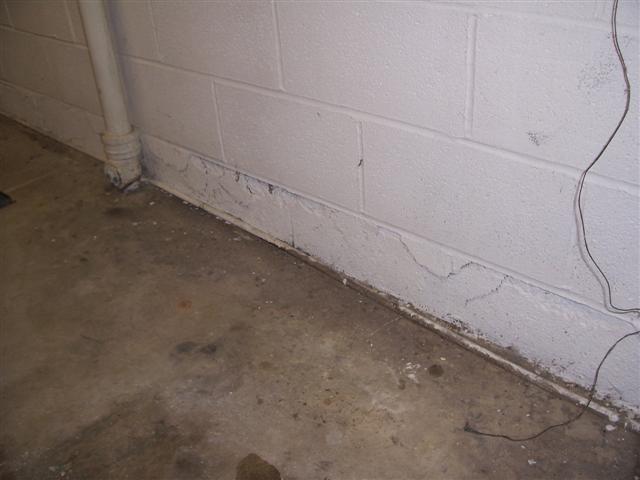 It could be caused by poor backfill containing large rocks. It mean that the blocks was not keyed into the footing.

If it is active, it may require butressing, rebuild, pinning…

Is the house on a hill?

Shear is essentially a condition where part of the foundation ( like the slab) remains stationery, and then some force is being applied to cause movement of other parts, like the block walls. Then, one part eventually gets cut off from the other part… There are many reasons that shear can occur, and it could have occurred a long time ago, or be active now. I would certainty call out the evidence of what appears to be shear, and refer this to probably an SE. This damage could be enough to affect the carrying capacity of what appears to be a load bearing wall, and most general contractors are not qualified to perform these calculations (at least in my area) Of course and as always, your client does not have to follow your professional opinion…

The photo looks like the inner face of the lowest course of block has separated from the rest of the block along a weakened plane parallel to the face of the block. It looks a lot like surface spalling.

I’m having trouble understanding how shearing forces would do that. Soil or hydrostatic pressure would try to push the wall in toward the center of the basement… the weakest part of the wall would be the center since the top is held in place by the framed floor system and the bottom (hopefully) by rebar at the slab/footing. I’d expect to see cracking toward the middle of the wall rather than something similar to spalling at the bottom.
It looks like the bottom of that first course has suffered more damage than the top. Does that mean that the stress causing the problem has originated where the block wall meets the floor?

If the floor is suffering damage also that would be in keeping with what Cortland said about movement at the floor/wall junction. I’m just trying to envision what kind of movement would result in that kind of damage.

Sure would like to hear the answer to this one if anyone ever figures it out.

The photo looks like the inner face of the lowest course of block has separated from the rest of the block along a weakened plane parallel to the face of the block. **It looks a lot like surface spalling. **

I don’t see anything sheared either, the bottom course looks like deteriorated block painted.

I am glad you see it that way too, because, I could not see anything wrong either than the fact the block wall was started with a half block and possibly to maintain the eight foot clear basement,
It underwent moisture intrusion and was painted over again.

It underwent moisture intrusion and was painted over again.

Marcel, that is what the picture looks like to me, maybe we had to be there to really see the problem.

I would also agree; looks like spalling to the surface of the cinder-block, usually due to moisture intrusion. it also fits as its only on the bottom course as well.

Marcel, that is what the picture looks like to me, maybe we had to be there to really see the problem.

That does happen and can happen, when trying to evaluate photos. They say a photo is worth a thousand words, but sure as hell can destort the words at times. ha. ha.

I have seen foundation shear failures where cracking was primarily at the bottom course … location of highest stresses. It was also indicated that the picture didn’t really tell the whole story, so I wouldn’t based things on that alone. Block foundations for houses built into a hill are particularly susceptible. Picture a house with a lot of pressue at the rear pushing on the entire foundation (and side walls), and the primary resistance to that sliding is at the slab/footing level. Thats why I asked if it’s for a house built into a hill.

[P.S. Be very careful with house structural issues, and potential foundation problems in particular, as there are many blown calls in this area as things are not always as simple as they appear … one of the reasons structural issues is the highest liability area for an HI]

The floor was cracked at the same area of the foundation cracking. The picture doesnt show what you would see in person. Here are a couple more photos but they are not very clear. If you look close follow the floor crack to the wall.

Thanks for your replies. I value your professional opinions and expertise. 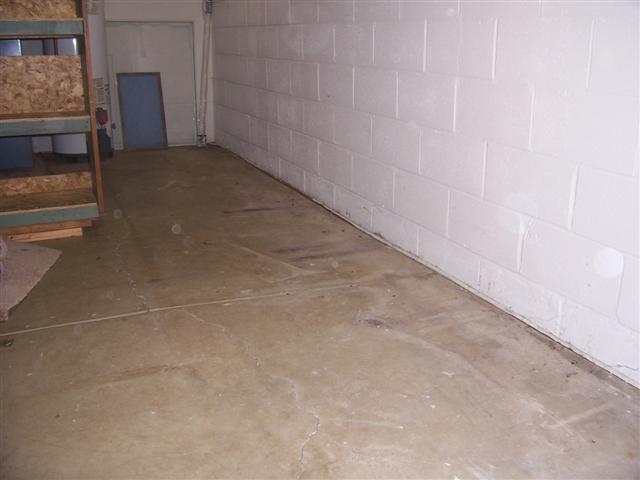 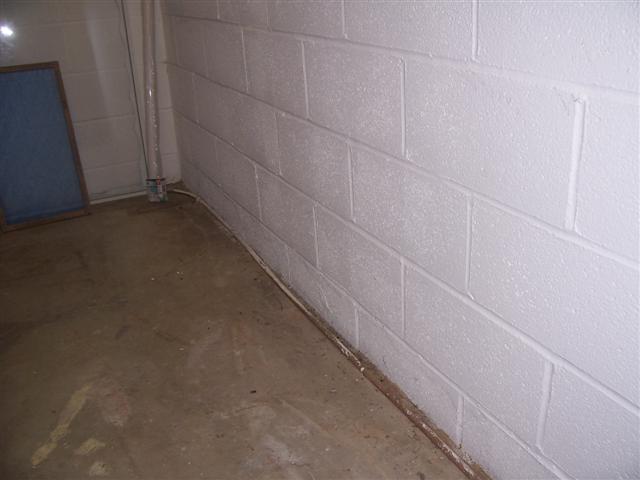 It could be the contour of the footing cracking the floor at that intersection, but I can’t really tell from the picture. I have seen slabs not poured thick enough and cause a crack like that to occur because the footing isn’t covered with concrete.

Just doesn’t look like a big deal in the pictures, maybe a close up would change my mind, or seeing the overall picture of the building in question.

That slab’s looks like it’s floating. If it were to heave a little and there were no expansion material around the perimeter, the slab could be forced against the block by soil pressure and heaving could crack the floor and the floor grinding against the face of the block could break off a surface layer of the first course. Damage would start at floor level.
Damage would be consistant with the photo.

My first thought was spalling…

There is a lot of guessing related to this … and the bottom line with issues like this is you really need to be up close and personal to formulate a reasonably valid opinion. A lot also depends on site specific site/grading conditions (like in particular if the house is built into a hill). While there may be many causes for the apparent defect, the bottom line is that it does indeed appear to be a defect.

As an engineer sometimes doing follow up structural evaluations there have been similar cases were my opinion was it’s no big deal, and other cases where I thought it was a real issue that required repair.

So my recommendation for a typical home inspection is just flag it, recommend further evaluation by a qualified foundation contractor or SE (depending on how serious you think it is based on up close and personal observations that pictures may not do justice) and move on. Avoid evaluation of conditions or causes for the apparent defect like the plague, follow your gut feelings, and “Observe & Report” … thats the job!