Anyone into auto restorations

You’re right on the money, JJ. I should have known better, being a mechanic in the late 1970’s and previously owned a 1970 Cougar (on the Mustang platform) with the little 289 HO. Son just got a 1973 Cougar given to him to restore with the 351C, but the crossovers are toast and unavailable aftermarket. Maybe pull the motor and put it in an old Mercury pickup I have.

Out of the garage. Not without its bugs of course…

I somehow messed up the configuration on the power steering pump, so i guess i will have to tear it apart again.

Thing purrs like a kitten with the new set up so far though.

Had a helper as well but they seem to get into more than help at that age. 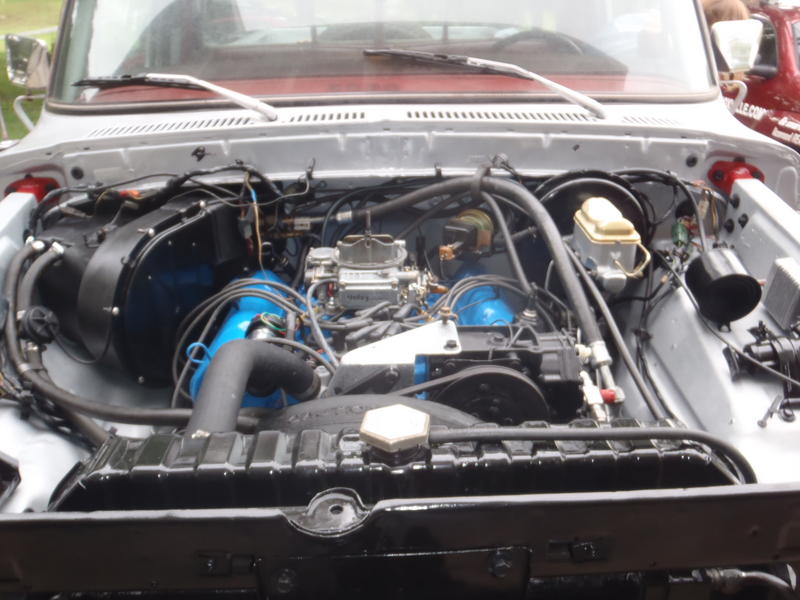 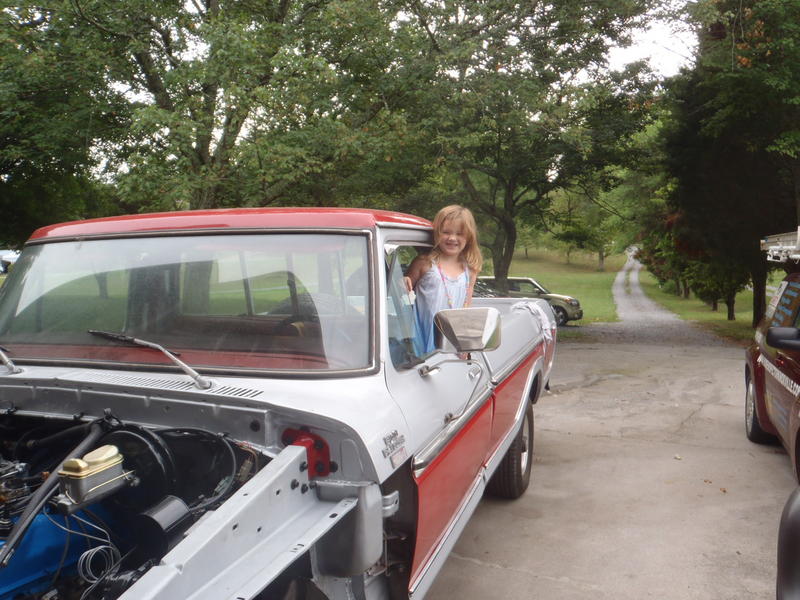 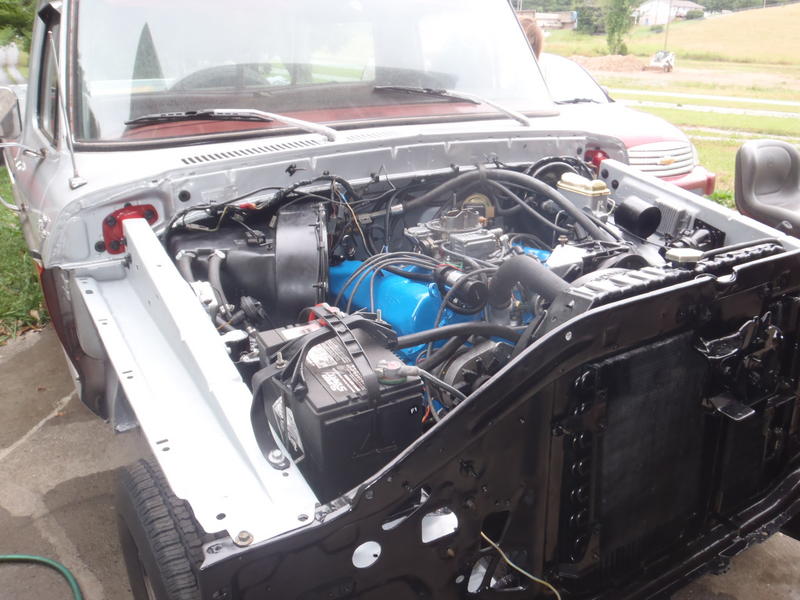 Yeah, but they sure like to see Daddy get down and dirty. And good Company. :)

I have an 84 El Camino in pieces right now, wish I was as far along as you are. just a few of the mods i am doing

Love to find a used 2004 LM7 motor and Trans, anybody get some used parts out there?

still can’t decide on paint, this may or may not be my next company car, we will see. Right now I have to get the drive way finished so I can get back in the garage, it’s always something:D

Just diging up my thread to update, if anyone was interested.

With the bed off and the cab being worked on, all bodywork is done and paint is on.

What a time consuming job to sand and paint and get it right.
There was also a ton of hidden rust and holes that had to be welded and patched.
I also got the idea to shave the drip rails, and what a job that was.
2 tone ppg single stage urathane
Sorry the pics suck, ther wasnt much room in my little garage. 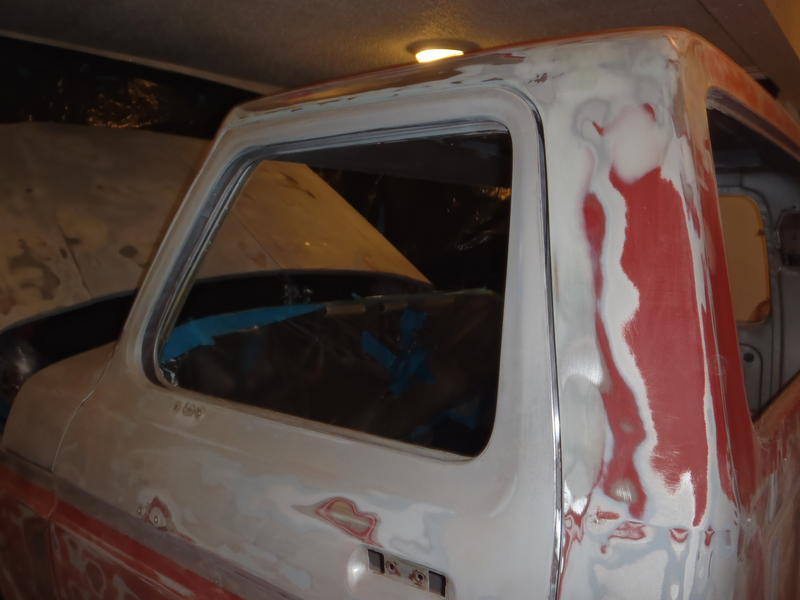 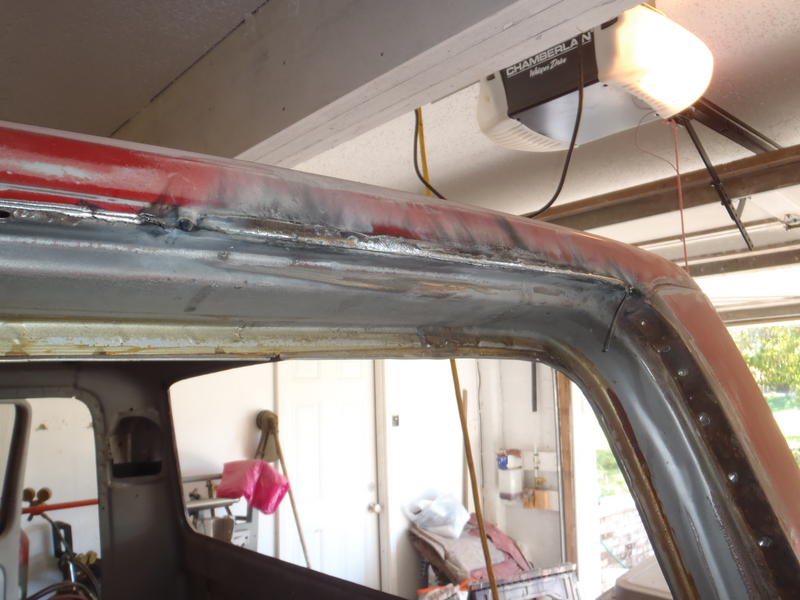 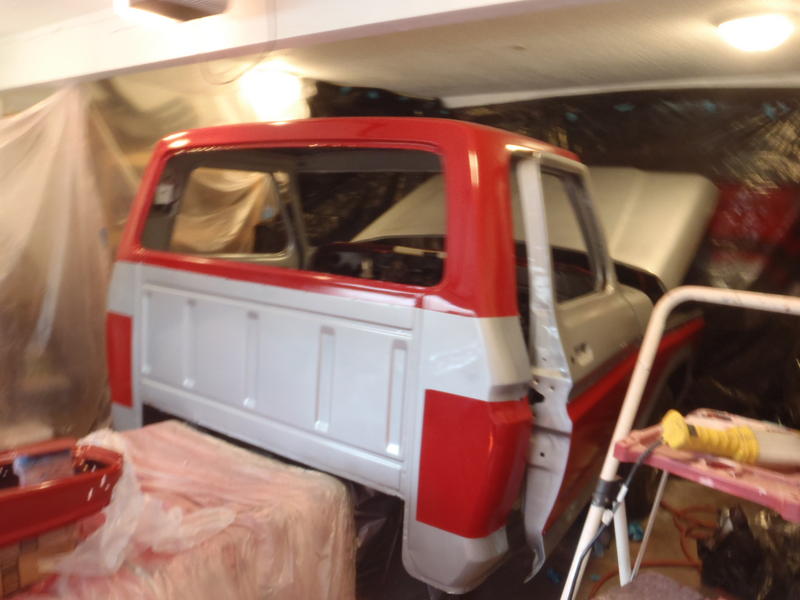 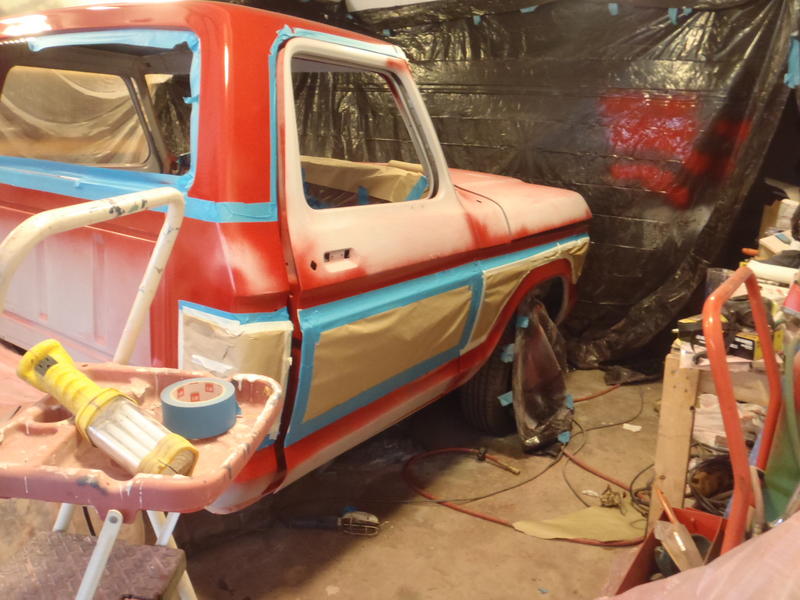 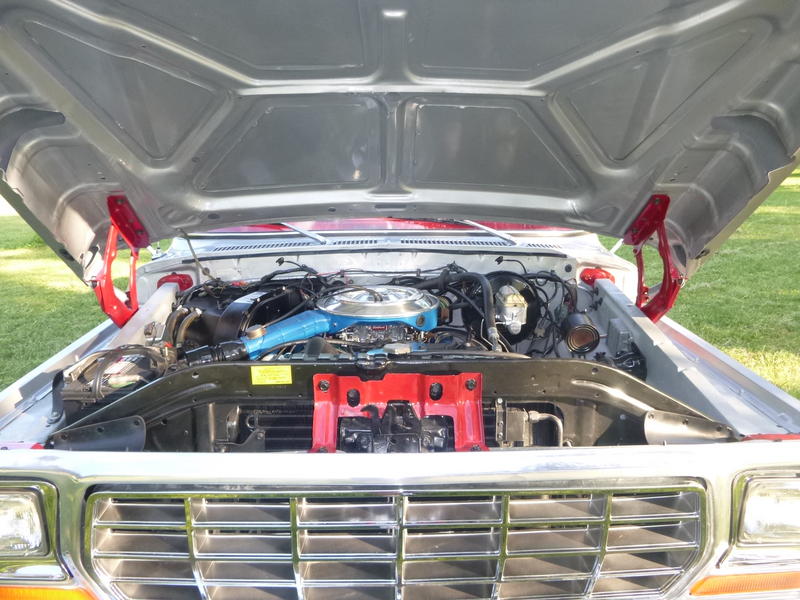 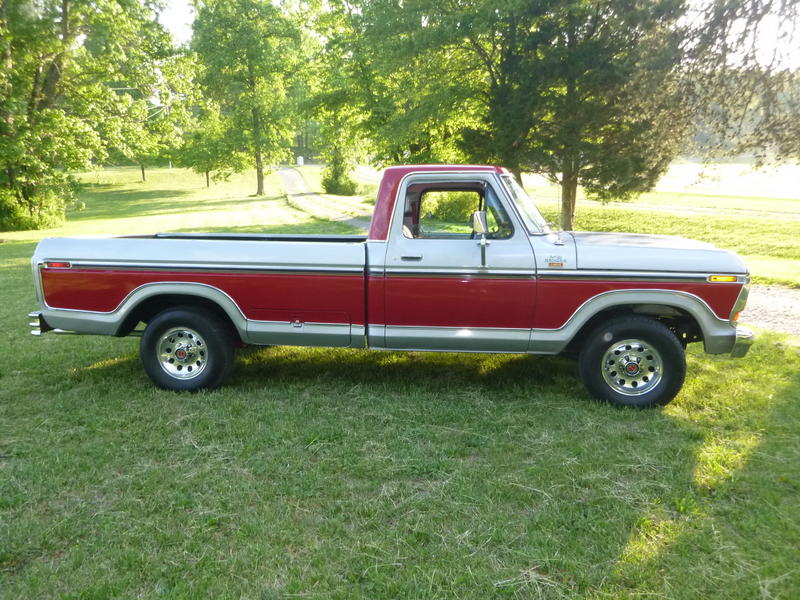 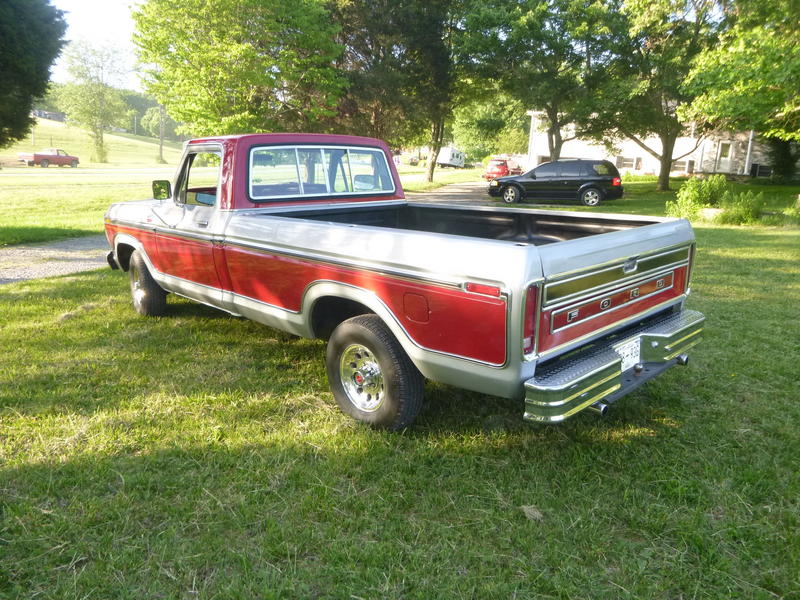 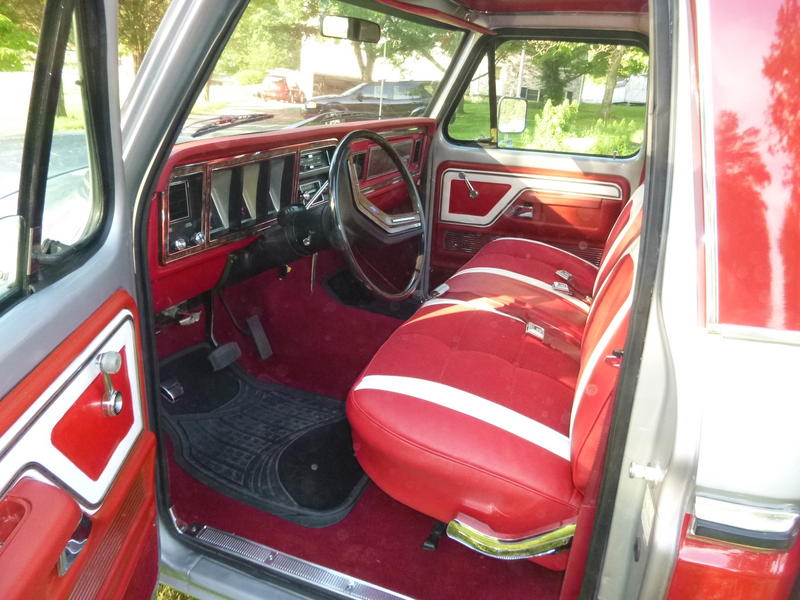 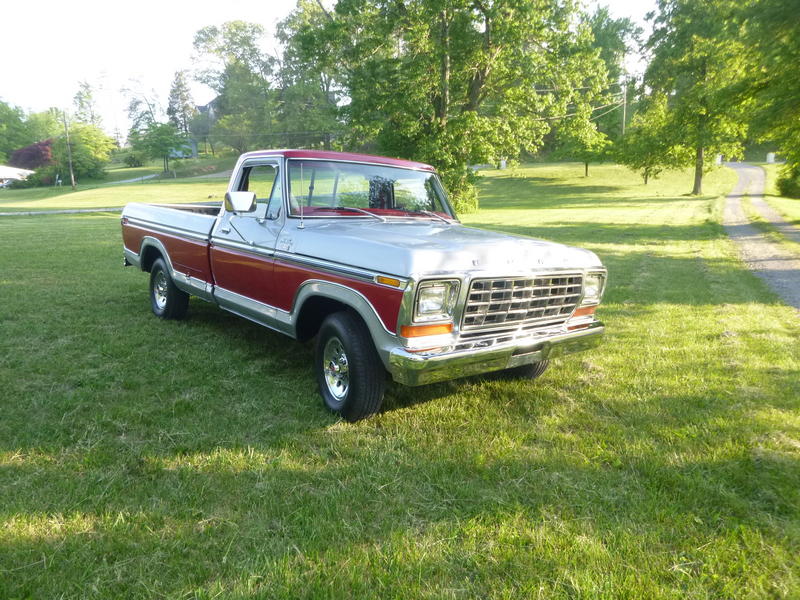 I heard ford’s melt if they get wet

Looks good Sean. I bet your kid(s) can’t wait to drive it.

Sweet ride Sean, I have a 77 ford f250 the last of the hiboy models It was a camper special extended cab 460 with a 5800 lb rear end. It is sitting in the garage now where I parked it one day after driving home from work. The fuel pump went and I decided although it was in very good condition otherwise it was time to put her aside till I could completely clean it up. On the books to start work on it this summer right after my house is sold.

That looks fantastic! You should be proud…congrats on a job well done, Sean!

Crazy the things we did when we were young eh Marcel for me it was a 63 ford t bird with the 390 in 1970 and they chased and clocked me at 130 mph from a plane then sent two cars after me down the dirt road I was on. Car rode so nice I didn’t even notice. I was parked at a marina for ten min before the police got there to come in after me. Cost me 6 points and 230 bucks. My first speeding ticket.

Looks good Sean. I bet your kid(s) can’t wait to drive it.

That will be a while.
If I can keep it that long. I am already itchin for another project.

used to have a 78 F150, similar, but a work truck. I liked driving it out here, all the glass around the cab made for good sight seeing 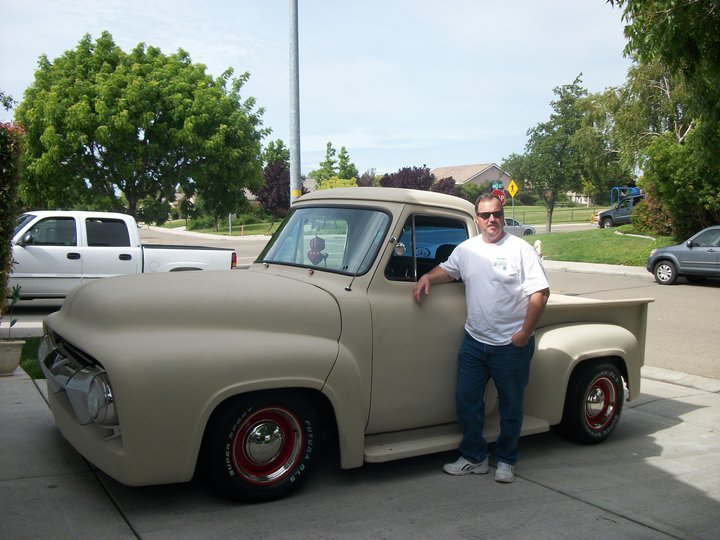 She looks like she did the day she rolled off the showroom floor.

Very talented Sean. I never got into fixing and modifying cars. Wish I did. Looks awesome and congrats on a job well done.