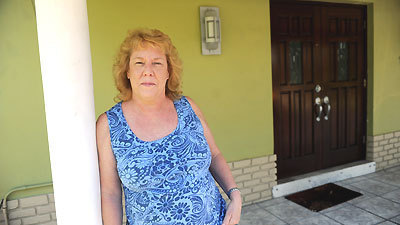 Citizens Property Insurance is calculating the costs of rebuilding homes in a new way, and it's driving up some policyholders' premiums.

Citizens Property Insurance is calculating the costs of rebuilding homes in a new way, and it’s driving up some policyholders’ premiums.

Insurance agents report mixed results, with some complaining that Citizens is inflating how much it will cost to rebuild a home in some cases.

State-backed Citizens is the largest property insurer in the state with more than 1.3 million policies.

Christine Ashburn, a citizens spokeswoman, said the new calculation gives more complete estimates than the ones used earlier. The insurer is only using it for new policies and those with changes in coverage.

That could have big implications for the more than 300,000 homes that Citizens plans to inspect over the next two years. If the insurer decides the policy is based on incorrect building features, the new rebuilding cost calculations could be applied as well.

Citizens officials have not yet said how many policies have been affected so far by the new rebuilding costs, or how many it expects to be.

Tamara Cahill, a Fort Lauderdale homeowner, got a surprise when she applied for a discount from Citizens because she installed a home security system. At first, the insurer gave her $106 off her annual premium.

Then it said her premium would go up 21 percent, to $3,340, when her policy is renewed in May. Citizens changed her policy to add the security system – and recalculated the cost of rebuilding her house as well.

“They’re obviously [looking] for any way to increase” premiums, said Cahill, a single mother who works and attends nursing school.

State law caps annual premium increases for Citizens by 10 percent a year. But they can go up by more if hurricane-proofing discounts are revoked or rebuildings costs change.

Alan Chesler, a partner of Alan James Insurance, said he used the software on about 20 policies and it’s driving premiums up by 17 percent or more.

Dulce Suarez-Resnick, a legislative coordinator for the Latin American Association of Insurance Agents, said she has gotten a lot of complaints from agents and their policyholders.

She said part of the problem may be that the new rebuilding costs give too much weight to policyholders’ neighborhooods, so all homes in an upscale neighborhood get similar boosts in price, regardless of their features.

For instance, her home is in a posh neighborhood of Miramar and appraised at close to $300,000, but Citizens says it would cost about $500,000 to rebuild. “It’s a huge discrepancy,” said Suarez-Resnick. A Citizens representative said it’s working to fix the problem, she said.

One thing Suarez-Resnick said she’s learned: Policyholders should make sure agents fill out all of the house-specific information requested by Citizens. Errors occur if more general information is picked up by default.

Ashburn advised customers to “work with their agent on providing an accurate overview of their property to ensure we have captured the risk characteristics correctly.” She said the insurer will consider a recent appraisal.

“The important point here is that people need to be adequately insured so that if a storm strikes they can re-build,” she said

The appraisals won’t always be accepted. Chesler said the new software bumped up the rebuilding cost for one of this policyholders with a high-end home from $767,000 to $1.2 million. “Citizens refused to accept the appraisal. [The] client canceled the Citizens policy and went with” another company in March, he said.

Rob Crane, an insurance agent with Barkley Insurance Agency in Fort Lauderdale, said rebuilding costs decreased for most of the roughly 150 policies he moved from private insurers to Citizens in the past three months. That’s because many of the private insurers raised their rebuidling cost estimates in recent years by annual inflation rate of 2 percent to 4 percent. Those that didn’t because of the construction slowdown typically have lower rebuilding costs than Citizens, he said.

Crane recently helped Michelle Hitchcock, a policyholder in Fort Lauderdale, get coverage from Citizens after she was dropped by her insurer. Her home was recently reinspected by Citizens and she lost $340 in hurricane discounts and got a higher rebuilding cost of $140,000. Combined, that drove her premium up by $760 to $2,607.

“It seems sad that after 10 years of having my house, it’s such a struggle,” said Hitchcock, a shipyard comptroller.