The home was built in 1992, no China drywall, all the copper wire is discolored, panel is in the basement, no visible moisture. some of the copper supply pipe are also discolored. any thoughts, what about flue gases? the panel is not hot. 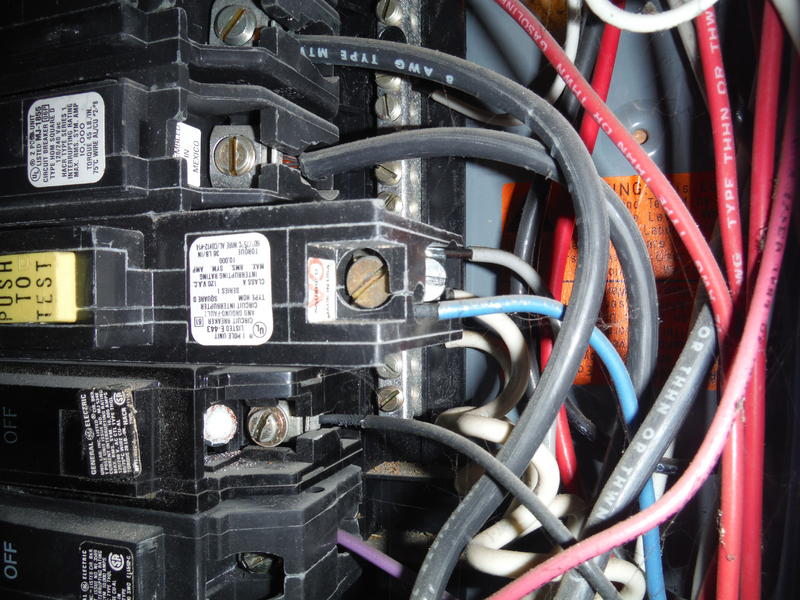 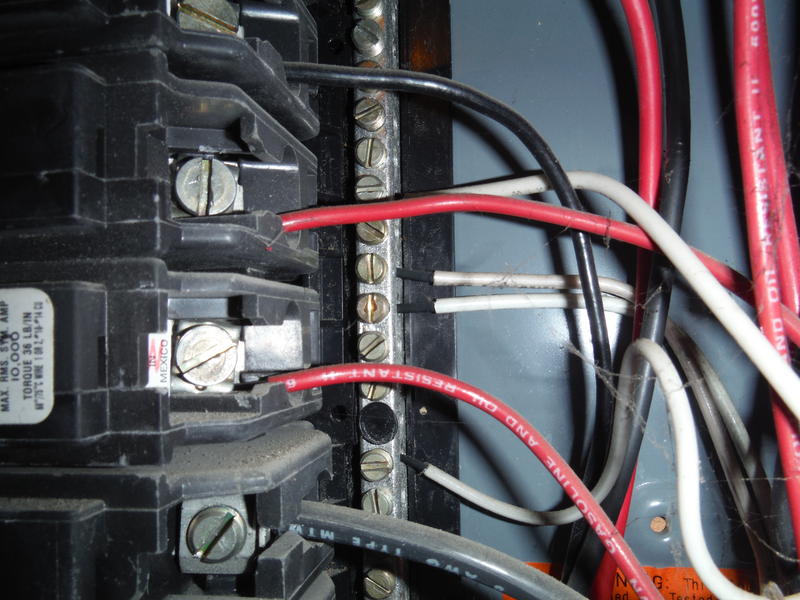 Was a laundry room nearby? Often high moisture and chemicals like chlorine bleach and such can cause that. [FONT=Trebuchet MS,Verdana, Arial]
[/FONT]

Is the house on public water or well?

Lots of chemicals can cause discoloration, well water, cleaning supplies stored near the panel, reclaimed irrigation water, houses that have been vacant and the traps dried up releasing sewer gas. Built in 1992, but any remodeling since, specifically from 02-08? Did you pull any cover plates off of plugs/switches to see if it was isolated to just the panel location? .

Is the house on public water or well?

I think you got it, use to be on a well, with a water softner near by, still has salt in the brine tank

Sulfur water. Eats copper/copper alloys and metals up and wreaks havoc on most everything copper & certain metals, appliances, wiring, piping, crimp rings/fittings, pumps, etc. etc. I’ve seen some extreme cases and not so extreme (where the sulfur smell isn’t very noticeable). Did you check wiring at outlets, switches, etc.? Did you notice a smell? Slightly blackish/tinted water? I’d seriously think about referring it to a water treatment professional and affected areas be evaluated and reparied/replaced accordingly by qualified tradesman.

One of these days, some inspector is going to come across this kind of issue and he will finally have the nerve to just say, “Discoloration of copper wiring in panels due to highly flatulent home owner.”

I have not run against this. But for those who have did you make note of it? What was your narrative.

A hot tub in a confined area will do it also.

Here is a try. I would think it should be acknowledged.

Several of the exposed ends of the copper conductors in the service panel were discolored. This condition is not common. There are several reason for the discoloration including elevated moisture levels. It may be prudent to have a qualified and licensed electrical contractor evaluate to ensure proper and safe operation.

So will an un-trapped floor drain nearby.

There are several reason for the discoloration including elevated moisture levels.

Elevated moisture levels isn’t turning the copper black. It’s a chemical reaction (e.g. chinese drywall.) If it was high levels of moisture, wouldn’t you see some signs of rust/corrosion on the metal box, breaker contacts, etc.?

Good point. How would you report what was observed without boxing yourself in to a corner but still recognizing somethings odd is going on. I’m getting the feeling when this condition is observed it’s not reported.

I posted the exact same thing a couple months back. The buyer opted for a lab test for Chinese drywall and it can back negative. That solves the worst of it so we determined it could be high sulfur from reclaimed water for irrigation. Underground service on a 90’s model home. The owner stated no chemicals were stored around the panel but that side of the house was struck by lightning once. Hope this helps