Do we go back into stocks soon if it looks like a red wave on Nov 7?

Do whatever you want. But elections seem to have little to do with the stock market, according to the numbers. See for example: 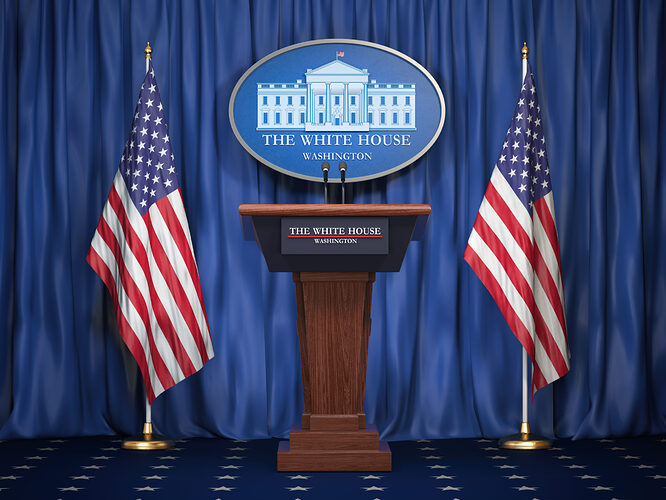 Are Republicans or Democrats Better for the Stock Market?

Is there anything in historical data that can help us sort out which candidate, Trump or Biden, is going to be better for the stock market?

Might not have to worry about investing if our oh so dipshit leaders don’t stop the war on energy. As reported yesterday the nations diesel supply is down to only 25 days. Column: U.S. diesel shortage increasingly likely until economy slows | Reuters

Read how they state it can or needs to be corrected and the issues of stocks rebounding might be moot.

Right now, due to prices and interest rates, houses are pretty much unaffordable in most parts of the country and inflation is not slowing down. So, we are going to see even higher interest rates (since that is the only weapon the Fed has) and a likely worsening recession before things get better. A Republican congress can only do so much if the President is not on board. And, so far, the people managing him are highly reluctant to do anything that resembles real solutions that go against their climate religion. Also, sellers have not begun to panic yet and home prices have not come down much at all. If past market dips are any indicator, then the true pain point is about 3,000 for the S&P.

True however Congress can pass proper bills and if the DA (pejorative) Commander in Comedy (OBiden) vetoes it then Congress can override the veto with a re-vote and 2/3 majority (super majority) agreement on the bill. Obviously our political system (complete with the gerrymandering, fake news, dark money, etc.) has kept the creating of super majorities by one political party to a small number for both Houses of Congress. Unless Americans wake up we may never see an honest super majority of one party occur nor a spate of logical voting by both party members to a truly good bill overriding the DA CIC.

Of course the Republicans do have an opportunity to expose the destruction in this country by not only attempting to over ride OBidens vetoes but also displaying where the Democratic party’s priorities are. I would fully expect if the bills introduced were to correct the country then we may well see lots of Democrats signing onto them to prevent losing their seats at the next election cycle.

In order to get most bills through or override a Presidential veto would require 60 votes in the Senate. Let’s say Republicans have 52. To get something substantial through that most Democrats don’t like will require around eight of them to (in their mind) commit political suicide, going against the twitter mob and their own President. In order for that to happen, events would have to be pretty drastic.

Do whatever you want. But elections seem to have little to do with the stock market, according to the numbers. See for example:

I did really well by going all in the night Trump got elected. It spiked the end of 2016. That’s my recollection.

In order to get most bills through or override a Presidential veto would require 60 votes in the Senate. Let’s say Republicans have 52. To get something substantial through that most Democrats don’t like will require around eight of them to (in their mind) commit political suicide, going against the twitter mob and their own President. In order for that to happen, events would have to be pretty drastic.

Re your example: Read my post above about “super majority”.

As for “political suicide” that is the exact problem we have now that members of Congress, both houses, are more worried about their political career than doing the right thing for the country. Hence my second comment about displaying the Democrats true priorities.

As for your comment “events would have to be pretty drastic” you should look around you. Unless you are very wealthy and insulated from reality we have already reached that point in this country. Additionally by the DA CIC’s )OBiden) own admission we are on the brink of a nuclear confrontation. Gee I think that alone is “pretty drastic”!

So can this DA CIC but he, his minions, and the Democratic other leadership (??) refuse to admit they are wrong and reverse course on their completely FU agenda! Of course if the American people themselves would wake up we can get rid of this cadre of idiots in charge now.

Unless you are very wealthy and insulated from reality

That pretty much describes the politicians in Wash. DC. - they will stick to their ideological agendas until hell freezes over. Wondering if running out of diesel fuel will change any attitudes…

Wondering if running out of diesel fuel will change any attitudes…

They will have to become more authoritarian to maintain control and power…Talk about a possible reset, wait until the grocery stores and pharmacies are empty…yikes.

Look for a huge red wave to sweep the nation followed by a labor led recession, no one wants to work on Maggie’s farm no more for Elon’s 1%.

That pretty much describes the politicians in Wash. DC. - they will stick to their ideological agendas until hell freezes over. Wondering if running out of diesel fuel will change any attitudes…

Yep on the Pols in DC.

If we run out of diesel fuel a whole lot of crap will hit the fan! Of course the Greeniacs will love it until they can’t heat their house, eat, or any of the almost everything driven by energy use.

How would you fix the inflation problem, Nick? It took 20 years of artificially-low interest rates, combined with a purposely-inflicted pandemic and the Dummycrats’ fetish for choking our energy supply, that got us in the mess we are in. When I bought my first home in 1980, the interest rate was 10.5%. We didn’t see that as an impediment to starting our homeownership adventure. The average home price then was about $35,000. But now the average price of a home is about 10 times that much. At 10.5% interest, the monthly payment not including taxes and insurance would be just over $3,200 per month.
My “fix” would be to stop the illegal AND legal immigration problem. That would allow wages and labor rates to rise at the same pace as inflation. I would also “fix” the Federal Reserve so they could never dictate interest rates again. Market forces should dictate interest rates on the national, regional, and local levels. As Ron Paul said: “Abolish the Fed!”

How would you fix the inflation problem, Nick?

Simple. Inflation is too much money in the system chasing too few products and services. So you want to reduce the money supply while increasing production.

But first, as a little side note: The reason the money supply is so big is that the federal reserve has to keep printing money (“inflating” the money supply) to cover the costs of our government that are above and beyond what they collect in taxes.

Back to fixing inflation: To relieve the federal reserve of having to inflate the money supply to pay for government, simply begin to reduce government by laying government employees off and not replacing retiring employees. If this means entire agencies have to close, so be it. The Constitution enumerates the federal government’s duties to only a small handful. Everything else the government does and collects taxes for is unconstitutional (“illegal”). So slowly shut a lot of it down. That solves the money supply problem as the federal reserve won’t have to print any more money to cover the government’s bills.

But wait, there’s more: All those unemployed government employees being thrown back into the productive economy will start working on producing products and services again. They’ll get jobs or they’ll start businesses or whatever. They’ll make stuff and offer services we all need and want.
Every government employee that is let go not only reduces the amount of money the federal reserve has to print, but then also increases production of products and services.

The natural state of prices is to go down, not up. We had no inflation in America for 150 years. We shouldn’t have any now.

“We had no inflation in America for 150 years.”

You just can’t wage & win two world wars then develop the world’s largest and sophisticated military industrial complex while running a perpetual war economy without inflating the money supply, or else how are you gonna coax the billionaires to build the thing and employ necessary manpower… chicken & egg paradox if you ask me.

What he doesn’t see is all the productive stuff we could have been doing instead, to better society.

Our U.S. military pissed away $9 trillion attacking the wrong two countries after 911, and then refused to leave. What’s worse is they didn’t even spend $9 trillion we had, they borrowed it from our kids and grandkids by having the federal reserve print it for them. All that money ends up in the global economy and causes inflation misery for everyone for decades. Maybe next time, find out where Saudi Arabia is first using a 95-cent map.

I personally wouldn’t invest based on election results… but hey. Gamblers are always able to justify their wins/losses. Take credit for wins, blame for losses. It’s the American way! 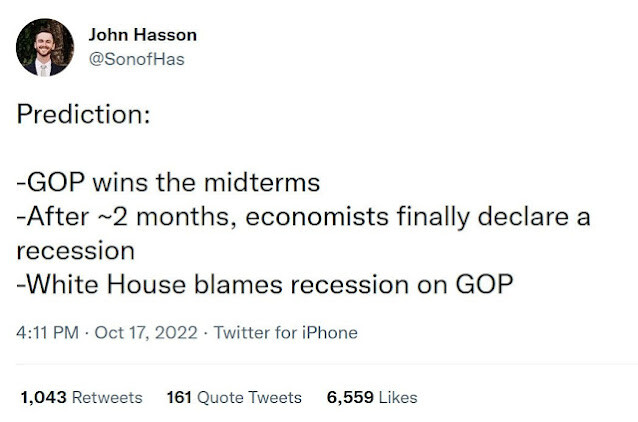