You just want us to blindly follow the link?

You just want us to blindly follow the link?

Did you read the title?

Come on man…Give us something

Getting ready to have a drone license. By the time the FAA comes up with rules the market will be flooded with all types of drones.

The absurd part of the article if you read on is, it’s perfectly acceptable if you use the drone as a hobbyist. The FAA frowns and attempts to regulate it should it be for commercial purposes. My question is, what’s the difference? Isn’t it dangerous whether it’s used as a hobby or a business? Know what the difference is? Yes, MONEY that comes with regulation. Like anything else, they’d (the Feds) would like their piece of the pie. This of course is just my opinion.

Thanks John for posting this,

Humberto ,here is the issue with our government.
It’s all done in secret.
I challenge anyone to pull a public record of what bent the reasoning between hobbyist and commercial .Is there a record of conversations involved,who decided and how were they appointed ?
Where did John Doe have a say so ?
Yet we all vote blindly and simply obey.

In this age of technology is there a better method that could allow us all to weigh in ?

Bob, be quiet. The NSA is listening…

Better cancel my We Got Drones billboard I ordered.

Oh wait we already did that asinine thing with home inspectors down here and it f-cked everything up.

What did you get? Does it come with a camera? Details.

The whole shebang. Here’s the link: 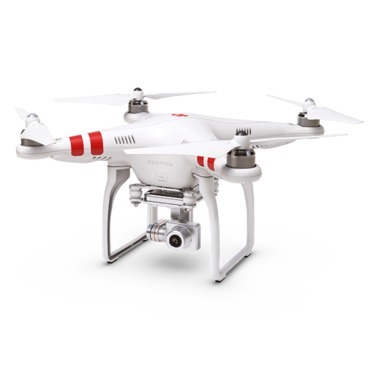 The Phantom 2 Vision+ is simple to set up and super easy to fly, making it the first aerial filmmaking system for everyone.


It’s not cheap, but neither is an I-R camera. Did a lot of research. What I like the most is the FPV (First Person View) so you can see where you’re flying and a GPS failsafe point so if it looses the connection to the remote it will fly home Just hope you have the option to go vertical as it will ascend to 60 feet and fly back. It it’s higher than 60’ it will fly back at that altitude. If there is something in the way, it won’t ‘see it’ and wham. Your investment could be gone.

What I understand the photos are a little slow in capturing images, but I have a top notch video editing program where I can peel off HD images. It records in 1080p HD at 30 frames per second and has a gimble mount for the camera which affords stabilization and panning from straight down up to 90 degrees.

The best place to look is on You Tube and search for the name of the drone you’re looking at. There are lots of really cool videos and even more videos of crashes. It won’t work in all cases, but neither does the I-R Camera.

I build a RC plane many years ago so I have some limited experience flying. The controls have improved significantly and with the GPS, it will hover in position when you let go of the controls (about a 2 meter area depending on wind). It won’t work in all situations and I’m most interested how it works for 2-3 story homes. My house is a prime test bed as I can see one side of my roof but due to my neighbor’s house I can’t see the other side. It won’t take the place of the ability to inspect a roof when you can do it safely the old fashioned way, but may give an edge in other situations.

Very nice Greg! Here are some pictures from today…

Here are a couple more…

Nice. How long have you been flying?

Two months approximately. They’re relatively easy to fly as you described earlier, GPS keeps them hovering really well. Wind has to be very strong for them not to work right. I had never flown RC planes or driven any remote controlled vehicle before getting the drone either. While I was out on injury during the April and May I basically practiced until I felt comfortable enough to take it live on an inspection.

There is a slight lag on my camera as you’ve said. I have the FC40 model. Not too sure about the one you’ve purchased Greg. But for what I needed it the FC40 is fine. Good luck with it and hope everything goes as planned. Remember when you first set it up to set the fail safe mode and return home settings. I purchased mine already set from the previous owner who had purchased it a month before me. I believe it doesn’t come preset from factory although, I may be wrong. Good luck.