Main cutoff with a screw in-between. Haven’t seen this before. Did they put it there to insure the breaker was tight? Comments appreciated. 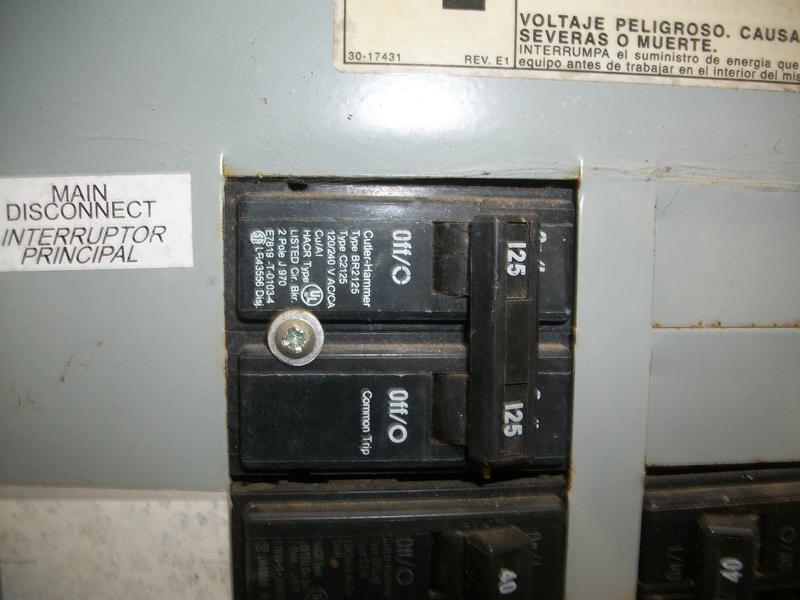 Is it only CUTTLER HAMMER that has this Jeff? I am only asking because I never kept a track if they are on other breakers.

Is it only CUTTLER HAMMER that has this Jeff? I am only asking because I never kept a track if they are on other breakers.

There are a couple others that use this type of attachment method. I believe Bryant uses the same one.

All back-fed breakers require an attachment of some type or another, this is just one method.

Have you ever seen them held on by straps of metal?
This must be the Bryant.

I wouldn’t say I’ve seen them held by “straps,” but I have seen steel brackets holding them in place.

Oops sorry Jeffrey. I meant to put ever instead of even in my question. This was not to imply that you did not know and was not my intent.

I have read where people have removed panel covers and a breaker fell out and caused them to be shocked. I know this is not true unless the breaker that fell out was somehow back fed hot.

This is the reason why codes require that any breaker that is back fed in the field be secured by some effective means other than pull to release. They must be prevented from falling out while energized.

We find this violation in back-up generators all the time. Neither the electrician nor inspector realizes the danger involved with this type of installation until it is too late.

Be aware that in PV systems the inverter will kill the power between the inverter and the panel once the utility power is dead therefore with the proper installation of a solar cell and inverter the back fed breaker is not required to be secured to the panel.