I’m looking for some professional opinions on if this 3 day old concrete is curing correctly.
Day time temps ranged from 35-50s but the night the concrete was placed it dipped to 25F.

They removed the forms after day 2 and the corner breaking off concerned me that it didn’t hydrate correctly. I am not a professional in concrete so I’m really just looking for some peace of mind. 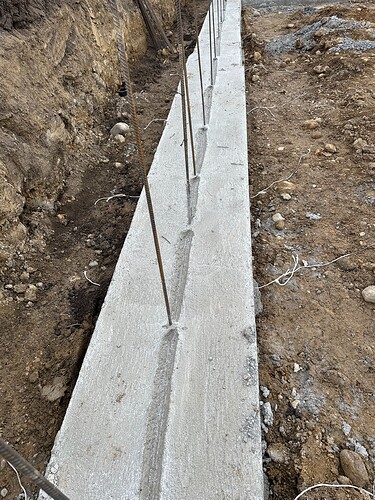 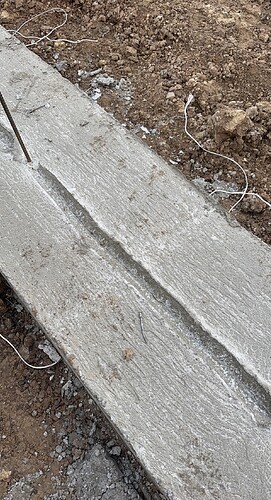 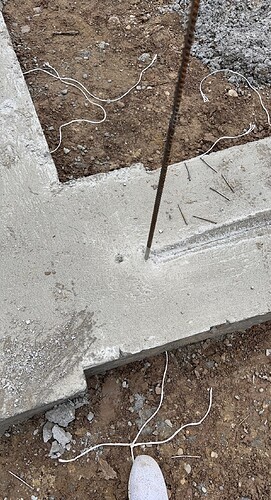 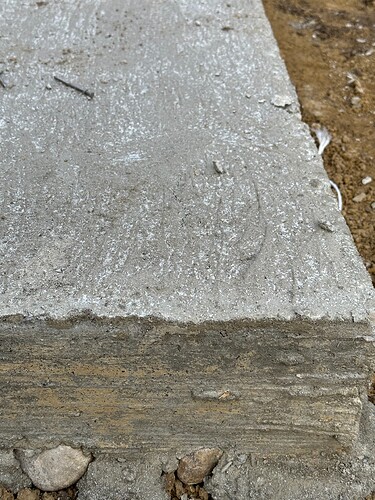 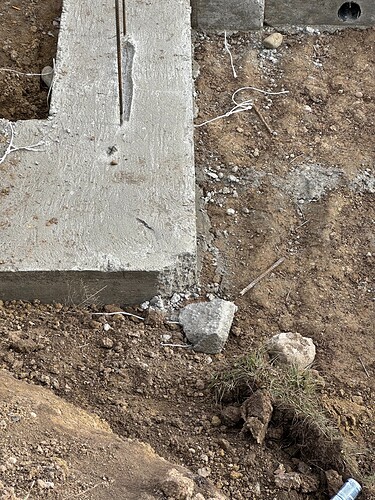 I believe Michael Durante @mdurante is our forum expert on concrete. Maybe he will see this and chime in.

the corner breaking off concerned me

Why would this concern you? 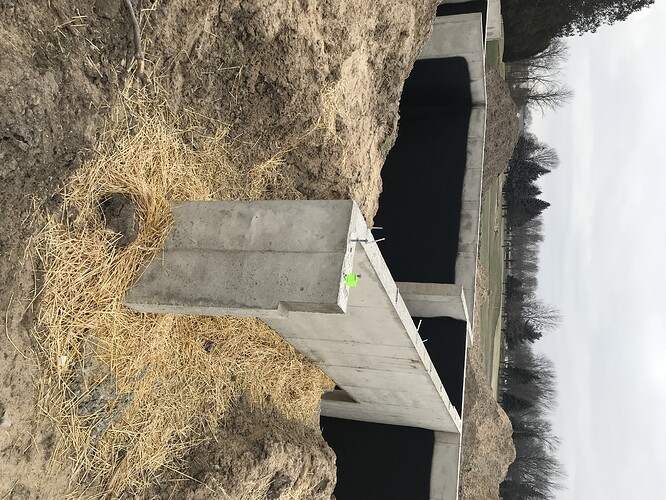 It’s fine. I wouldn’t be concerned with it.

Concrete will generate it’s own heat during the first 24-36 hours, so typically 25 degrees isn’t cold enough to do any real harm. If temps got into the 50s on day two, then it was plenty warm enough. By the time it got into the 20s on the second night, the concrete was set, so again, for it being a footing, no real concern. It’s very common for contractors to chip corners like that when stripping forms. Doesn’t appear that all that much was broken off.

A footing of that width is merely something to set the wall forms on. Just a few inches on either side of the wall is all that is needed. If it were wider, then it would have been designed to “spread the load” of the wall. I have seen much more damage done to footings with everything working out ok.

Looks like the contractor put a bit of a keyway between the rebar. Old school work right there… If it were my house, I would get the wall formed and get it poured before winter really sets in, but would recommend concrete blankets be placed over the poured wall for 48 hours after pouring to keep it warm, if aluminum forms are used.

Concrete blankets, sometimes even a tarp or plywood, special concrete formulation for cold can counter problems.

Imo the temperature range was such that it was on the edge of being a disaster, at least in this area, if they used uncovered regular concrete. The first day/night is crucial. The surrounding earth and forms provided some thermal mass and insulation.

Check for cracking and crazing damage. As mentioned curing produces heat so at that temperature range of 25 the first night, if there is any damage it likely would be on the top surface which is the most exposed area. Does not look like it is damaged in the picture, so probably ok.

I’m looking for some professional opinions on if this 3 day old concrete is curing correctly.

Looks like a typical footing.
If admix was used 2 days is OK. Otherwise, 7 days is a typical poured concrete cure time in my neck of the woods.
Did you get a ticket for sump rate and PSI from the concrete supplier?