Anybody ever ran into this, new build home with 3tab shingles, in addition to practically being able to flip over the entire first row of shingles do to lack of a starter strip there were staples all over the roof. House was a steep 2 story so was unable to walk the roof but just from my ladder alone I could probably count over 20 of these staples. 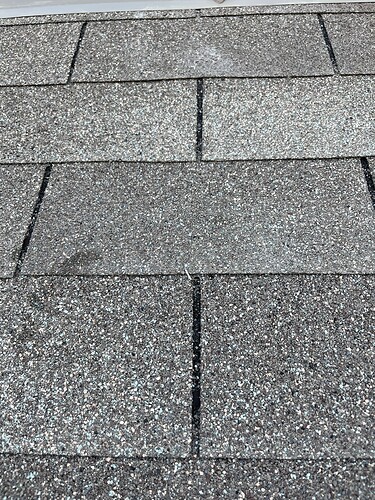 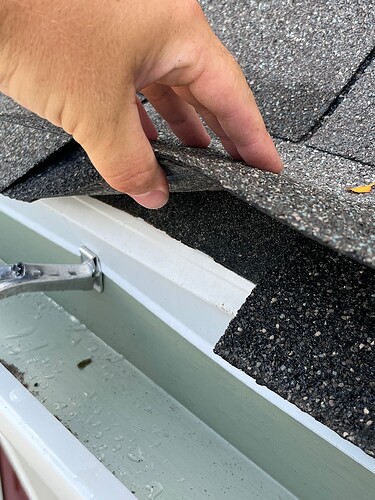 did You pull one to see how long they were??

Funny you say that about the Christmas lights because that’s the first thing I thought when I seen them man someone’s had lights stapled up here, but this is a brand new house just finished in may of this year.

or some kind of signage…people do stupid things…

Wow, those are hanging way too far past the drip edge too…

Was there damage at some point? Maybe a tarp stapled down?

Maybe a pissed off employee?

Was it near a sidewall? Probably to staple down a cloth for the mason or stucco guy to prevent mortar droppings on shingles.

I see the missing starter strip a lot. The lazy roofer just spins the shingle 180 degrees so that the solid rear is at the edge rather than cutting off the tabs as required by the (all) shingle manufacturers. It leaves the adhesive strip in the middle instead of at the edge. The worst part is that the shingle installation instructions are printed on the back of every bundle in both english & spanish. There is no excuse.

The staples don’t belong, the reason why someone applied them isn’t as important as what to do about it now.

The part I was looking is a bit later where he’s stapling directly to the shingles but this is still pretty good. 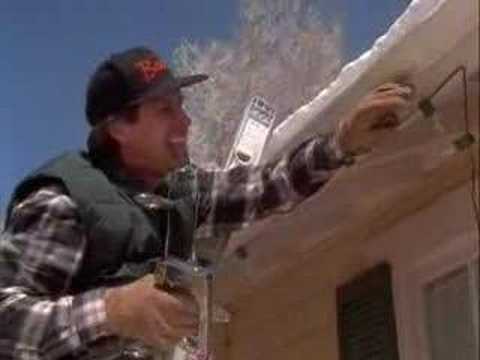 See them all the time. Stucco guys staple plastic sheeting down to prevent splashing cement/polymer on the shingles, but do not remove the staples.