I could use some education on PVC pipes for furnaces.

I understand that each manufacturer may have certain requirements.

I get confused with the one pipe and two pipe systems.

The one today wasnt sloped correctly and the other was discharged at the furnace.

Please help me too understand. 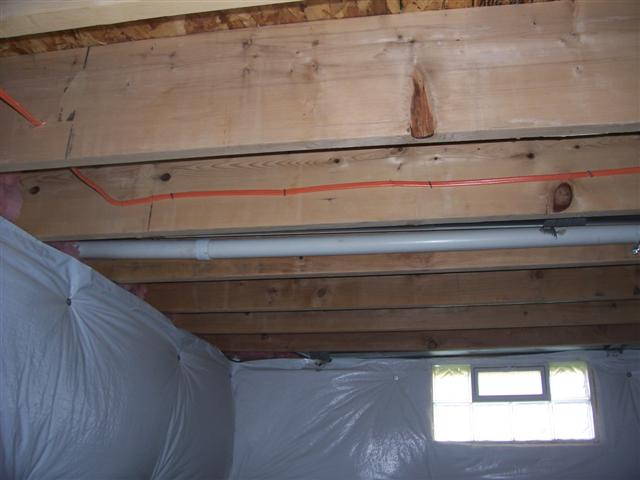 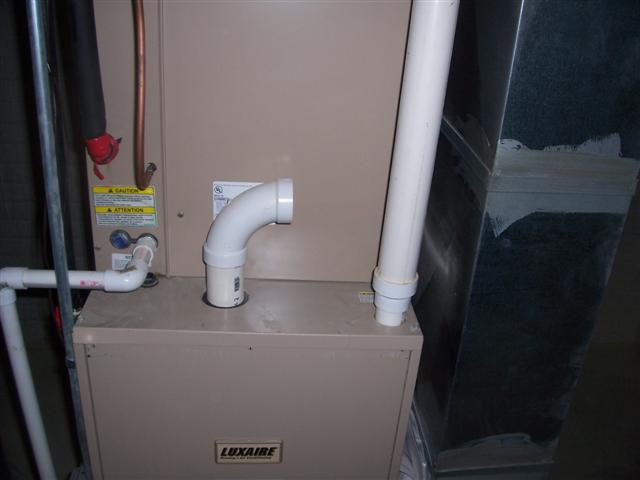 A two pipe system draws the air in from out side using one of the pipes, uses it for combustion and expels it out the other pipe to the outdoors. This is a closed combustion system.

The overall efficiency of the system will be less than the stated efficiency if it is installed as an open combustion system using only one pipe.

Some installers may choose to install it as a single pipe if the installation for a dual pipe is too difficult (ie, going though a stone foundation, there is a problem with locating the intake within clearances, too cheap or lazy, etc ) but in the end it is the homeowner who suffers because they have paid for a furnace of a certain efficiency that was installed in a less than optimal way.

It is important to note that they is a system on the market where the two pipes appear to join as one before going through the wall. This is really one pipe inside of the other. It is referred to as a coaxial, concentric, or co-linear system. These systems still have two pipes leaving the furnace so it should be fairly easy to tell.

Incidently, what you have pictured is an open combustion system because the intake for the combustion air does really go anywhere and is drawing its air from inside the house.

Piping should be supported every 4feet. Otherwise the pipe starts to sag. Like it shows in the photo and traps water. This interefers with venting action and may cause proving pressure switch to open. Will most definitely cause carbon monoxide levels to rise in the flue during longer furnace run times.