I am not sure what this roof sheathing damage is. There does not appear to be any apparent water/moisture intrusion. Strange lamination failure. There was a lack of adequate attic ventilation, recommended repair.

Other areas had what looked to have been original plywood sheathing replaced with OSB. 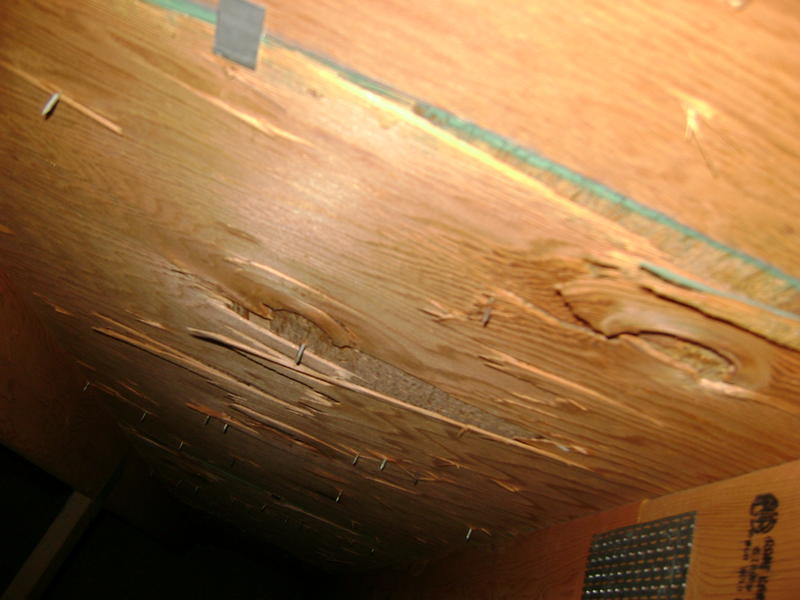 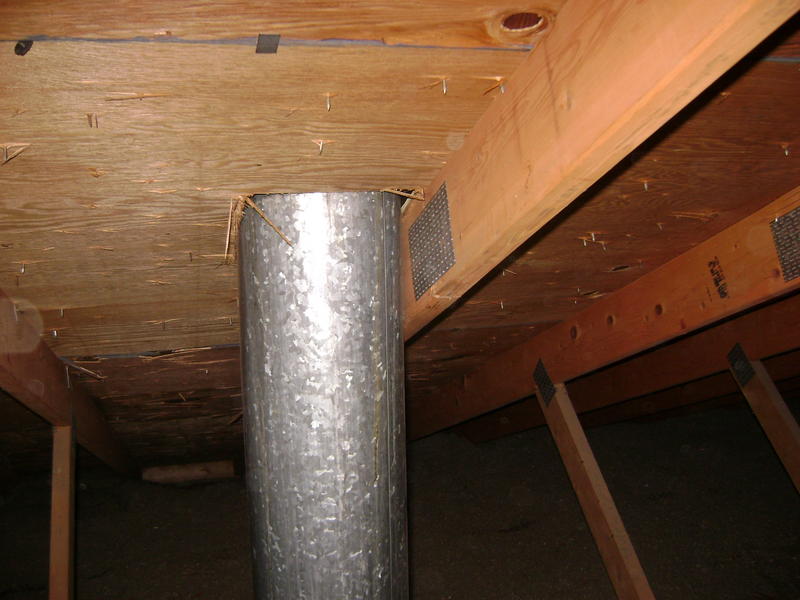 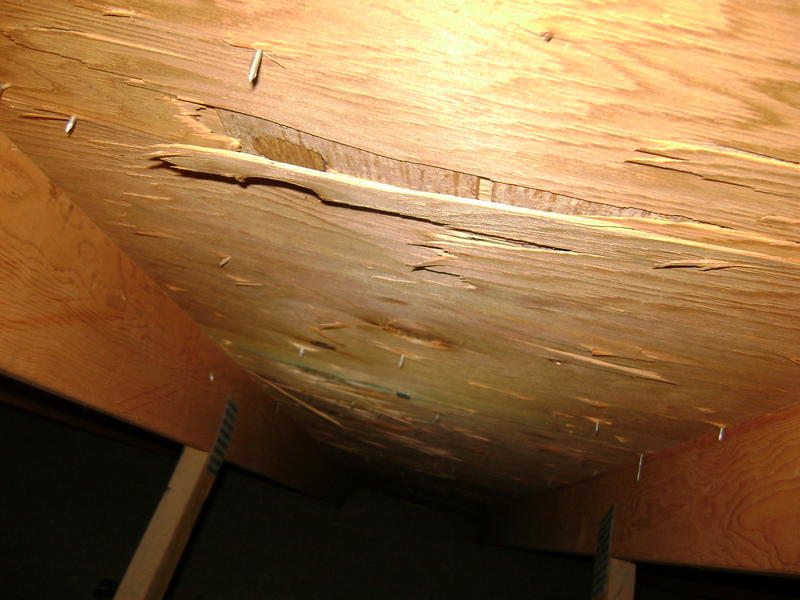 That’s what I was thinking, Carl.

I would certainly note the extended delamination of the plywood…especially, if I was a heavy guy and walked roofs.

Doesn’t pic 2 show low sagging area of decking between rafters ? Other areas have already been replaced with OSB as said by OP, Also OP says inadequate venting of attic. Sounds like plenty of servicing is needed above and beyond inspectors report noting numerous deficiencies.

Is that what you would write up for a client?
How do you know if it was low cost or cheap? Defective is a possibility but then again I never refer to plywood as a board as you did, so I’m assuming when you say defective board, you are referring to the plywood ???. Delamination in ply is usually a moisture issue.
It has not been brought up in this thread- how thick was plywood used? What’s the conditions above it on roof ? What was the reason for replacements at other areas w/ OSB ?

The sheathing just dried out a bit with minor delamination. Normal actually…I don’t see anything to report.

I would certainly note the extended delamination of the plywood…especially, if I was a heavy guy and walked roofs.

I’m just saying I can’t tell based on the limited images posted. I would be reluctant to recommend an entire new roof based on a small amount of delamination. In this case, only the poster can tell for sure how severe the issue was.

I’m just saying I can’t tell based on the limited images posted. I would be reluctant to recommend an entire new roof based on a small amount of delamination. In this case, only the poster can tell for sure how severe the issue was.

Agree…:)…and I would still note the delamination in my report, at any rate.

Based on the fact that it was noted the attic lacked sufficient ventilation I would state " the inspector observed minor delamination possibly caused by lack of proper ventilation. The inspector recommends evaluation of attic ventilation and possible correction by licensed roofing contractor."

My original thought was manufacturing defect. 40 year old home. There was 5 sheets in the pictured condition. With about that many replaced with OSB. The placement of the de-laminated sheathing, and replacement OSB was random, so strong hunch is was not moisture intrusion. Bottom layer could be partially splintered away by hand (most of sheet), smaller area second layer could be pulled away as well. Please excuse the lack of enough information, my second or third defect post. I always think why don’t people post more information so they can get an informed opinion?

Thank you all for the replies.

That’s damage, not delamination! I bet $20 that’s where they stacked 10 squares of shingles waiting to be installed!

Probably 22 squares total with roof and overhang. Looks to be centralized off loading at one area in front of house, and another in the back, opposite sides of ridge, roughly on the same trusses. It’s possible anyways. Humidity or temperature would effect all the sheathing equally, unless production defect of only some of the panels.

Will try to get a plywood thickness measurement next time.

Not worth reporting or even picture.

The damaged areas corresponded with some soft areas while walking roof. Not a lot of deflection.

Not worth reporting or even picture.

Well, except that if I were a buyer, it looks bad, and I’d want a logical explanation as to why I shouldn’t worry that’s it’s defective, since some has obviously had to be replaced. If it’s not a problem, why has some been replaced?