Man, if I were a code guy I’d sure make them move that window…

The neighbor’s connection looks good too, not to mention the gutter-n-downspout…:roll:

Was that the service drop, and was it at least 3 feet away from the buildings?

Was that the service drop, and was it at least 3 feet away from the buildings?

This was the SE cable coming in (alongside the building) from the utility pole out at the street. The drip loop and bldg attachment is about 3 feet away on the right side of this window.

I simply deferred this connection to a licensed Electrician.

Thanks David, here’s something that looks similar: 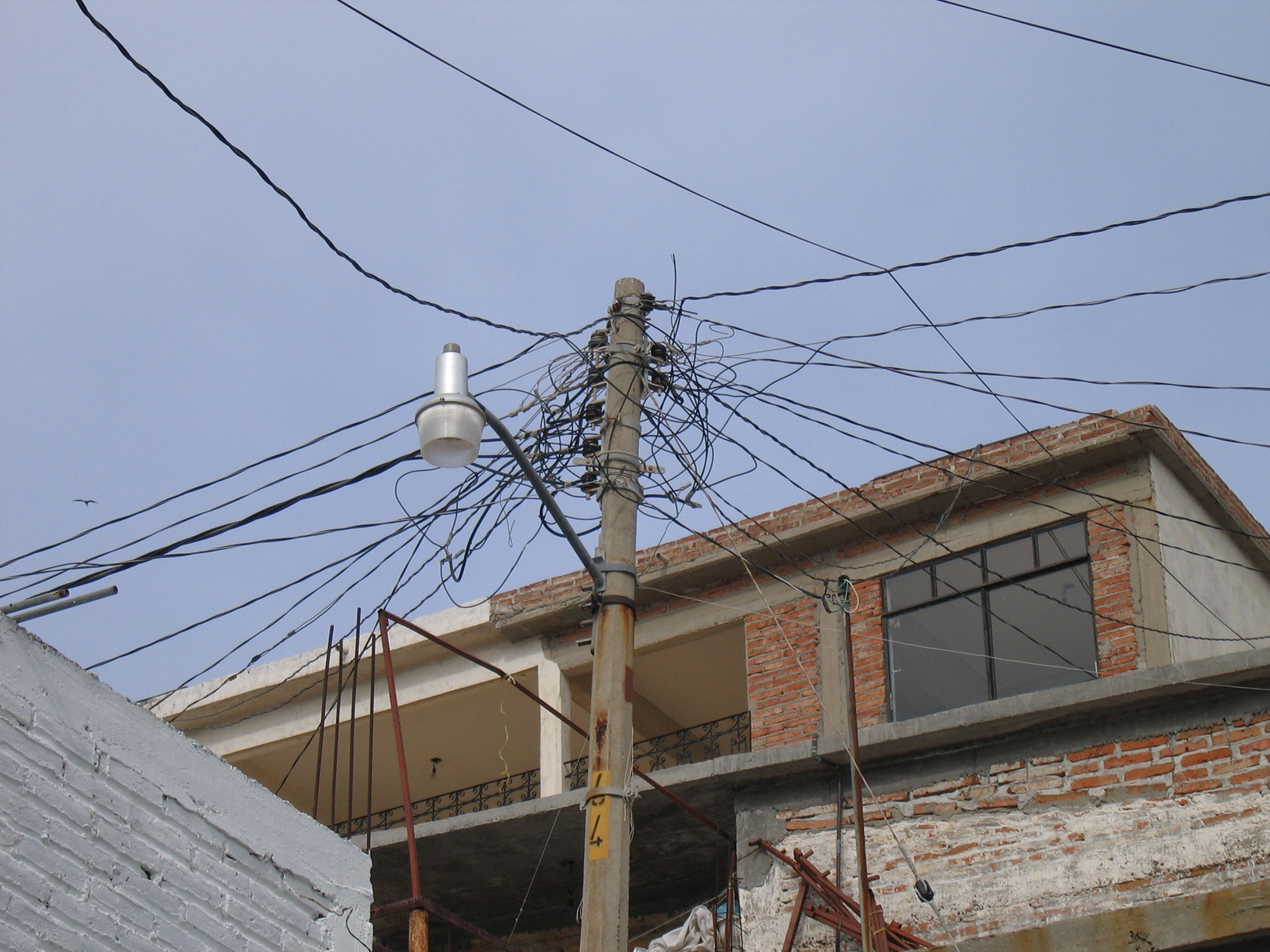 I knew that pole looked familiar. It could have been down the street from Lydia’s abode.