Sub panel right next to main panel. Ground conductors from branch wire circuits from the subpanel are actually routed to and connected to the busbar in the MAIN PANEL. Is this incorrect?
Never saw this before. 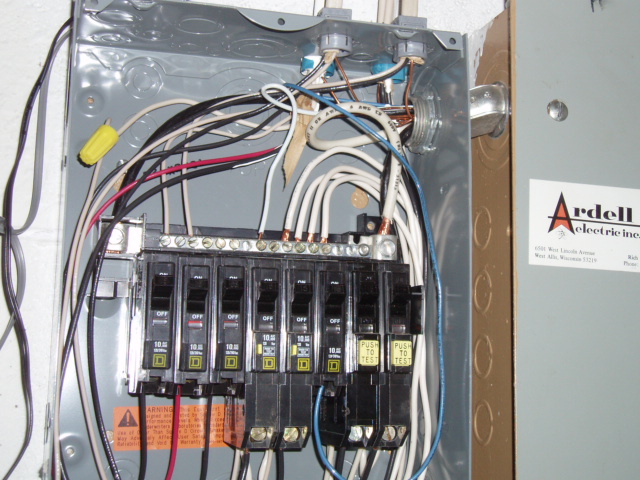 There is nothing wrong with this type of installation although I would never have done it like that.

In a circuit with an isolated ground the equipment grounding conductor is required to go all the way to the service.

The panel box is not listed as a “raceway.” Other than that, if the cabinet is bonded properly, it shouldn’t affect its functionality, but I would call it out as an “unprofessional installation.”

Installs like this make me pay extra-special attention to other electrical modifications that have been made to the residence.

Installs like this make me pay extra-special attention to other electrical modifications that have been made to the residence.

As I was posting my reply I was thinking the same thing, wonder what the rest of the house looks like?

In a circuit with an isolated ground the equipment grounding conductor is required to go all the way to the service.

Could you explain that Mike? I know I’ve read something similar, but I don’t remember what it was in reference to.

IG is used when you don’t want any more noise on the grounding than necessary. You are allowed to bring an INSULATED grounding wire through any distribution panels unconnected and connect it to the grounding bus in the service disconnect.
This is not an Isolated Ground

I agree with Mike that there may not be a code violation here but it is certainly a lot of extra confusion simply to avoid buying a $3 grounding kit.

I ended up not calling it out as I had to provide the report prior to this discussion, but it did make me question it. The rest of the home surprisingly enough was not in bad shape and appeared profesionally done.

Kevin,
Good to see you back on here. Where you been?
Stu

Oh just plugging away at it trying to earn a living. You know how it is.